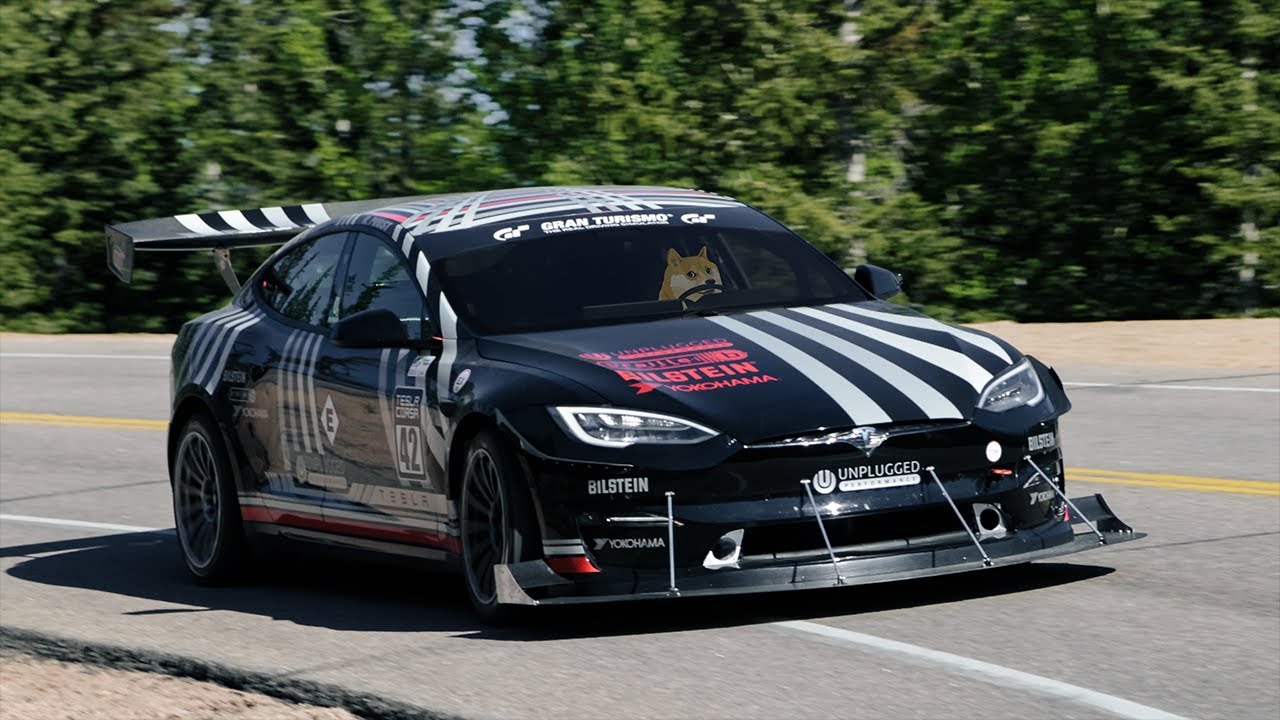 Unplugged Performance has taken its Tesla Model S Plaid to the highest race in the world. It’s making the Pikes Peak Hill Climb with a highly modified version of the car at 14,000 feet, and to little surprise, it’s fast as heck.

Watch this video, taken from inside the car with pro hot shoe Randy Pobst behind the (round) wheel of the Tesla Model S Plaid. This isn’t a full run of the 12.4-mile route to the clouds, rather a practice session on one of the route’s segments.

If you’re going to watch the clip, and you really should, turn down the volume. It’s a Tesla, so there’s no engine noise, but there is a siren going the whole time that will probably get a little grating.

Though the Pikes Peak road is now fully paved, it’s still largely exposed. With nothing in the way of guardrails preventing an overenthusiastic or undertired driver from launching off of a literal cliff into the rocks and trees below.

The car is running in the exhibition division and as of printing had the fastest time in the class on that segment. Pobst and Unplugged took a Tesla Model 3 to the event last year, which ended in a serious crash that sent the car and driver airborne and nearly into an abyss that’s known locally as Bottomless Pit.

In the video, it’s apparent just how powerful the Tesla is, especially when compared with combustion-powered cars that lose a great deal of their sea-level horsepower long before they get to the top of the mountain.

It may be a little early to be talking about the holiday season and Christmas, but we’re in mid-October already and with all the...
Read more

Lucid Motors will launch its driver assistance system called DreamDrive Two versions will be available, with or without Lidar This is not a...
Read more

Range has been increased to 359 kilometers Base price will now be $59,950 in Canada This price reduction allows the XC40 Recharge to...
Read more

The plant currently assembles the Levante and the new Fiat 500. The Mirafiori plant will build Fiat, Maserati, and other EVs. Some might say...
Read more
Previous articleLeaked: This is the Next Audi RS3
Next article2021 Ford Mustang Mach-E GT Performance Offers 418 KM Of Range