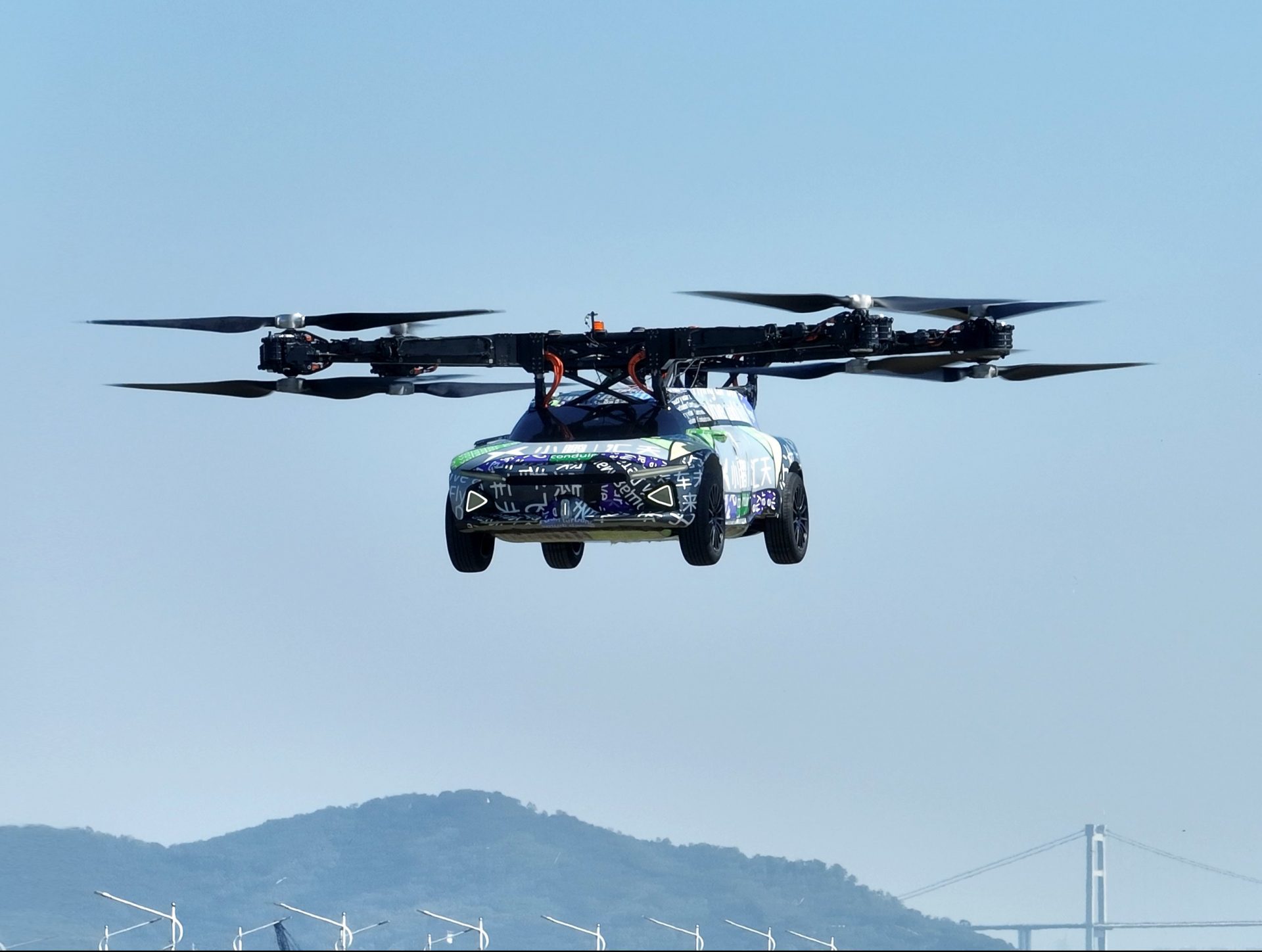 Chinese EV-builder Xpeng has just dropped a video of its new flying car prototype. Internally badged the X3, it’s like a large-scale quadcopter drone. A car with four rotors strapped to the top that can let it switch between driving and VTOL flying.

The video shows the Xpeng X3 taking off, making a small flight forward and then doing a hover. It’s not the most stable takeoff, but the ride looks to steady out after that. This is still just a prototype, so that’s likely an easy fix for the software team. After the hover, the X3 makes a turn and then comes back for an easy landing.

Earlier in October, the Xpeng X2 made its first public flight. This flying car concept is a quadcopter drone like the X3, but instead of wheels, it has helicopter-like skids. It’s heavy on the flying, but comes up short on the car part. The X3 has wheels, for a start. And the rotor blades are above head height, not the waist-cutting height of the X2’s.

Beyond the test flight shown, Xpeng says the X3 has undergone testing that included testing it in flight with a simulated motor failure. In drone mode, the car is flown using the wheel to rotate and the gear lever to go forward and backward. On the road, it’s driven like a normal car.

While VTOL flying cars have the potential to reduce on-road congestion, they present challenges of their own, including the need for drivers to learn to manage traffic in one additional dimension.

According to a detailer, panel fit has gotten worse. Rivian is ramping up production and it looks as though corners are being cut. Assembling...
Read more
Previous articleHonda May Revive the Prelude name: This Week’s Best Rumour
Next articleBuick Reserves the Electra Name for its Electric Future