News Why the Nissan Ariya Concept Has a Horizontal Dashboard Screen

Why the Nissan Ariya Concept Has a Horizontal Dashboard Screen 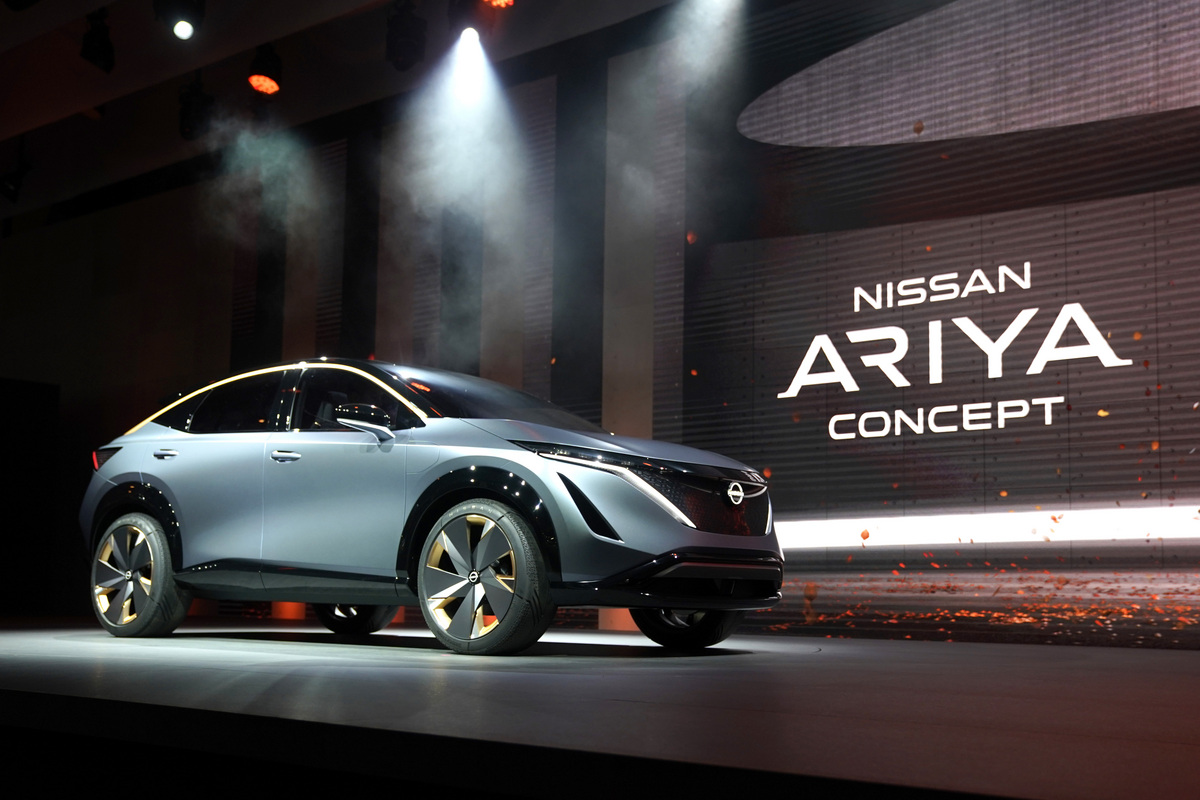 The slick instrument panel is said to be both functional and less distracting.

The Nissan Ariya Concept was introduced at the most recent Tokyo Motor Show back in October, a sleek and attractive fully electric crossover that boasts a new design direction for the Japanese brand.

5 Questions About the 2021 Nissan Versa

Dubbed Timeless Japanese Futurism, this styling language was used to pen the Ariya Concept as well as the Nissan IMk Concept—revealed in late September. According to Nissan Executive Design Director Satoru Tai, “both vehicles embody the possibilities of instant, clean, powerful driving performance in a seamless manner. They express the connectivity and autonomous capability of the coming era in a distinct, Nissan-branded way.” We couldn’t have said it better ourselves. 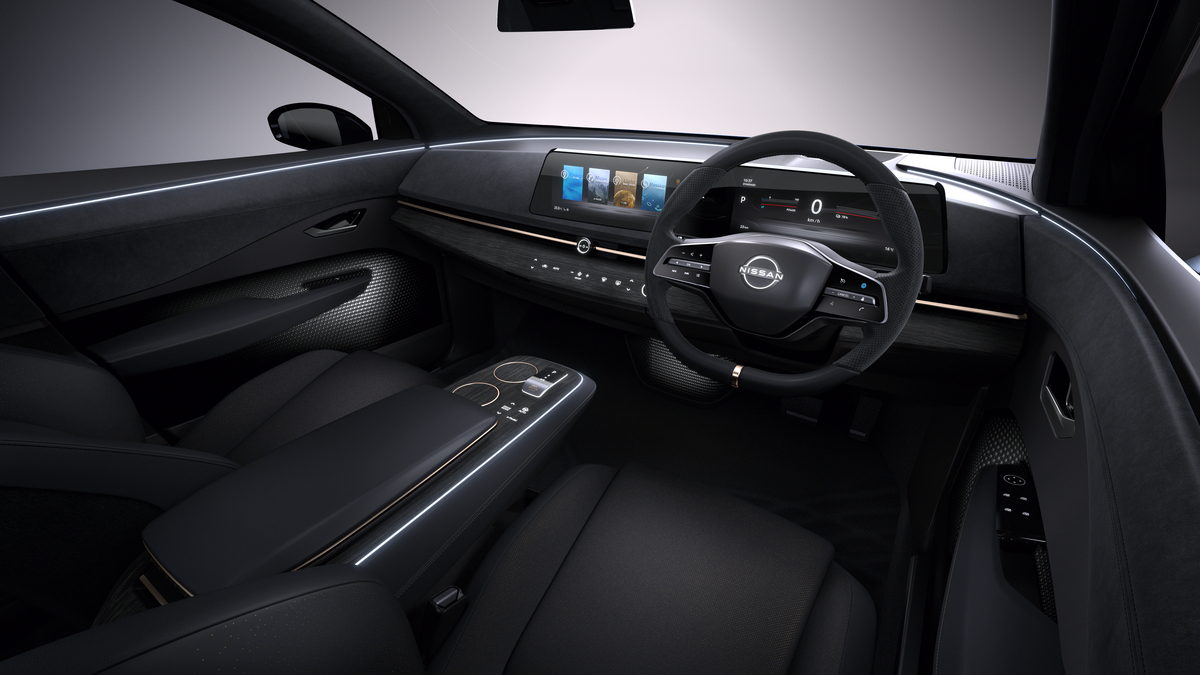 One of the Nissan Ariya Concept’s particularities is its fully digital dashboard, which consists of two screens in a curved display, and the decision to go ahead with its horizontal layout was based on many aspects considered during the concept vehicle’s design and engineering process.

As a matter of fact, Nissan resisted the temptation to mimic so many other automakers and install a super-sized, tablet-shaped infotainment screen on the top of the dashboard. Instead, it went for design and vision first and foremost, and here’s how they explain their decision.

“The human eye naturally looks from side to side while driving,” stated the senior manager of the HMI (Human Machine Interface) engineering team, Tomomichi Uekuri. “People can see and absorb more information if it’s laid out horizontally. Peripheral vision works this way as well.” 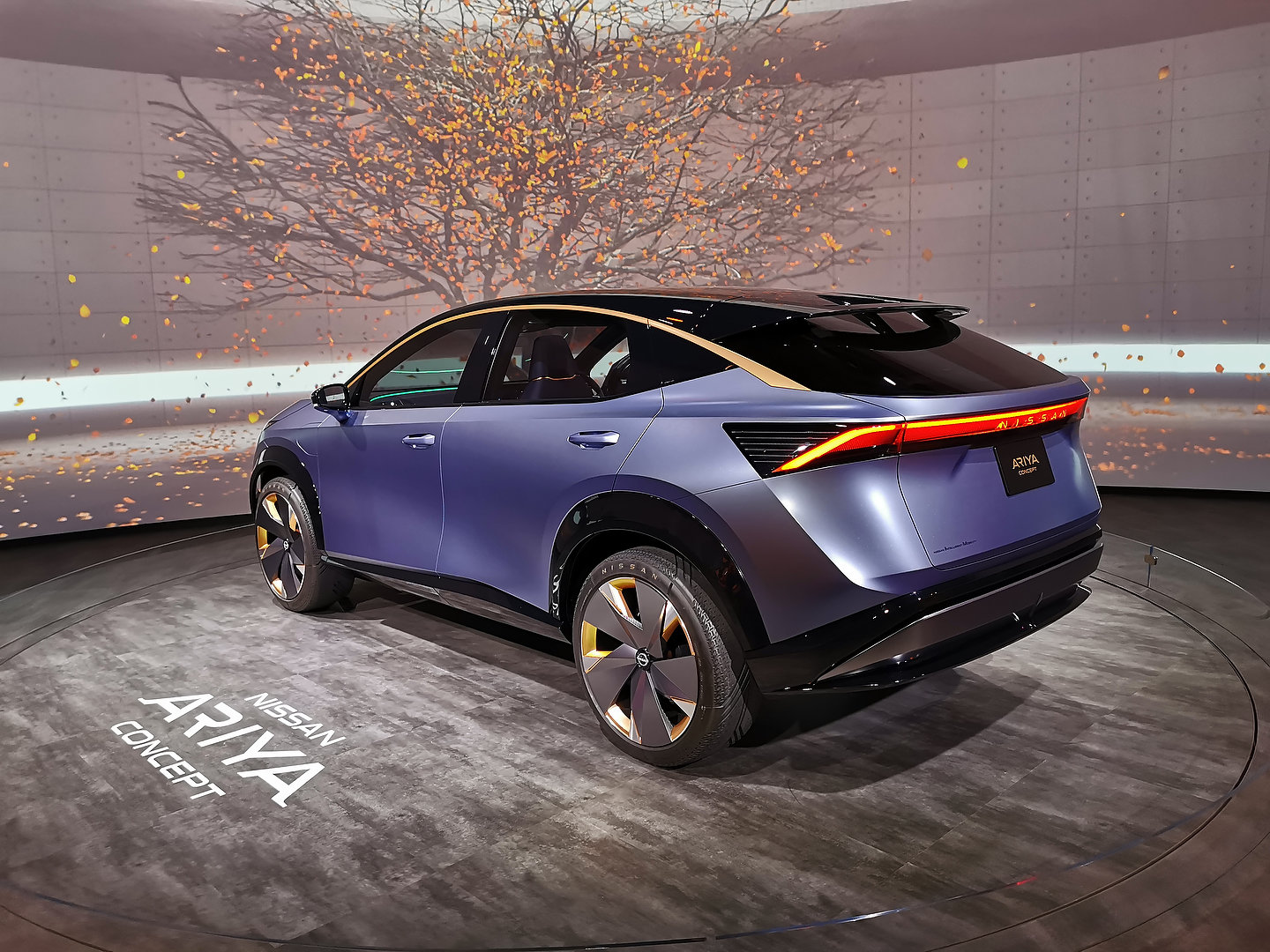 The instrument panel’s flat and wide layout blends in with the dashboard’s design, and unlike an infotainment screen perched on the middle of the dash, the Nissan Ariya Concept’s dual-screen setup is said to be safer, since it’s located in the driver’s line of sight, closer to the road.

The screen located closer to the middle of the car displays stuff like audio, climate and vehicle status information, while the one in front of the driver presents the usual driving info like vehicle speed, range and safety system warning lights. Both screens are housed in one curved panel, and info can be moved or swiped between them, according to the driver’s preferences. 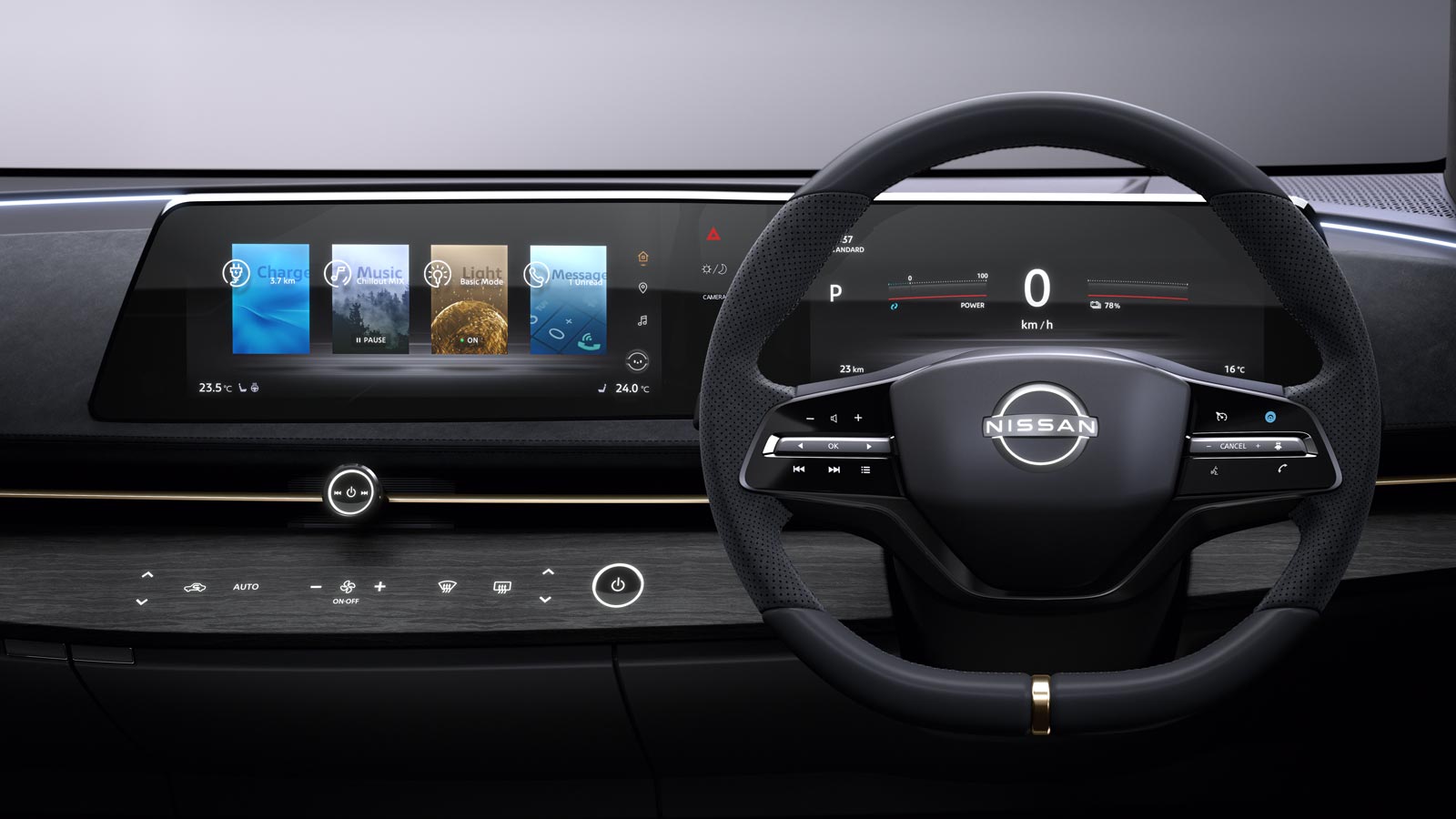 Otherwise, the dashboard’s minimalistic design includes a touch-sensitive surface with haptic-feedback button zones that glow when the vehicle is turned on, and disappear when it’s turned off. The only physical buttons are a multifunction knob for the infotainment screen and the start button.

Not much info was announced regarding the Nissan Ariya Concept’s electric powertrain, but since it’s purely a design exercise, it doesn’t really matter. However, the vehicle is said to be equipped with a high-performance dual-motor setup, creating an all-wheel drivetrain, and the company announced last year that it was working on a fully electric AWD powertrain setup for its future products.

Last but not least, the Nissan Ariya Concept’s cockpit is devoid of road noise, thanks to a new technology the brand calls an acoustic meta-material.

The automaker mentions the fast pace of changes in the automotive industry to justify its decision. Car shows have been declining in popularity...
Read more
Previous articleJW EV – The Upcoming Genesis Electric SUV’s Codename
Next article2020 Subaru Crosstrek Limited PHEV: Limited In Availability And Ability