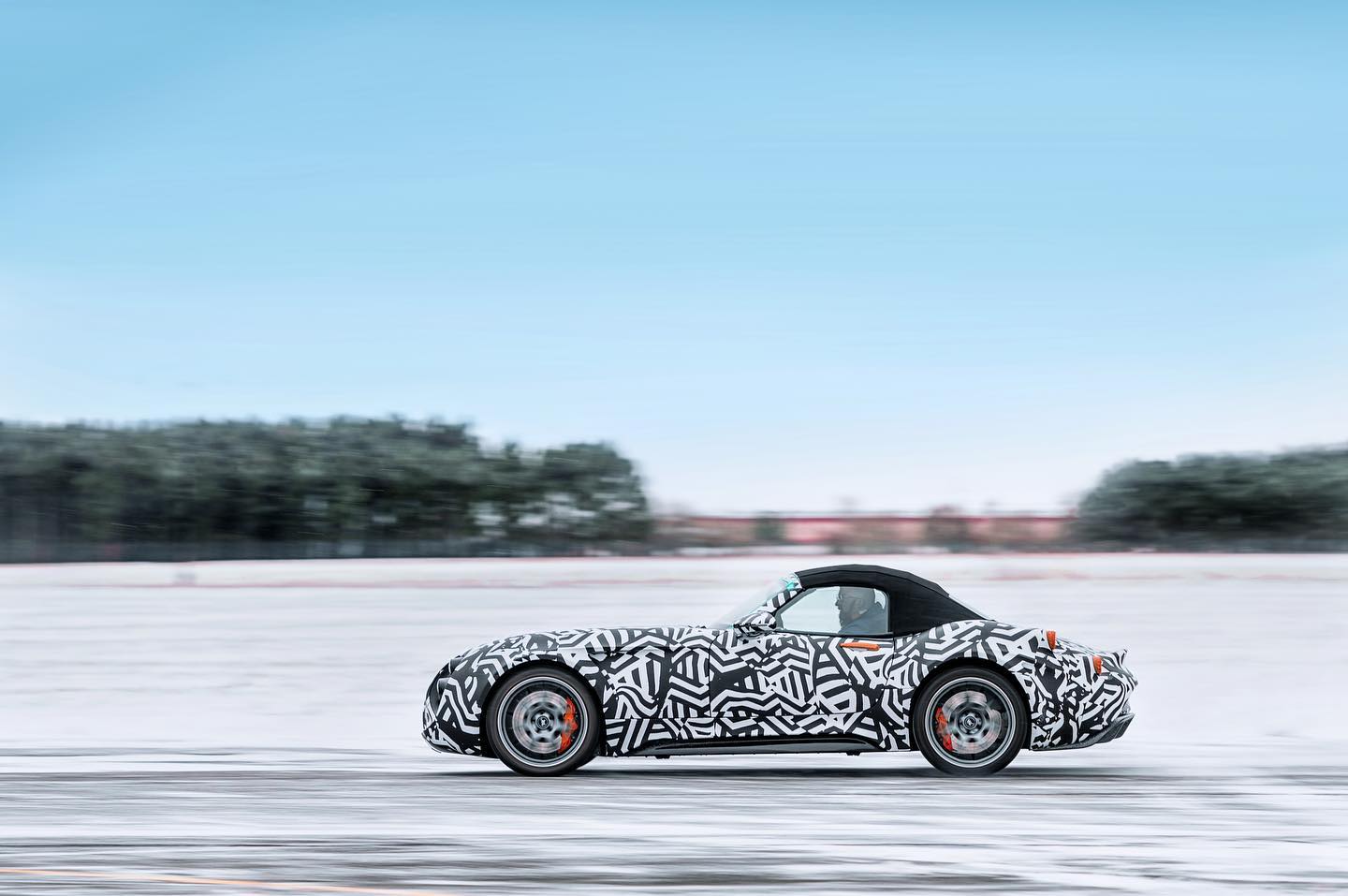 Wiesmann is a small German automaker known for building coachwork-style cars on BMW platforms. Its latest is called Project Thunderball, and while the company calls it “a sports car befitting the modern era,” it looks to be more of Wiesmann’s signature styling, though this time may be on its own architecture.

Project Thunderball is the first Wiesmann to be designed and built under the arm of new owner Roheen Berry. It will be built alongside the automaker’s planned Gecko sports car at the company’s German factory.

The images we’ve seen so far show off a roadster with traditional long hood, short tail proportions, though the tail itself seems more than a little unusual. A ducktail and illuminated taillights sit well underneath what appears to be another set of rear lights. this could be simply disguised aero efforts, requirements for another market, or Wiesmann’s efforts to throw us off the scent of the new car’s looks.

“Thunderball will continue Wiesmann’s reputation for setting the standard for performance, craftsmanship and sheer enjoyment. With its unequivocal style, this is the Wiesmann fit for the 21st century, and this is just the beginning,” Berry told Autocar.

No word on power and performance, but the Project Gecko is expected to use a version of BMW’s 4.4L twin-turbo V8 and eight-speed automatic, so the Thunderball will likely use the same. Expect more information over the coming months.

Elon Musk says the first units will be built this summer, with full-scale production next year. The specifications and price of the electric...
Read more
Previous articleCalifornia Gains Back the Authority to Set its Own Emissions Standards and Mandates
Next articleBMW Buys Alpina Brand, Takes Company Inside From 2026