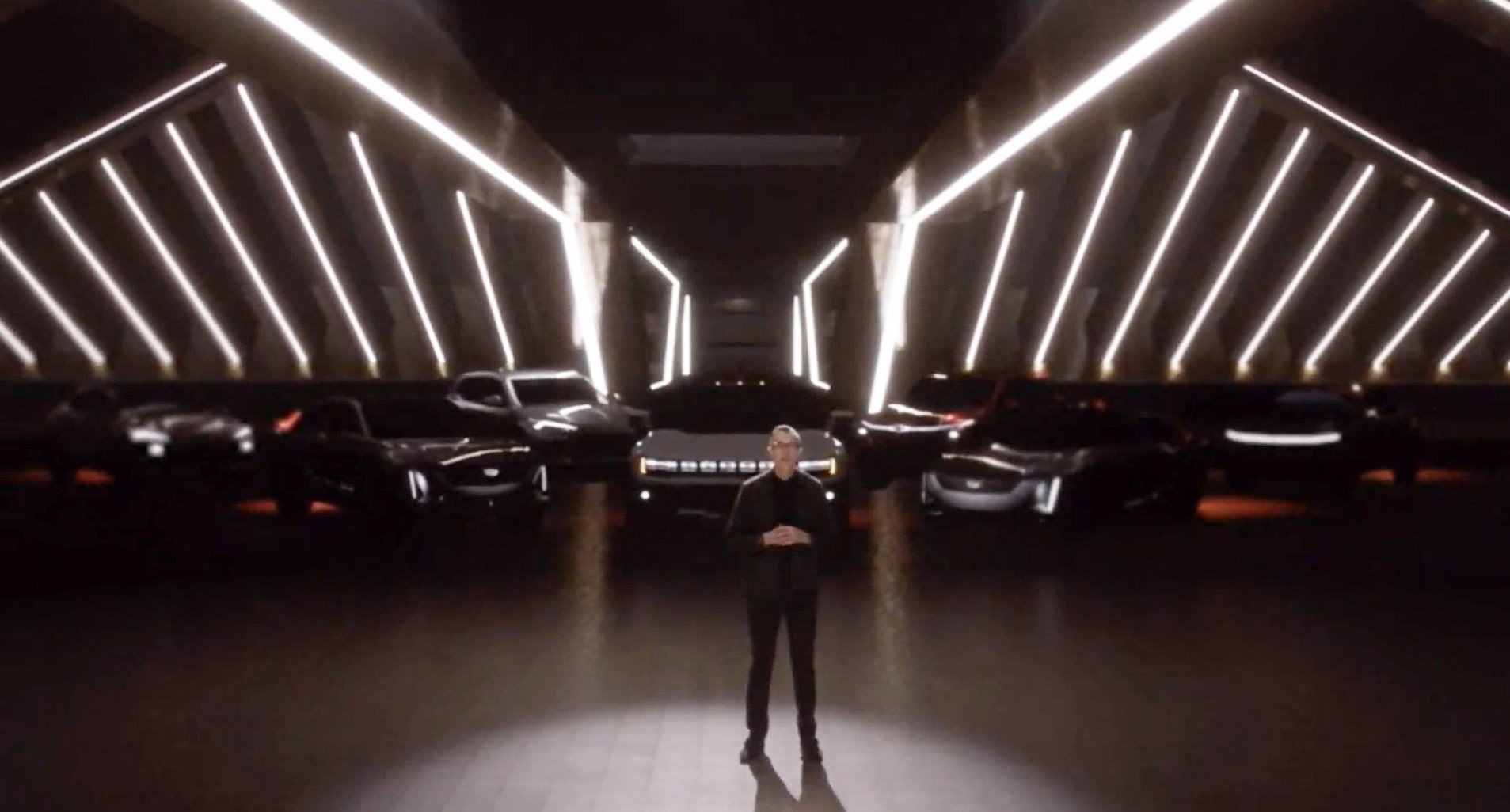 Today in its CES Keynote, loaded with projects for the company, General Motors appears to have given us a glimpse of four new EV models. They’ve also had one of their top designers talk about the revolution of automotive design that is coming with electrification.

The start of the EV era is the “most significant change in vehicle design since the 1920s,” said Michael Simcoe VP Global Design for GM. And this is our best look at several of GM’s planned new EV offerings so far.

“The power to reimagine the personality of the vehicle in light, colour, and sound,” said Simcoe.

Simcoe said that a refreshed Chevrolet Bolt EV and the new Bolt EUV would both be in dealers this summer as part of GM’s efforts to put 30 new EVs on the market by 2030. He said that the Buick Velite EV family would grow in China including three new Ultium-platform vehicles with crossovers and SUVs.

Simcoe said that two of the vehicles were behind him in the photo. He gestured over his right shoulder (camera left) toward the vehicles. Brightening the photos gives us a better look at the EVs behind him, and what appears to be a total of four new GM EVs.

Left of screen, behind what looks to be the Cadillac Celestiq, are two vehicles. On the right looks to be a new crossover that we believe could be a new Velite electric crossover. To the far left, is what looks like the Velite concept Buick showed in 2016, suggesting that the other Buick may be a sedan, a body still popular in China.

Right of screen is what looks like another Celestiq, but behind that is what appears to be a new pickup. With a nose lighting signature that suggests it’s an EV, and a footprint much smaller than the (already smaller than you think) Hummer electric. Right of that is another face we haven’t seen before with a similar lighting signature, but without enough visible detail to tell what it could be.

While we’re putting a fair bit of speculation into what these vehicles could be, the fact that they’re carefully shrowded in darkness means that they are likely to see production and just aren’t yet ready for prime time. Expect to see them revealed over the next year.