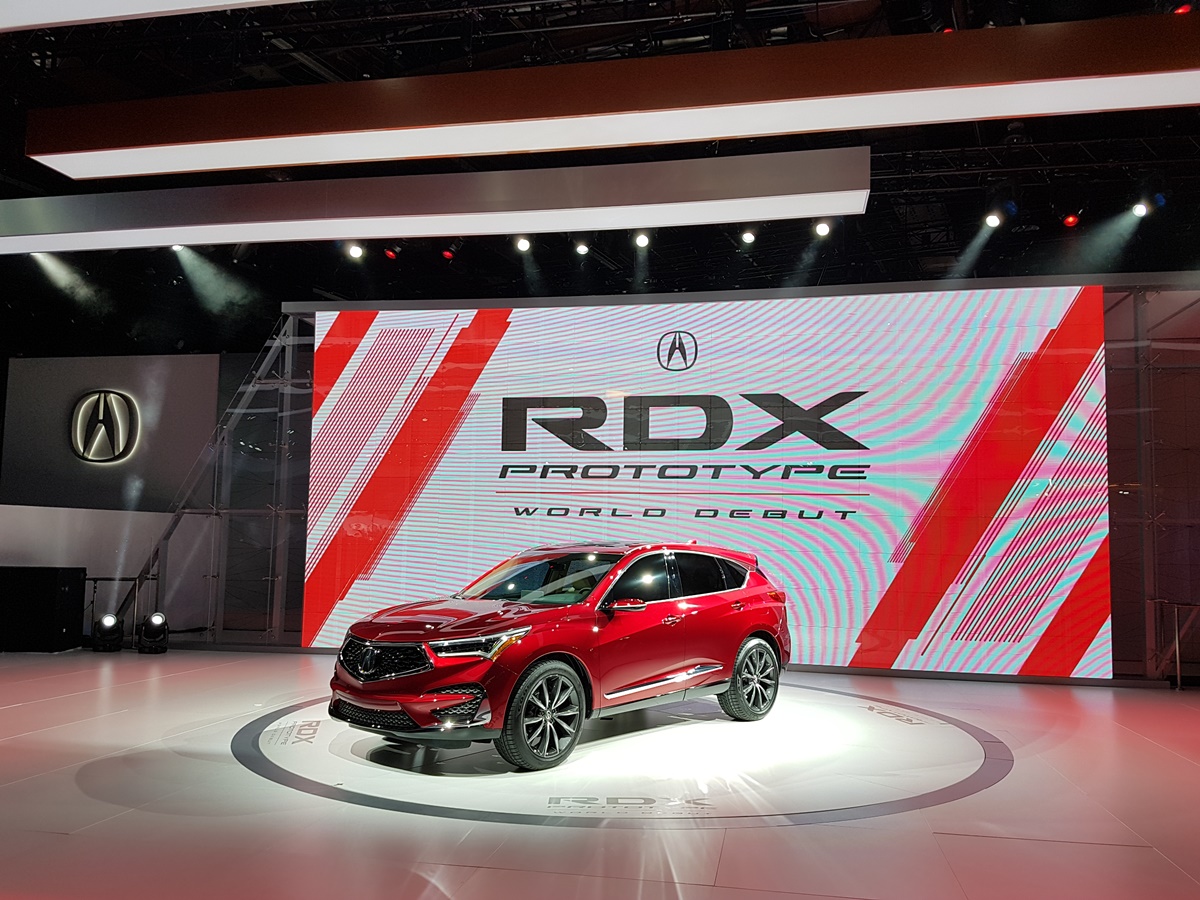 Acura just unveiled the 2019 Acura RDX at the North American International Auto Show, and it is the most extensive redesign for this model in the last 10 years. Inspired by other recently redesigned Acura models, such las the TLX and the RLX, the RDX now includes the “diamond grille”, the new generation of jewel L.E.D headlights and the front air intakes inspired by the NSX sports car. Inside, the RDX features a new cabin layout inspired by an interior concept unveiled at the 2016 Los Angeles Auto Show.

Mechanically, the RDX is powered by an all-new powertrain, which is a 2.0-litre DOHC VTEC turbocharged engine. This engine is coupled to a segment-first 10-speed automatic transmission. For 2018, Acura is bringing back the Super-Handling All Wheel Drive (SH-AWD) system, which is, according to the manufacturer, the most sophisticated and capable torque-vectoring all-wheel-drive system in its class.

Other details stipulate that an A-Spec version will be available at launch, offering more sportiness and distinction to drivers who want a little bit more out of their SUV. Moreover, it was mentioned during the unveiling that all core Acura models will be available with the race-inspired badge and everything it implies.

To further enhance driving dynamics, the 2019 Acura RDX will be offered with a new Adaptive Damper System with four distinct drive modes; Sport, Sport+, Comfort and Snow. As part of the new cabin design, the drive mode dial is placed high in the center console for easy access.

In the technology department, Acura is trying to combine the advantages of the conventional touchscreen, with a remote touchpad using the True Touchpad Interface, in order to access the functions in the 10.2-inch full-HD display. Drivers can either select functions using the screen or via the touchpad located mounted on top of the centre console, depending on the conditions and preferences.

The automaker mentions the fast pace of changes in the automotive industry to justify its decision. Car shows have been declining in popularity...
Read more
Previous articleTop 10 unveils from the 2018 North American International Auto Show
Next articleThe Infiniti Q Inspiration Concept presented in Detroit

The 2024 Chevrolet Equinox EV will be available in limited quantities in the fall of 2023. Three trim levels, driving range between 250...
Read more
Auto Shows & Events