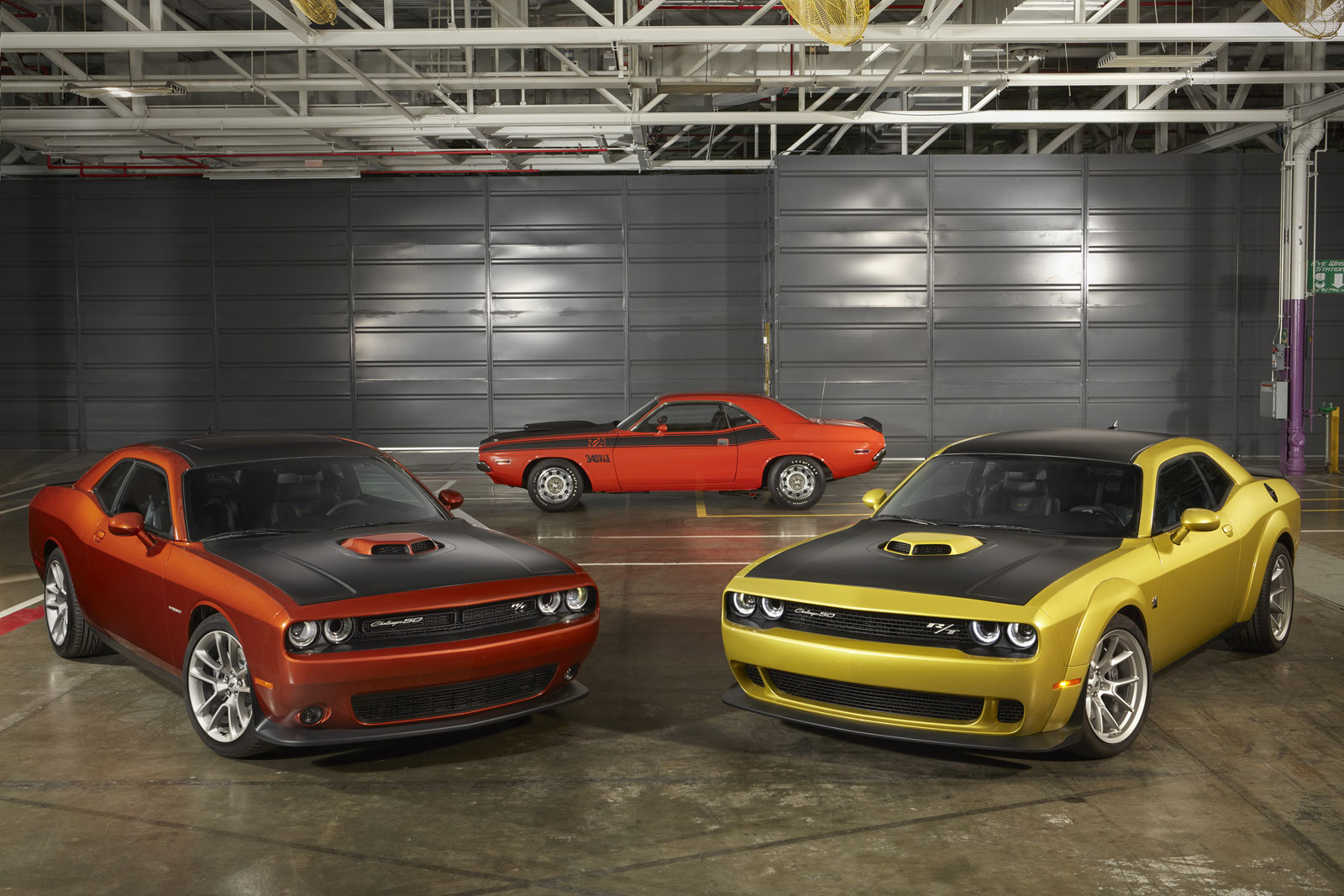 The 2020 Dodge Challenger 50th Anniversary Edition package is available in Canada with only one trim level and one paint colour, but with four trims and seven colours in the United States.

The Dodge Challenger 50th Anniversary Edition roared into the Los Angeles Auto Show and will be produced in limited numbers for the Canadian and U.S. markets. It represents yet another variation of FCA’s muscle car, and as usual, it looks pretty good. As usual, it rivals the Ford Mustang and the Chevrolet Camaro.

Actually, this new offering is a package that can be added to GT RWD, R/T Shaker, R/T Scat Pack Shaker and R/T Scat Pack Shaker Widebody trim levels in the United States, and will cost USD$4,995 to USD$5,995. It’s worth noting that it’s the first time the Shaker hood scoop and the Widebody package can be ordered together.

Meanwhile, the 50th Anniversary package for the Canadian-market Challenger will be limited to the Scat Pack 392, but sadly, no Widebody edition, and pricing has yet to be announced. 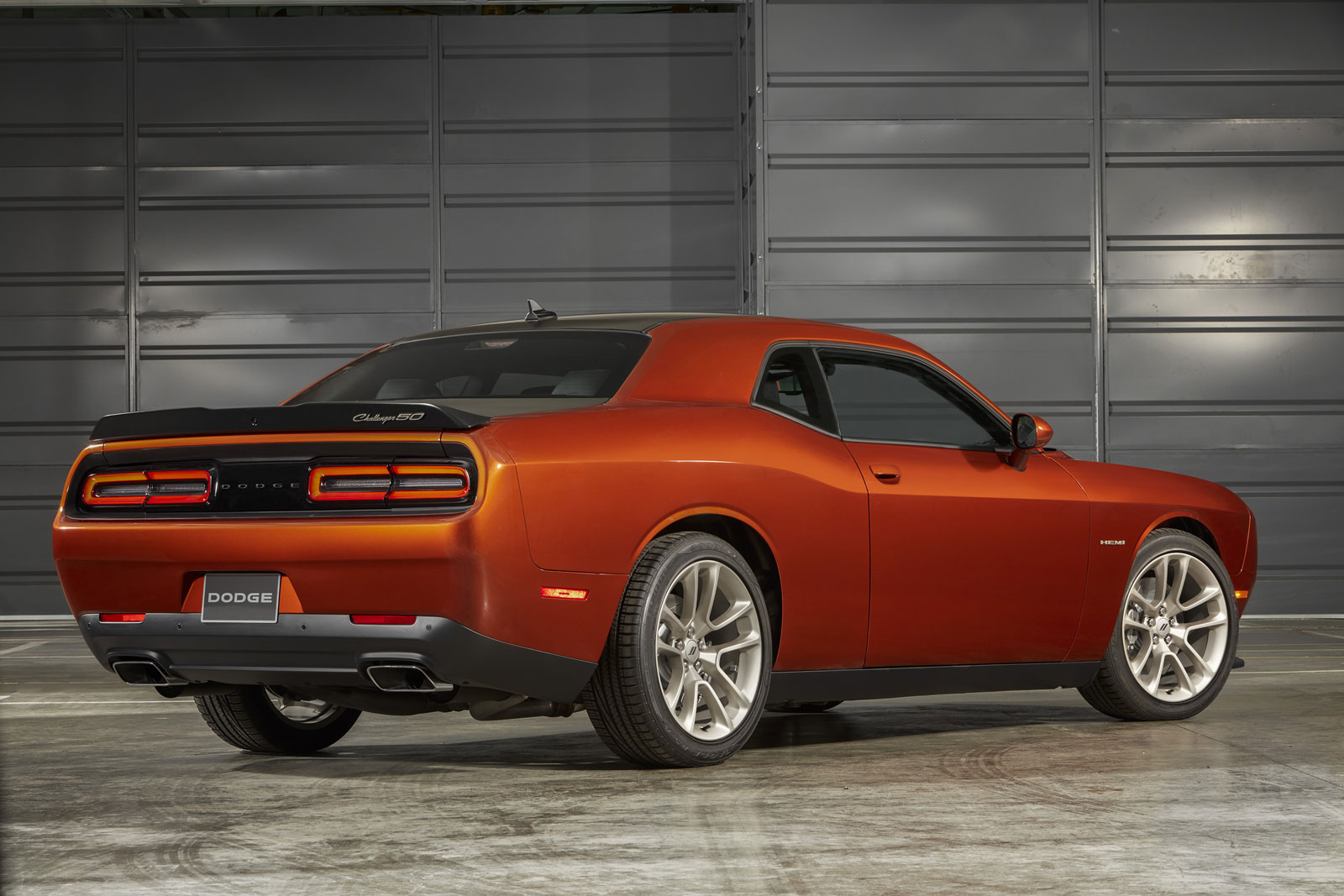 The 2020 Dodge Challenger 50th Anniversary Edition for Canada gets a body-colour Shaker hood scoop, a Satin Black hand-painted hood as well as a black roof and trunklid. The Air Catcher headlights feature LED-illuminated “50” logos, and appropriate badging is found on the grille, the fenders and the rear spoiler—all sporting a “Gold School” finish. The car also wears exclusive 20-inch “Gold School” alloy wheels.

As for the High-Impact Paint colours, Canada must make do with Go Mango as the only choice, and 70 units will be produced for the entire country.

In contrast, the U.S.-market 2020 Dodge Challenger 50th Anniversary Edition will be available in Gold Rush, Frostbite, Hellraisin, Sinamon Stick, TorRed, F8 Green and Go Mango paint colours. They will all be offered throughout the four aforementioned trim levels, at 70 units each, which means a total of 1,960 units will be sold in the States. 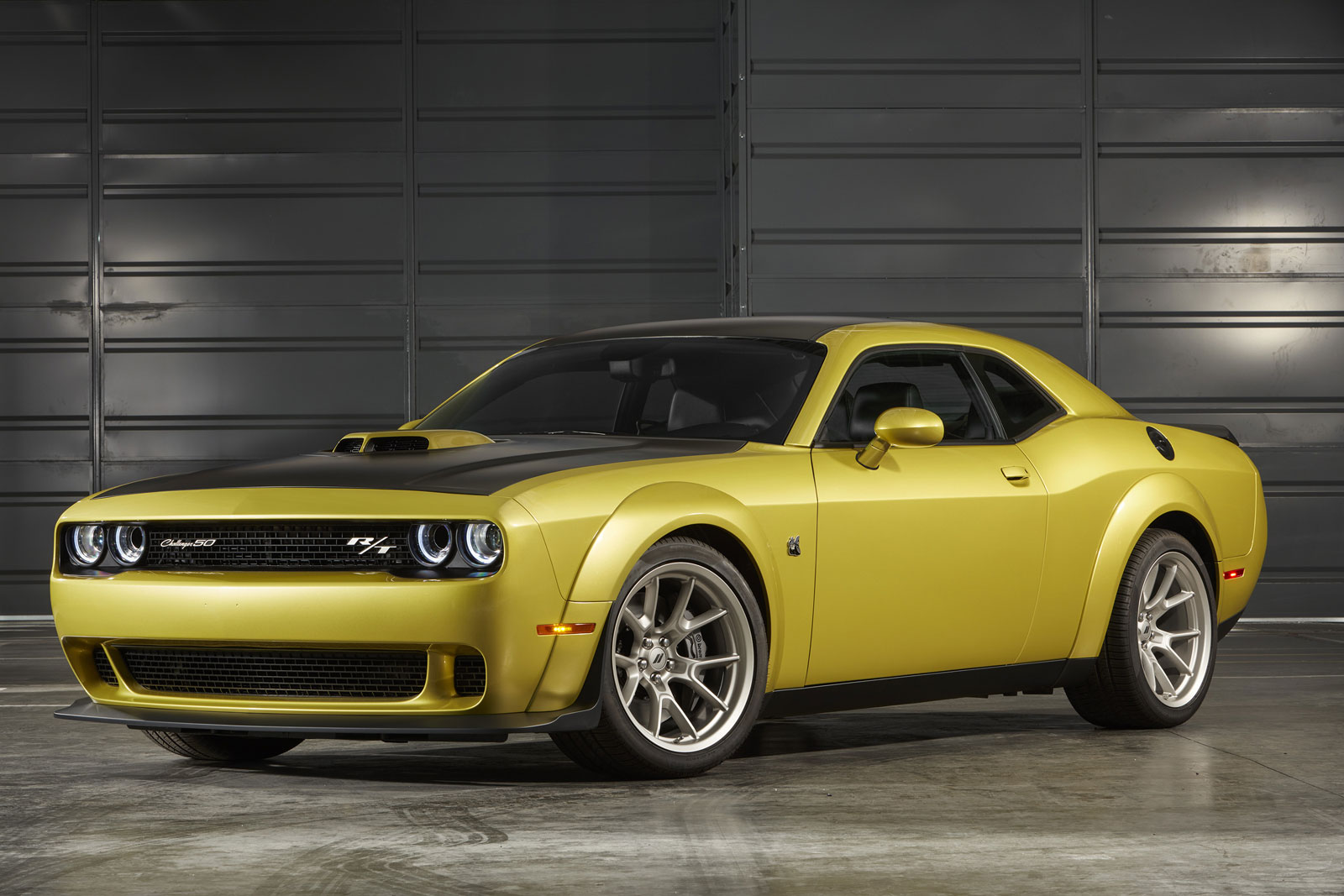 Inside, the 50th Anniversary Edition is equipped with black Nappa leather and Alcantara upholstery, heated and ventilated sport front seats with embroidered “50” logos on the seatbacks. Sepia contrast stitching appears throughout the cabin, including the instrument panel, the door panels and the steering wheel.

The package also adds genuine carbon fibre trim and Alcantara door bolsters, in addition to floor mats with an embroidered “50” logo. Upon startup, the digital driver instrument panel shows an animation of a 1970 Dodge Challenger along with white-faced gauges with yellow accenting. Last but not least, we find a numbered plaque on the passenger side of the dashboard.

Like the regular Challenger Scat Pack 392, the 50th Anniversary Edition for Canada boasts a 6.4-litre HEMI V8 that develops 485 horsepower and 475 pound-feet of torque, connected to an eight-speed automatic transmission. It starts at $51,445 before freight and delivery charges, and a six-speed manual can be specified for an extra $1,000. We expect the 50th Anniversary Edition package to add another $8,000 to the final tally. 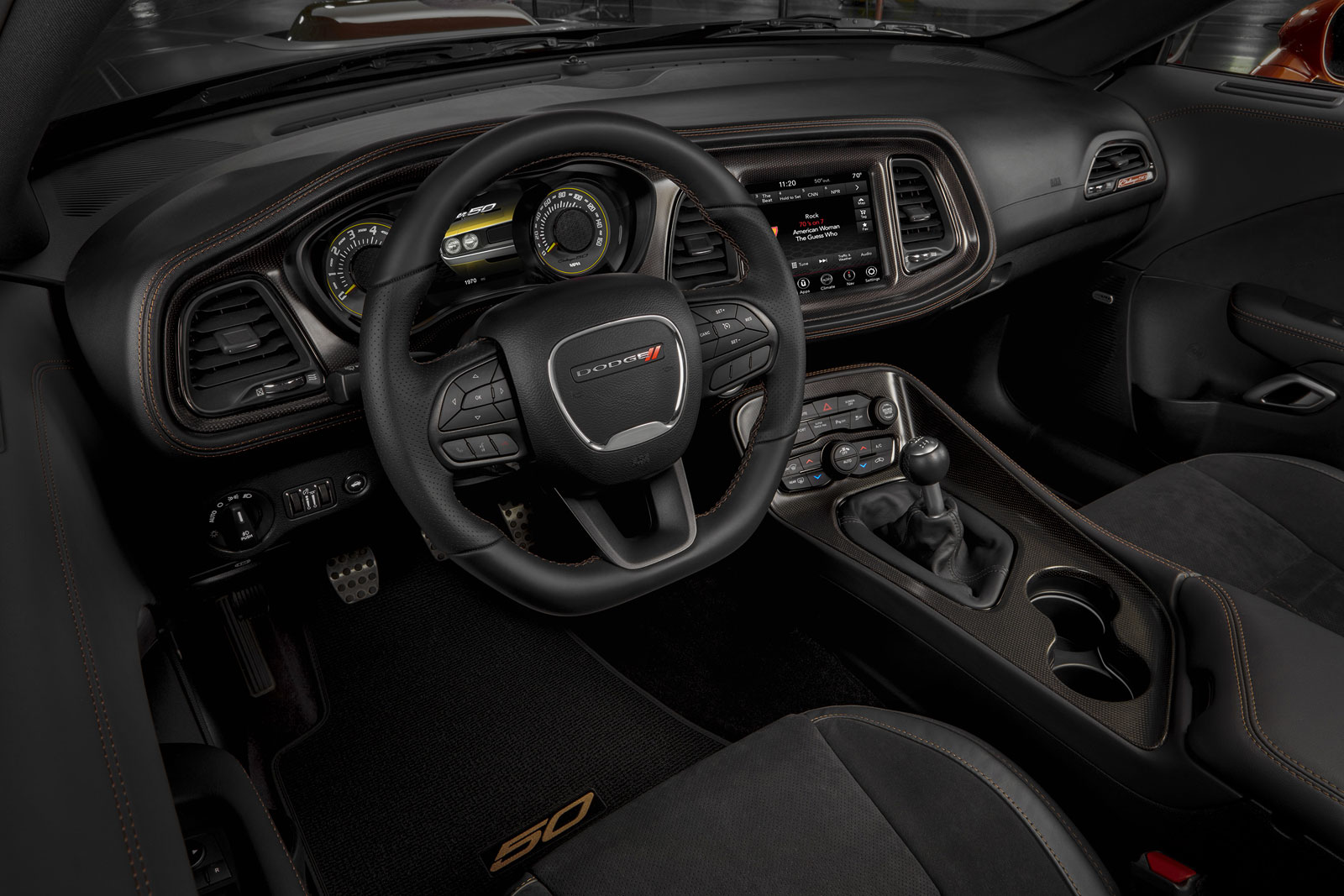 FCA also pointed out that all Challenger SRT Hellcat and SRT Hellcat Redeye variants will wear the 50th Anniversary badge for the 2020 model year, even though these cars get no other changes.

Customers will be able to order the 2020 Dodge Challenger 50th Anniversary Edition, or any 2020 Challenger for that matter, starting in December. The first units will arrive next spring.