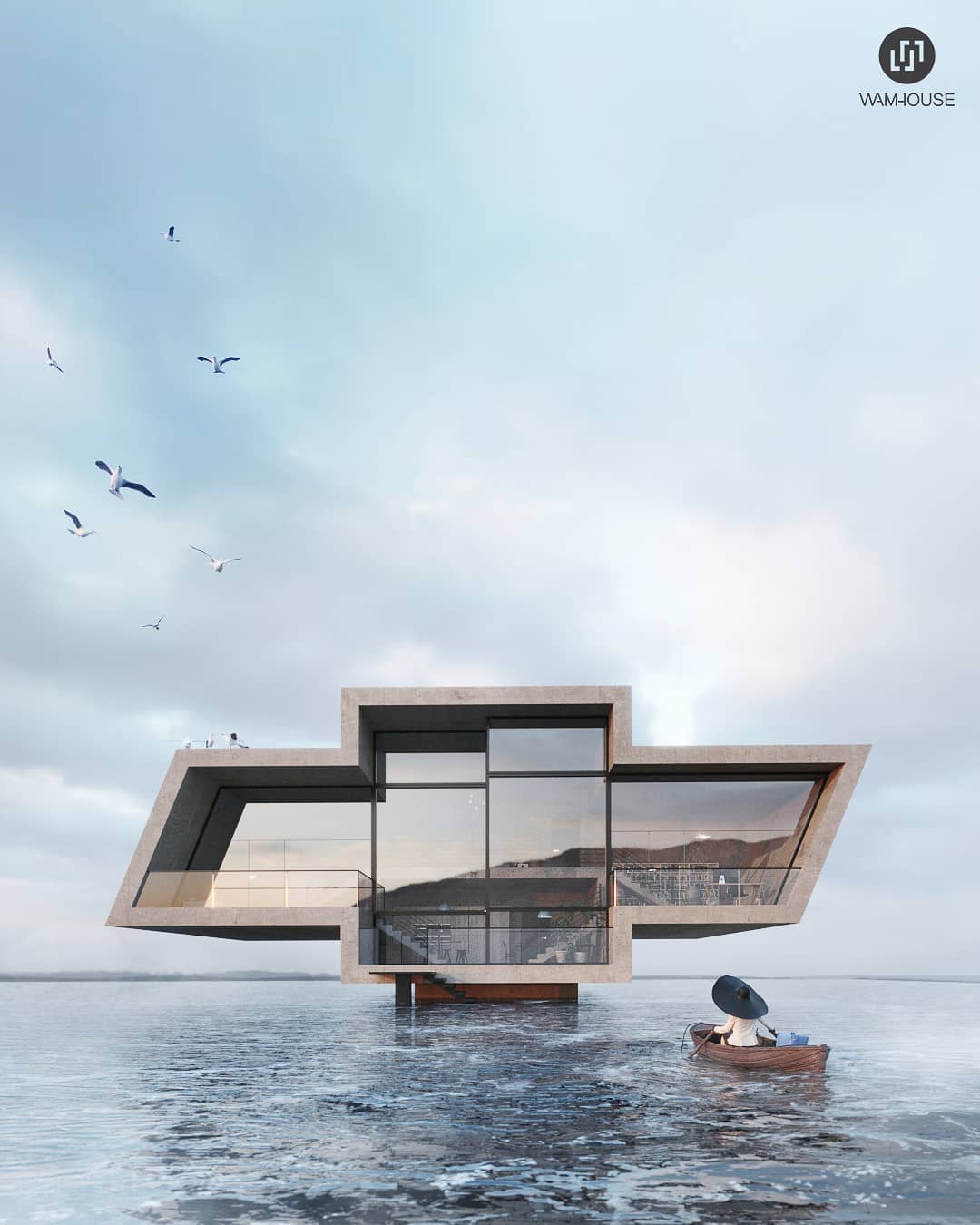 Making a home out of a logo.

Brand recognition is critical for car companies, as vehicles are looking more or more alike these days. Like in many other industries, an automaker’s logo is a powerful marketing tool, and car logos are among the most recognizable, even for children.

Karina Wiciak runs a company in Poland called Wamhouse, which specializes in architecture and interior design, and she designed three houses based on car logos. She also penned a fourth house with the Adidas logo.

Tesla has a design for a submarine car says Musk

CROSSHOUSE
The first design shown here is based on the Chevrolet brand bowtie logo, and it’s a house built directly on the water. Fully windowed on the front side, this house includes a multi-level layout with two exterior decks, a couple of living areas, a bedroom as well as a kitchen and dining room on the highest level. Even in the drawing, the seagulls seem to appreciate the expansive flat surface up top, so it might end up getting really messy up there. Nonetheless, it’s a modern take on a car logo that’s been around since 1913, two years after the creation of the Chevrolet brand. 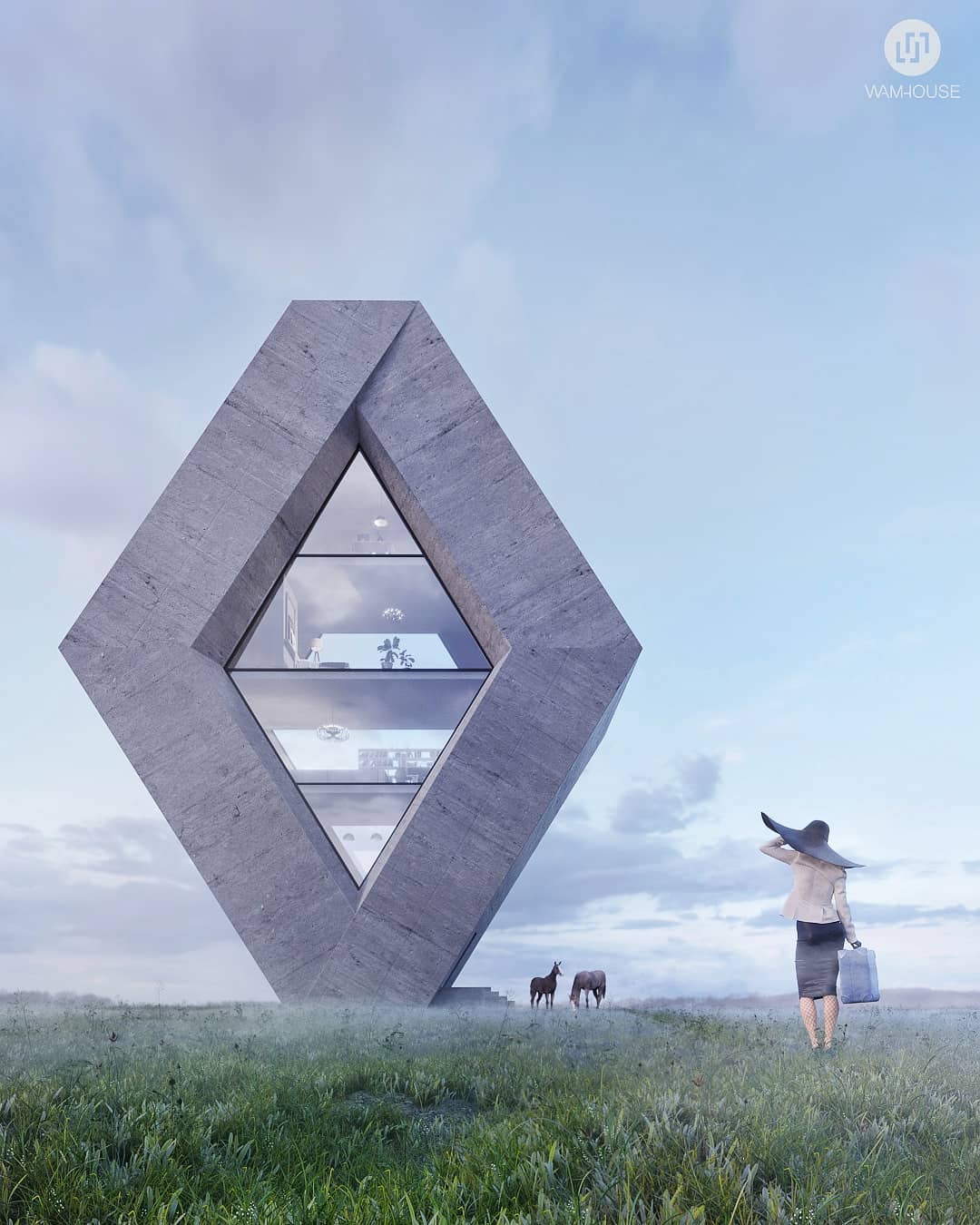 RHOMBHOUSE
The second design is based on the Renault logo, which represents the outer structure of the four-story house. The drawing doesn’t give any clues as to where the stairs are for climbing and descending the floors, but the diamond-shaped home looks resolutely contemporary.

PYRAHOUSE
Wiciak also drew plans for a third house based on car logos, this time using Mitsubishi’s triple-diamond pattern. This beachhouse boasts two entryways and the second floor is the main living area, where we can see a living room on one side and a dining room on the other. There’s also a mezzanine which might be an open-concept bedroom. 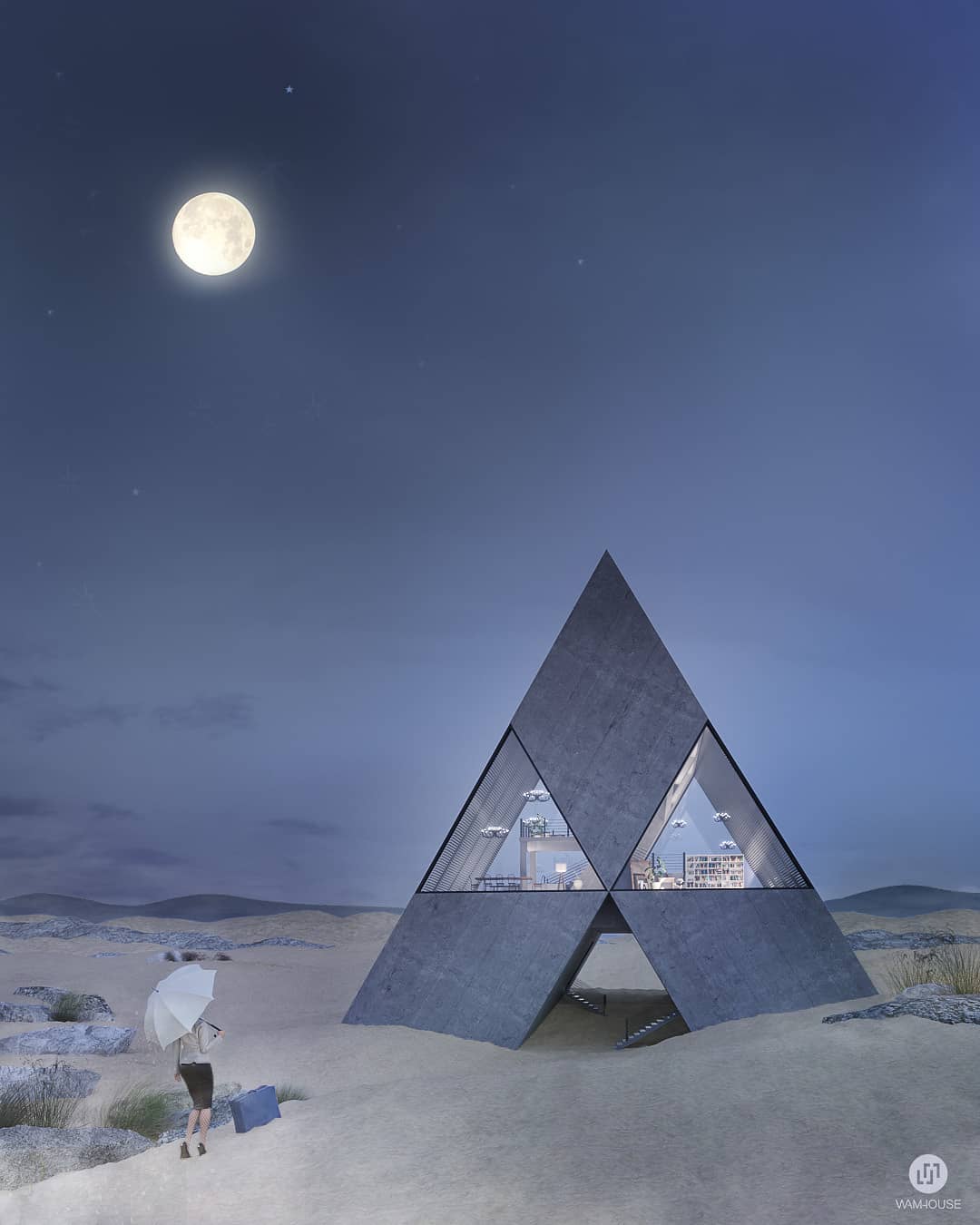 TRIHOUSE
Lastly, the fourth house isn’t inspired by car logos, but rather Adidas’ inclined three-bar emblem. This is a four-story home with visible staircases and plenty of windows to soak up natural light. The house’s shape looks perfect against the also-inclined mountainside.

Whether or not Wamhouse will actually build houses based on car logos remains to be seen, but they admittedly look very elegant and modern. Now, how about something more challenging to design, like a house using a Porsche or Cadillac logo? 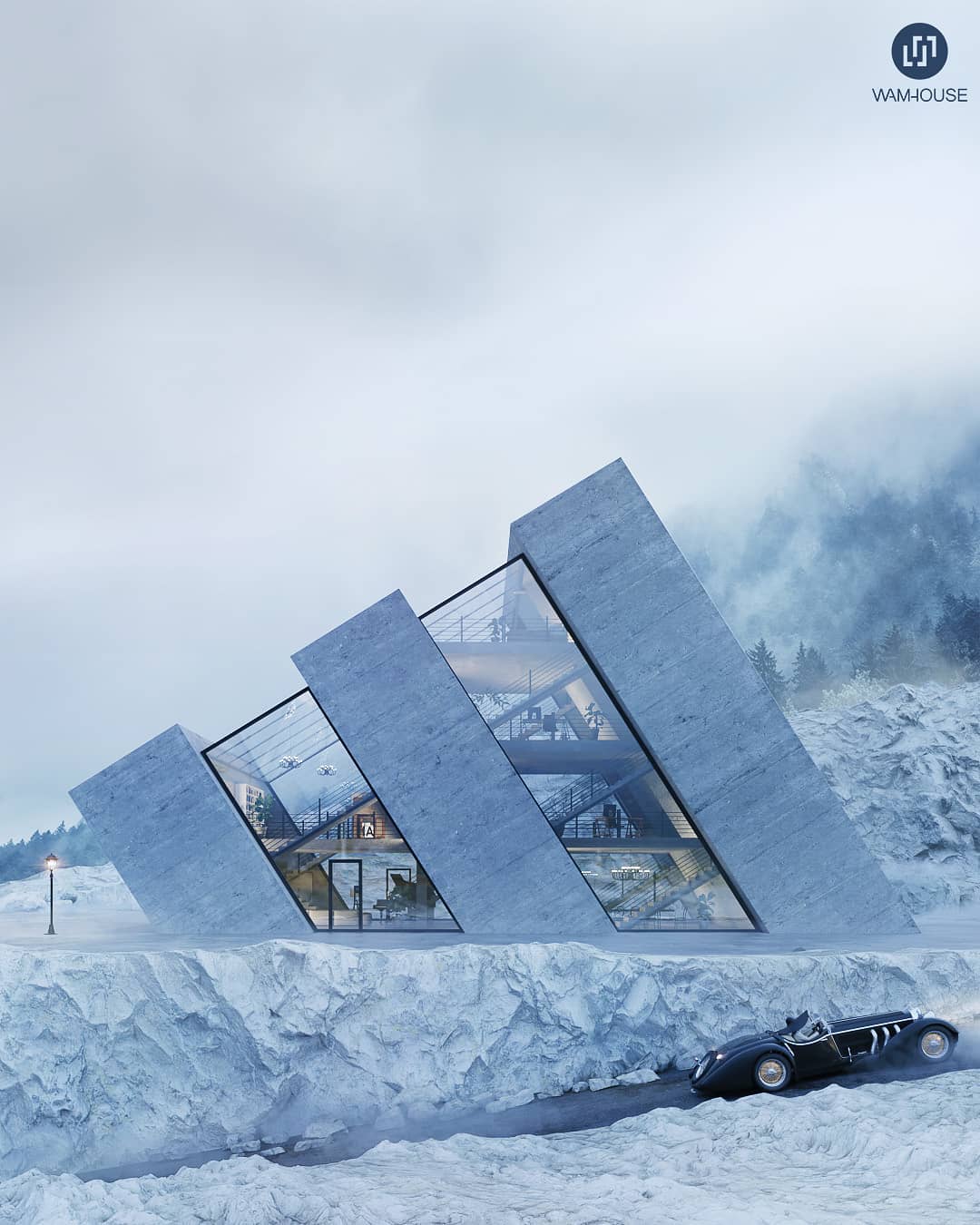 The automaker signed a deal to have its EVs appear in movies and shows “Where relevant”. Productions in which GM vehicles will feature...
Read more
Previous articlePresident Trump Once Again Threatens Tariffs On European Cars
Next articleProduction of the Infiniti QX55 delayed