The Ford Motor Company’s previously announced semi-autonomous driving system now has a name, and it’s called BlueCruise. It will allow hands-free vehicle operation on 100,000 miles or 160,000 kilometres of mapped divided highways across the Canada and the United States.

Later in 2021, BlueCruise will be introduced in the 2021 Ford Mustang Mach-E and the 2021 Ford F-150 through an over-the-air update, with more models to follow thereafter—most likely from both Ford and Lincoln brands. However, the Mach-E and the F-150 must be equipped with the optional Ford Co-Pilot360 Active 2.0 Prep package, which adds exterior cameras and sensors in addition to a driver-facing camera inside the vehicle. In the first year after the feature rolls out, the automaker expects more 100,000 vehicles will be equipped with it. 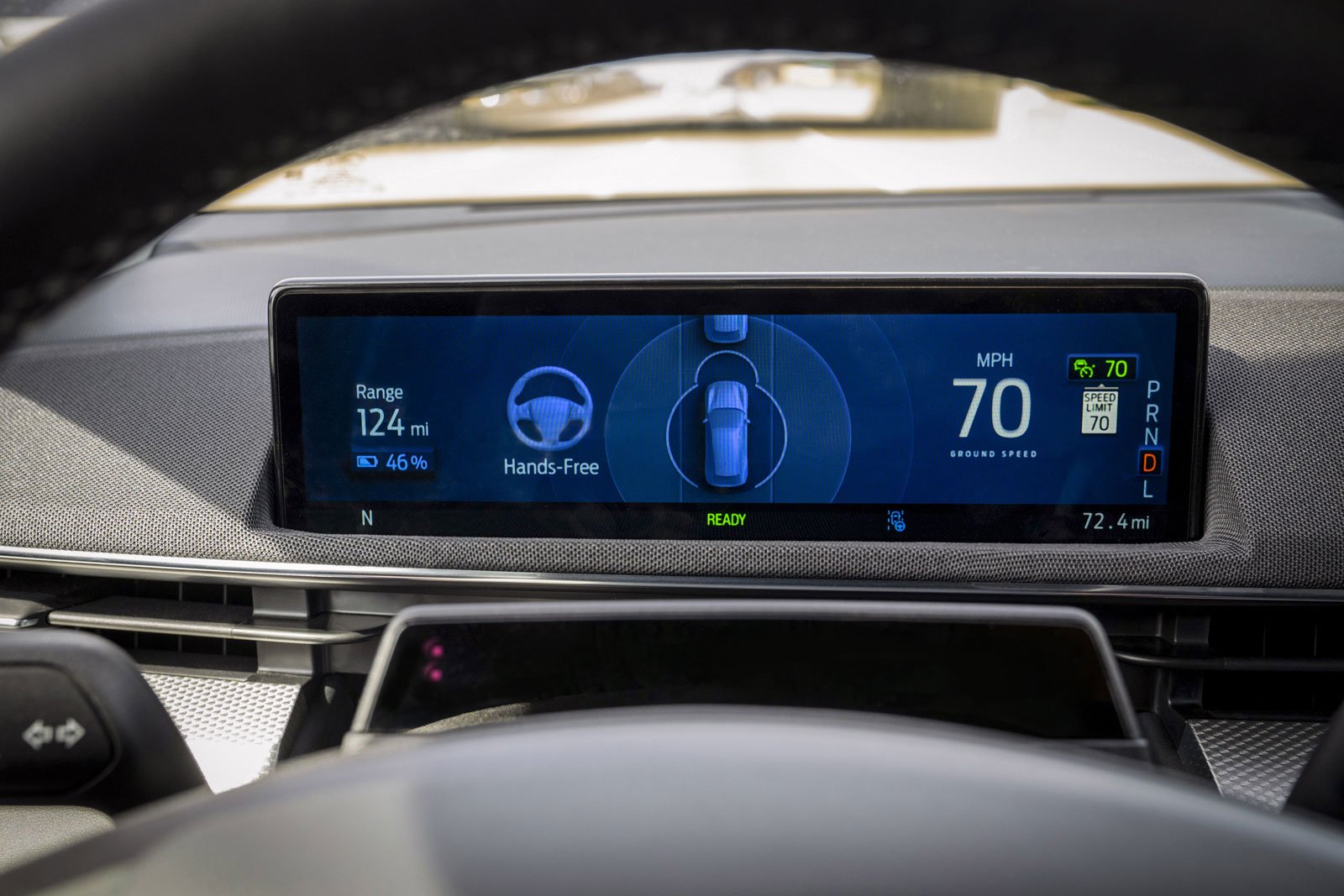 The SAE Level 2 hands-free driving assistant will be functional on prequalified stretches of highways across the two countries, covering a dense portion of the eastern states and even a few roads in Alaska and Hawaii. Coverage is still sparse in Canada, but highways around major cities like Vancouver, Calgary and Edmonton, Toronto, Ottawa, Montreal and Quebec City have been mapped, as are main roadways through New Brunswick and Nova Scotia.

Specific characteristics of BlueCruise’s functionality will be announced at a later date, but when drivers reach a compatible highway, the vehicle’s digital instrument panel background will turn blue, indicating that the driving assistant can be activated. The driver-facing camera will detect when the person behind the wheel isn’t paying attention or dozing off and will trigger a warning to stay alert. The camera can figure that out even if the driver is wearing sunglasses, or a face mask. 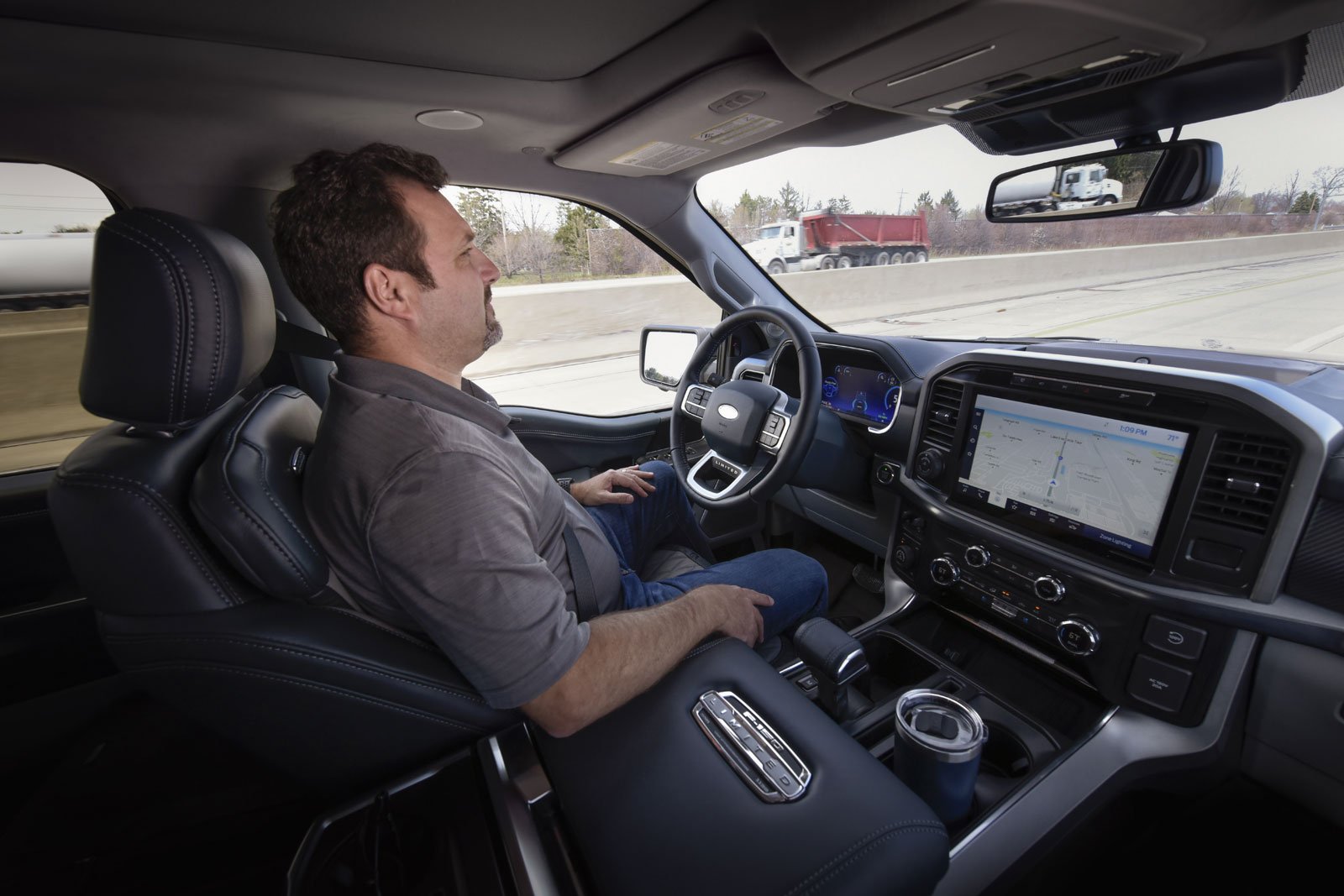 In future updates, the system will include Lane Change Assist, allowing the vehicle to switch to another lane with a simple tap on the turn signal lever, as well as Predictive Speed Assist that will automatically adjust speed as the vehicle approaches curves or roundabouts. And of course, Ford will continue to map new highways over time. In comparison, GM’s Super Cruise can be activated on more than 200,000 miles (320,000 km) across North America. 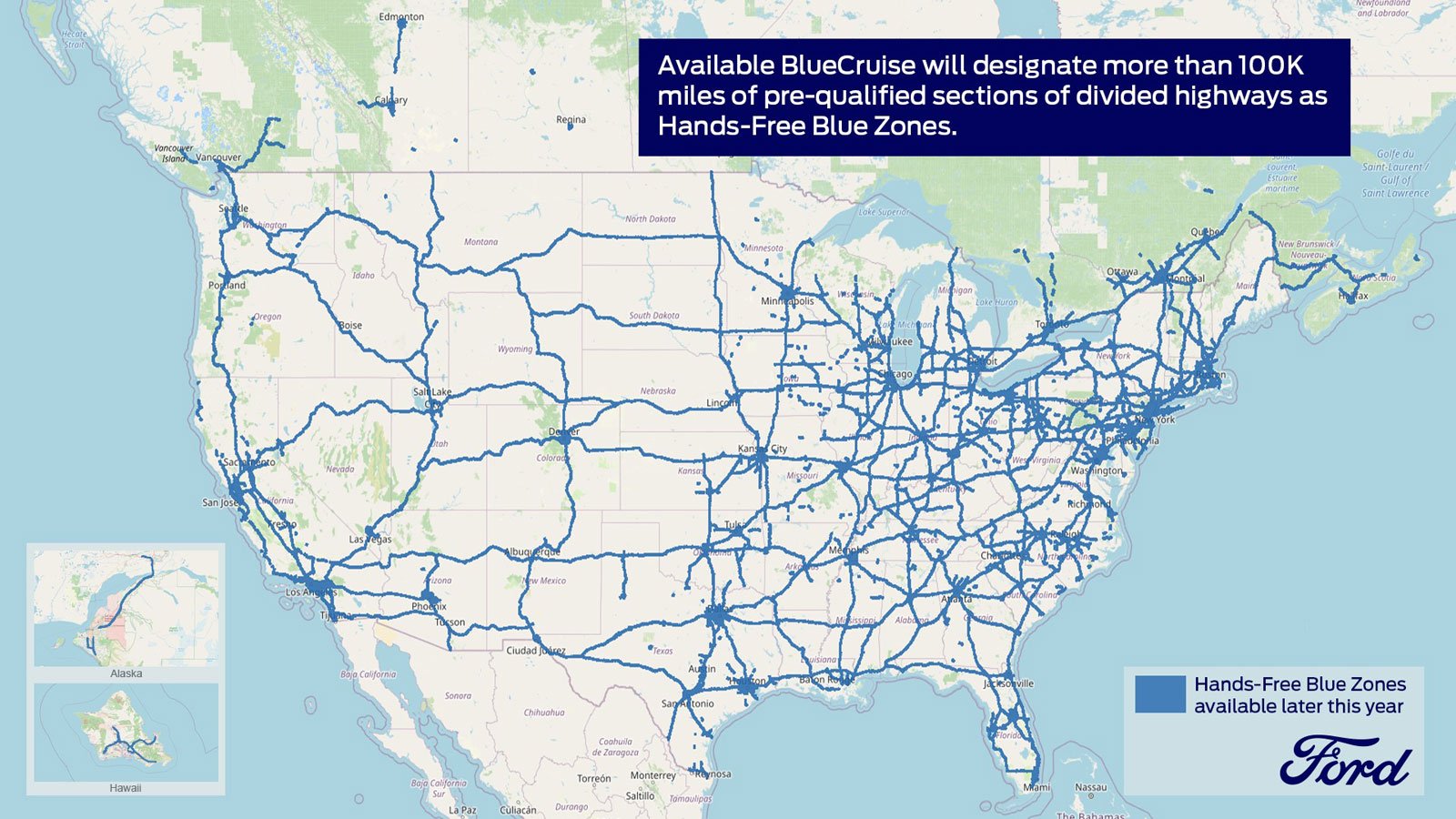 To test and fine-tune BlueCruise, Ford put a fleet of five F-150s and five Mustang Mach-Es on the road, travelling through 37 states and 5 provinces, covering a distance of more than 110,000 miles (177,000 km) and encountering all types of weather and road conditions. That’s in addition to the 500,000 miles (805,000 km) of development testing. “There are highway intricacies and driving conditions that you simply cannot replicate in a lab,” stated Ford chief product and operations officer Hau Thai-Tang. “Sending these vehicles out for real-world driving experience is just one of many ways we ensured that BlueCruise technology offers confidence and convenience for drivers all across the continent.” 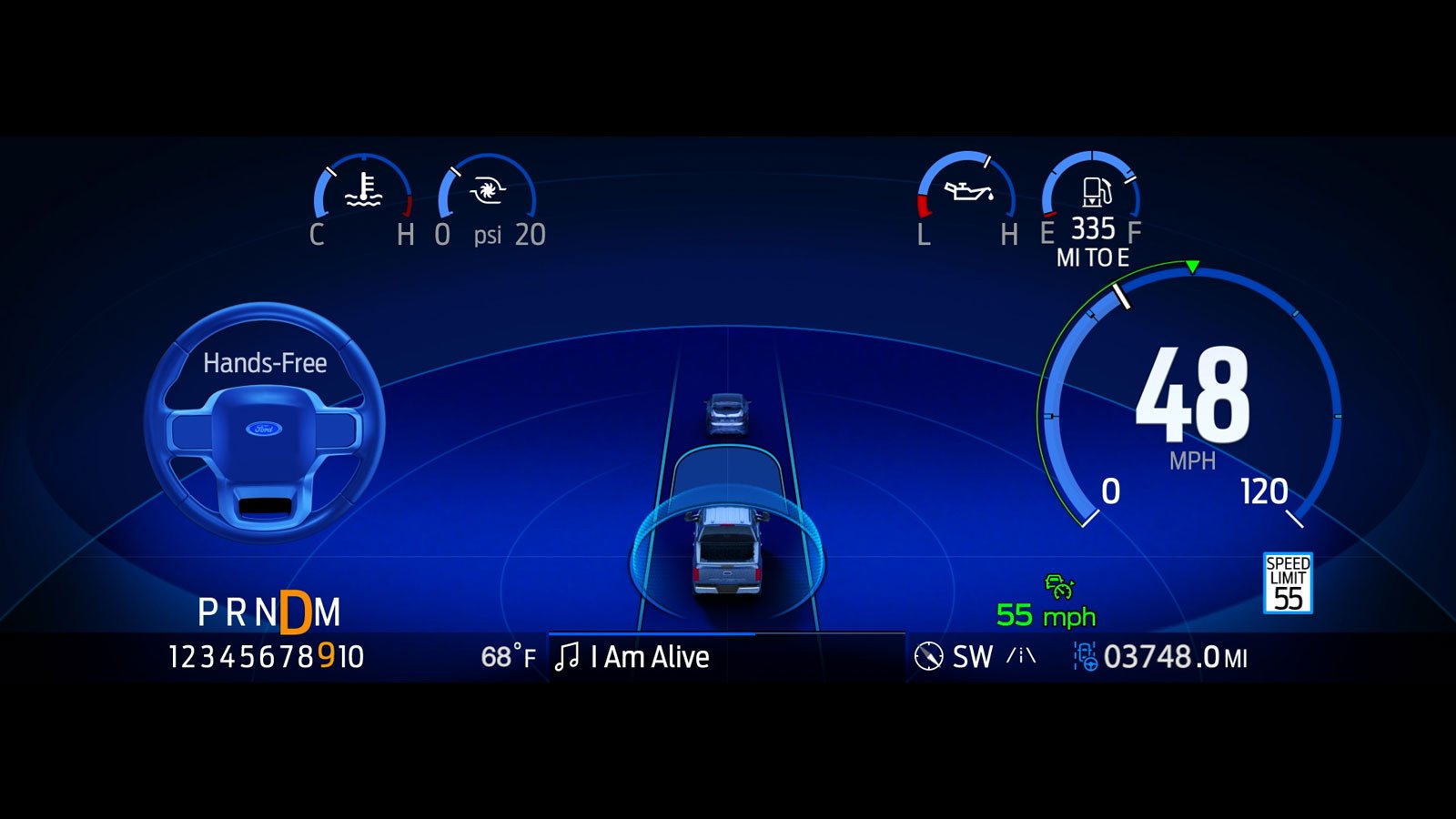 In the United States, the Ford Co-Pilot360 Active 2.0 Prep package is standard on the 2021 Ford F-150 Limited, and a $995 option on Lariat, King Ranch and Platinum trim levels. In the case of the 2021 Ford Mustang Mach-E, the prep package is included on the California Route 1, Premium and First Edition variants, and bundled in the $2,600 Comfort and Technology Package available on the Select trim level. The BlueCruise software functionality costs $600 for three years of service on top of all this.

In Canada, the Ford Co-Pilot360 Active 2.0 Prep package is standard on the F-150 Platinum and Limited trims, and a $1,350 option on Lariat and King Ranch. The package is stuffed into the $3,390 Comfort and Convenience package on the Mustang Mach-E Select, and standard on the California Route 1, Premium and First Edition variants of the all-electric crossover. The BlueCruise software costs $750 for a three-year period.