An agreement has been reached between General Motors and Unifor to invest in the automaker’s CAMI manufacturing plant in Ingersoll, Ontario, which would produce BrightDrop commercial electric vehicles.

The two parties are waiting on Unifor member ratification and government approval before moving ahead with the plant’s conversion for manufacturing the BrightDrop EV600, a recently unveiled commercial van that uses GM’s Ultium batteries and Ultium Drive powertrains. The amount of the investment totals $1 billion CAD, or about $785 million USD at the current exchange rate. 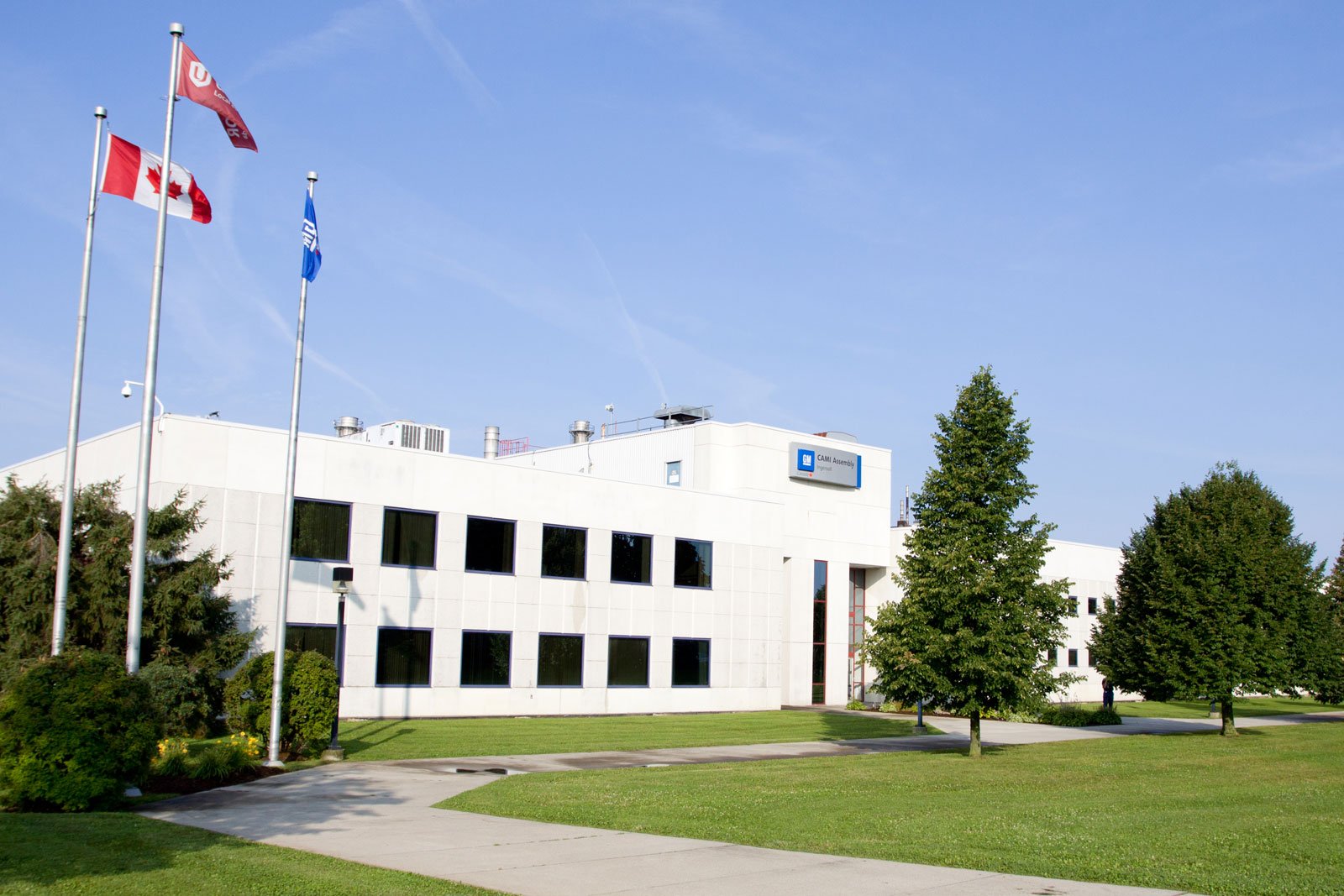 Announced just this past week, BrightDrop is General Motors’ new commercial brand that will offer an “ecosystem of electric products, software and services for the first to last mile.” The EV600 van will feature Level 2 and DC fast charging capabilities, and will boast an estimated range of up to 250 miles (400 kilometres) on a single charge. Thanks to 120-kW fast charging, the EV600 will be able to cover a distance of 170 miles (272 km) with a one-hour charge.

The EV600 will also feature over 600 cubic feet (16,990 litres) of cargo space. To put that into perspective, that’s more than what’s found in the biggest, extended-wheelbase and high roof Mercedes-Benz Sprinter, which offers 533 cubic feet or 15,081 litres. The EV600’s payload capacity of 2,200 pounds (998 kg) is slightly above that of the Ford Transit, the Ram ProMaster as well as the Chevrolet Express and GMC Savana.

BrightDrop will also build the EP1, an electric pallet with propulsion assist, thanks to a set of wheels. The EP1 can move along at speeds of up to 3 mph or 5 km/h in order to follow an operator’s walking pace. Each pallet is lockable, has a payload capacity of 200 pounds (90 kg), a capacity of 23 cubic feet (650 litres) and includes adjustable shelves to organize its contents.

Work should soon start at the CAMI plant to accommodate production of the BrightDrop EV600, which is scheduled to hit the road before the end of 2021 as GM inked a deal with FedEx who will receive the first batch of vehicles. The facility will be transformed over the next two years to expand production of the electric vans. Meanwhile, the Chevrolet Equinox that is currently manufactured there will eventually be built in another assembly plant, likely when the next generation of the compact crossover will be introduced.

The first Scout electric SUVs will be launched in 2026. The website hosts two teasers, including a new one that shows the front...
Read more
Previous articleDodge 2021 Lineup: Models And Changes Overview
Next articleShould You Buy a 2021 BMW 2 Series Gran Coupé?