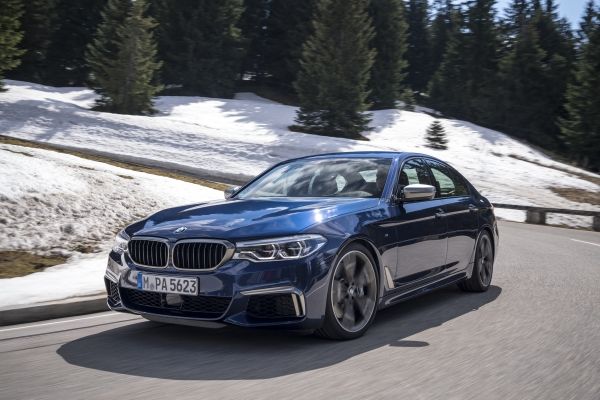 I’ve had an eye on the BMW M550i ever since I first heard about it at the launch of the 530i over a year ago. That’s when BMW first talked about this new M-tuned top-of-the-line 5 Series that would slot just underneath the all-powerful M5.

We were there to drive the entry-level, new-generation 5 Series, but all I could think about what this new M550i which BMW promised would be faster than the F10 M5 and be fitted with xDrive all-wheel drive.

Here’s the thing about the previous M5. It didn’t have all-wheel drive. I know that’s a good thing for most, but the fact remains that it made it very difficult to choose as a year-round daily driver with the snow and all that we get here in Canada. Of course, the new-generation M5 has since been introduced and it now features xDrive, but I’m still am a big fan of the M550i nevertheless.

It may just be the ultimate sleeper. 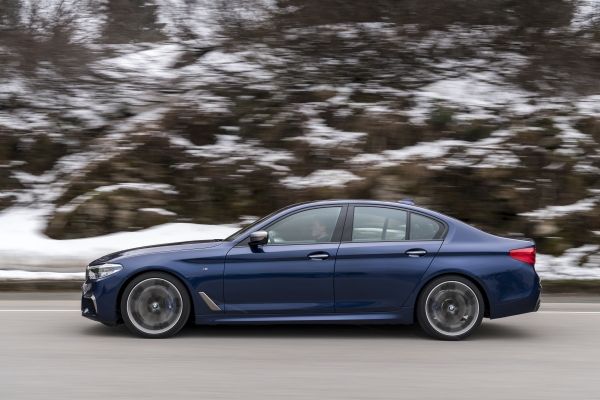 There’s just something about having a car with 455 horsepower and 480 pound-feet of torque that most other drivers on the road have never even heard of. It’s twin-turbo, 4.4-liter V8 engine will get you to 100 km/h in just 4.0 seconds, a number that gets you the finish line considerably faster than a Mercedes-AMG E 43 or even an Audi S6. That said, the M550i’s $83,000 price tag is only $2,600 more than the E 43, and considerable less than the S6.

When it comes to providing performance-to-price value, the Beemer has it figured out. Sure it’s expensive, but how many cars have you heard of that can go that fast for less than $100,000? There aren’t that many of them. Moreover, none of them are as comfortable and roomy. The BMW M550i is the definition of a car made for the German autobahn. Where the M5 reminds you that it’s built first and foremost for a racetrack, the M550i’s works very hard to hide bumps and potholes from the driver and his or her passengers.

It has all the luxury goodies you could ever want, and its center console and dashboard are basically straight out of the 7 Series. I’ve driven the V12-powered 760Li which costs twice as much, and the performance and comfort levels are not too far off in the M550i.

You can also change how the car behaves using various drive modes that include Comfort, Sport, and Sport+. The last two provide even sharper handling and even better performance to go along with a more aggressive exhaust note that you will notice and like. Comfort turns the car into a perfect daily driver that’s both quiet and very refined. 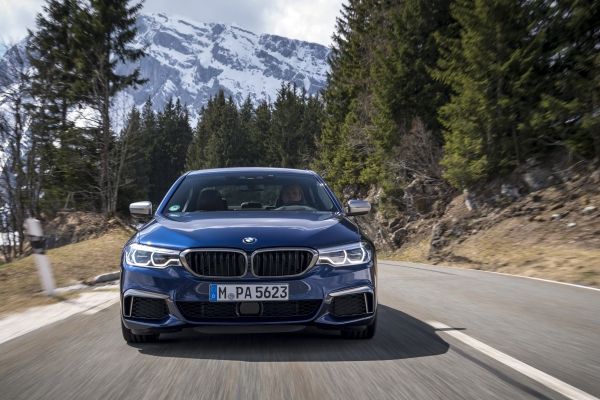 And then there’s the Eco mode which as many of you know aims at improving fuel economy. I have to say that BMW is a stand out in this regard, regardless of the car you’re driving. I remember averaging less than 10.0 liters per 100 kilometers in an M3 a few years back, and every BMW I’ve had since then has always impressed me when it comes to fuel economy.

No, this isn’t a Prius, but I nevertheless averaged 11.9liters per 100 kilometers after a week spent pushing the M550i at every opportunity. For a car with 455 horsepower, that’s not bad at all when you think about it.

The 2018 BMW M550i xDrive is everything I thought it would be and more. It’s incredibly fast both in a straight line and on a twisty road, and despite its size and weight it feels lighter than it looks and quicker on its feet. You won’t turn heads in the M550i, and few will know what kind of power you’re packing, but for many that’s an added benefit.

Tesla recently announced a 20% price cut for all of its models, including the entry-level Model Y. This version of the electric SUV...
Read more
Previous articleThe Tesla struggle is real
Next article2018 Jeep Wrangler’s fuel economy numbers revealed