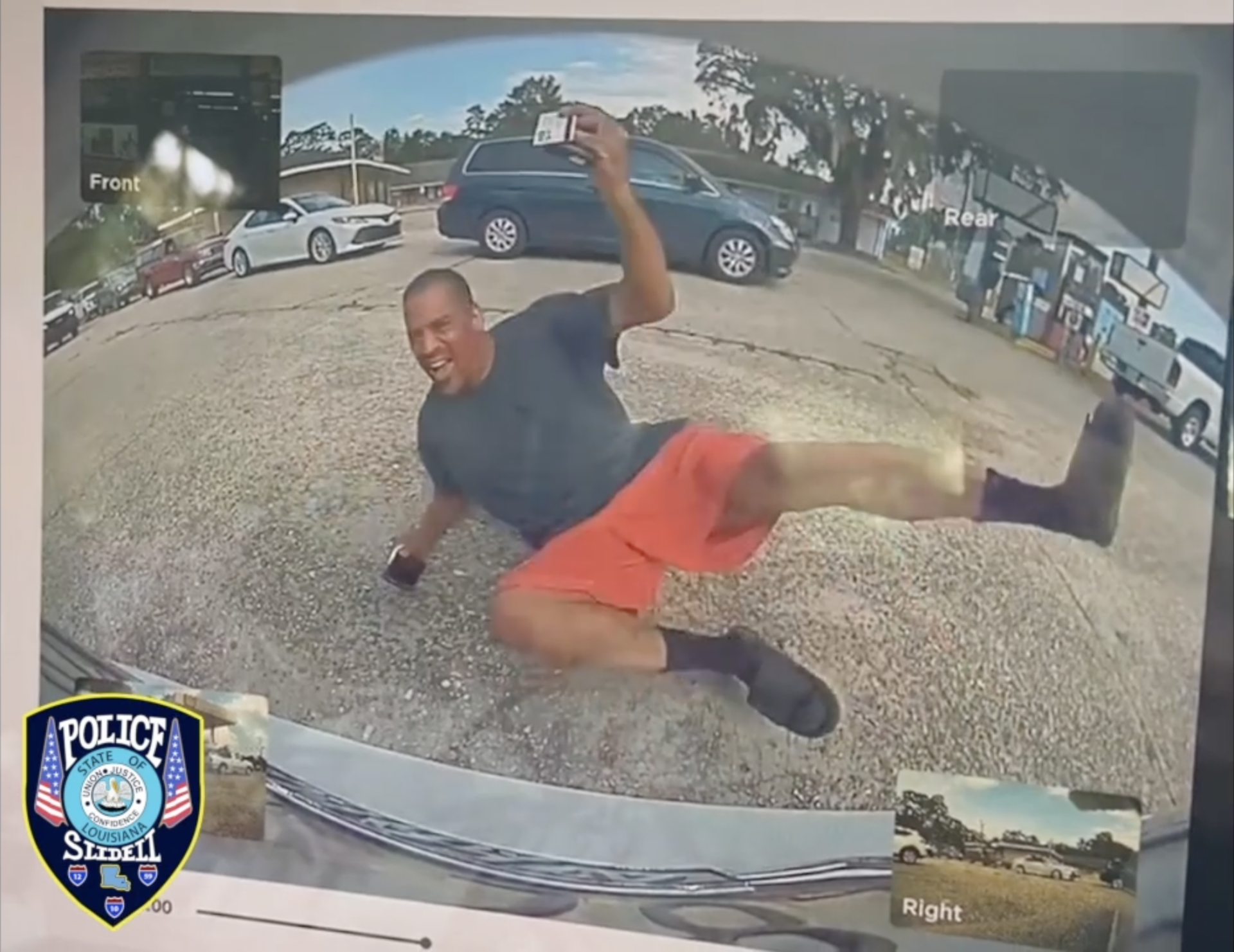 A man in Louisiana was probably seeking compensation from a Tesla driver he accused of hitting him in a parking lot. However, the Model 3 camera captured the scene and was able to prove that the fake victim had jumped in the path of the vehicle and hadn’t even been hit.

The event happened in Slidell, Louisiana earlier in September. 47-year-old Arthur Bates Jr. called 911 saying he was hit by a vehicle in the parking lot of a gas station. An ambulance and a fire engine were dispatched to assist the man who said he had pain in his neck and legs.

According to the alleged victim, the driver of the car fled the scene following the collision. However, the driver of the Tesla Model 3 involved in the incident gave the police a completely different version when he was located. Tesla vehicles record the images captured by the cameras around the vehicle which made it possible to see what had really happened.

The video clearly shows that the man positioned himself behind the vehicle after seeing it backing up. Moreover, the footage shows that no impact occurred.

The man was arrested for giving a false statement to the police requiring an emergency response. He faces a five-year jail term and a $ 1,000 fine.