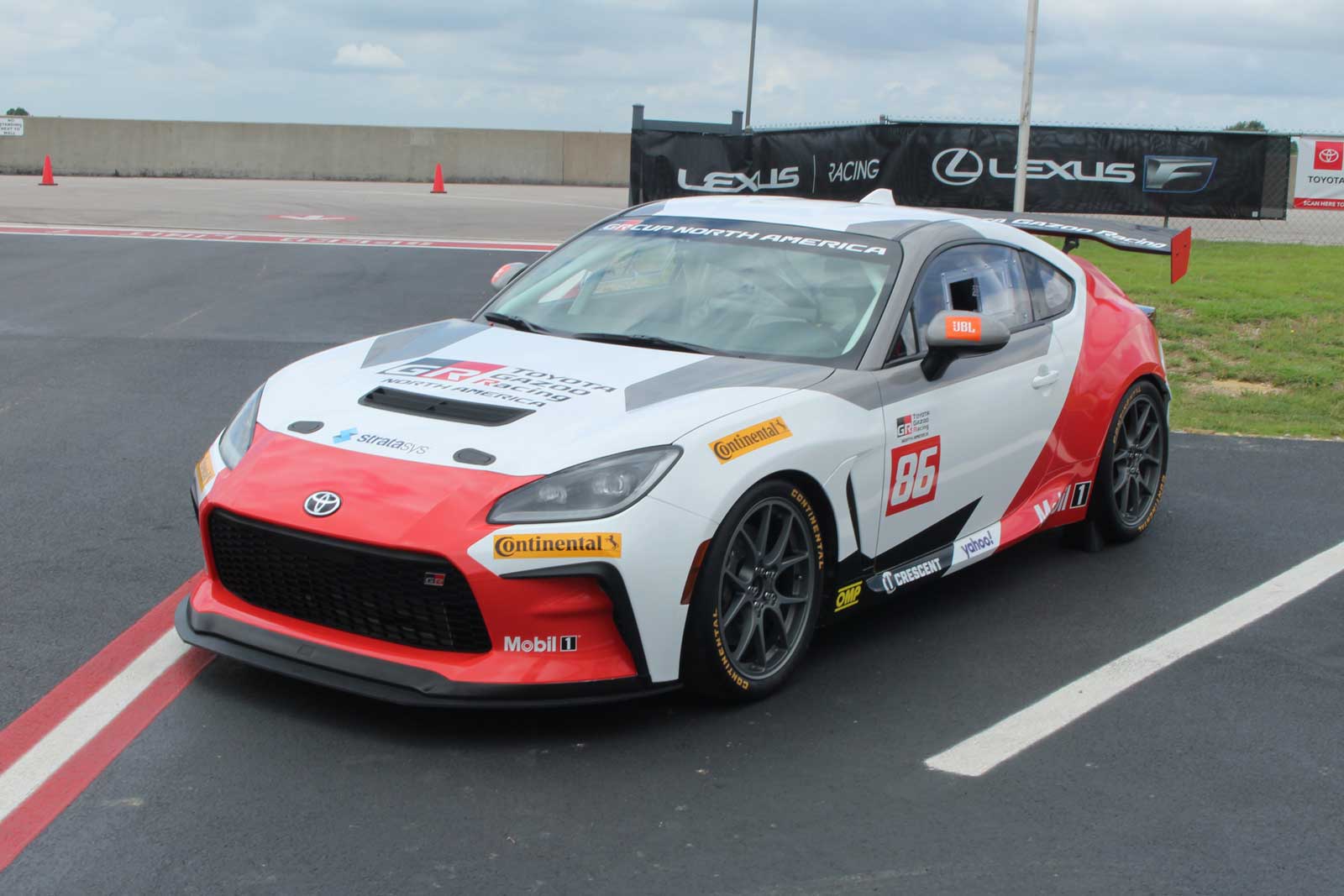 The single-make program will feature the GR86 coupe.

The Toyota GR86 is about to hit the track as the Japanese automaker is launching its new GR Cup racing series in the United States. The single-make series is set to start its inaugural season in 2023.

The GR Cup will be sanctioned by SRO America, which has 30 years of experience under its belt managing GT2, GT3 and GT4 series, in addition to Touring Car and various other race and rally series. Fourteen events on seven racetracks across the U.S. are on the schedule for the 2023 season.

The single-make race series, which puts the emphasis on the drivers’ talents as all the cars are identically homologated, will offer participants one million dollars in purse and prizes, thanks to partners such as Mobil 1, Continental, Crescent Tools, Gearwrench, Yahoo, Racing Spirit, JBL, OMP and Stratasys.

Pricing for the car and the locales will be announced later this summer. Those interested in purchasing a GR Cup race car and participating in the series can get in touch with Toyota Gazoo Racing at this address: GRCup.Sales@Toyota.com.

Rumours suggest that SRT’s got an 850+ horsepower version coming in the near future. It would run on ethanol (E85) instead of 100+...
Read more
Previous article2022 Lexus NX 350h Review: Premium Middle Ground of Everything You Want in a Small Luxury SUV
Next articleToyota Thinking About Introducing a Compact Pickup