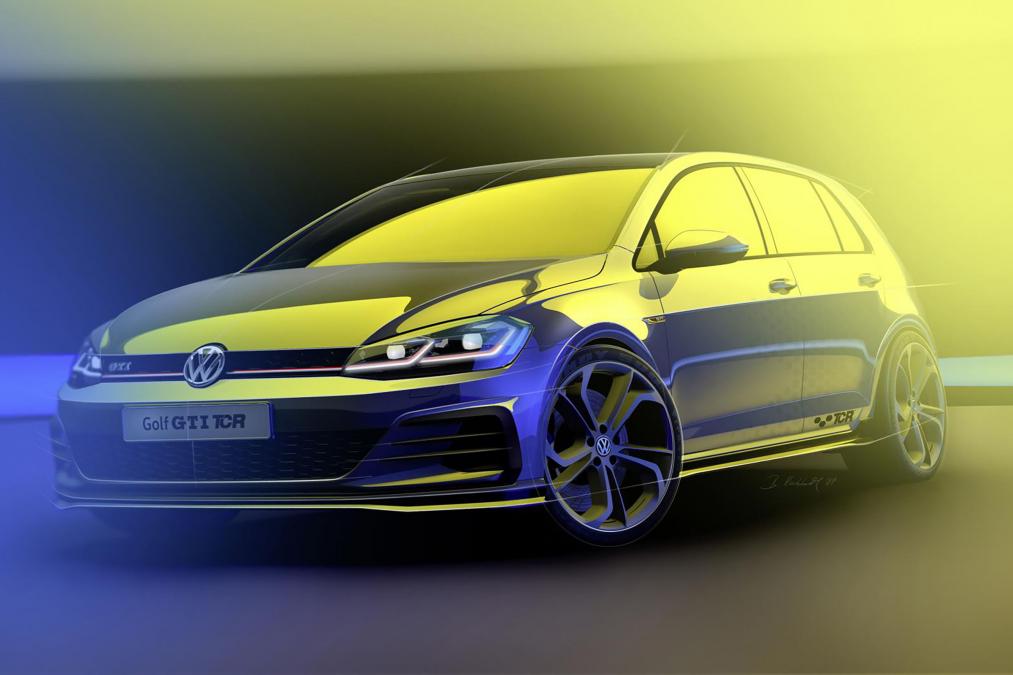 Obviously, we can’t get one because North America’s just not cool enough… As the 7th generation Volkswagen Golf whines down, special editions of the car will be introduced to celebrate its passing.

The GTI TCR will be the absolute best one of all, this we are certain of. Next week, at the GTI meeting at Wörthersee in Austria, VW will reveal this car in front of tens of thousands of adoring Volkswagen fans, and me.

The TCR will be the most powerful GTI of all time with its 2.0-litre turbocharged engine producing 290 PS (286 horsepower) between 5,000 and 6,800 rpm and 370 Nm (273 lb.-ft.) of torque from 1,600 rpm to 4,300 rpm. A 7-speed dual-clutch DSG transmission will be standard as will be a front axle differential lock or what I surmise to be a mechanical locking front differential. Top peed will be 250 km/h or 264 km/h by opting to remove the electronic Vmax limiter.

As an FYI, TCR is an international race series in which the GTI TCR competes.