Cadillac’s CTS luxury sedan sits in a weird place. In GM’s luxury brand’s line-up, it’s the one that doesn’t fit. The XTS is the one for fleets and old people, the CT6 is the modern tech-packed flagship sedan which effectively leaves no one for the CTS. There is one exception however.

The CTS-V is the company’s bad boy and black sheep. I get the impression nobody talks about “it” – the CTS-V is the car they let out of the cage when the going gets rough. And this super-powered Cadillac can play hard ball but it not only lives in the recesses of the brand but in the shadows of its competition. 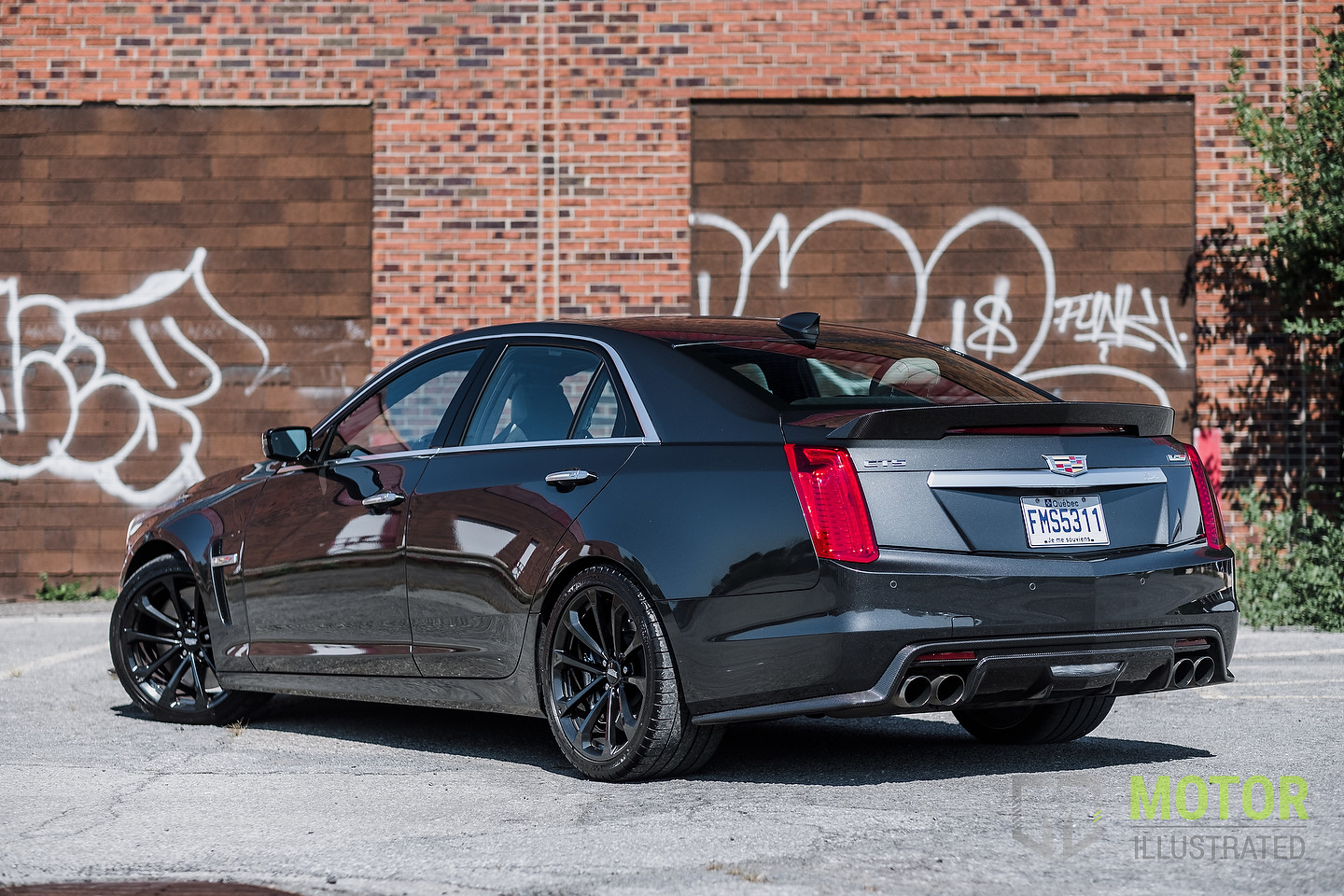 To have driven previous generation BMW M5s and Mercedes-AMG E63s (not the newest ones sadly), these cars act as though honed from a single piece of engineering. They are perfectly sorted and tuned for maximum attack at all times.

The CTS-V feels more artisanal. While the majority of M5 and E63 shy away from this sentiment, I for one love it. It’s a very old-school approach to going fast where a stonking massively powerful engine is shoehorned into an engine bay and hoping for the best.

I’m making it sound like a gaggle of Caddy engineers built this car over a weekend but that’s entirely not true. The guys and gals were very careful when creating this car as they wanted to uphold Cadillac’s posh image and spice it up at the same time. 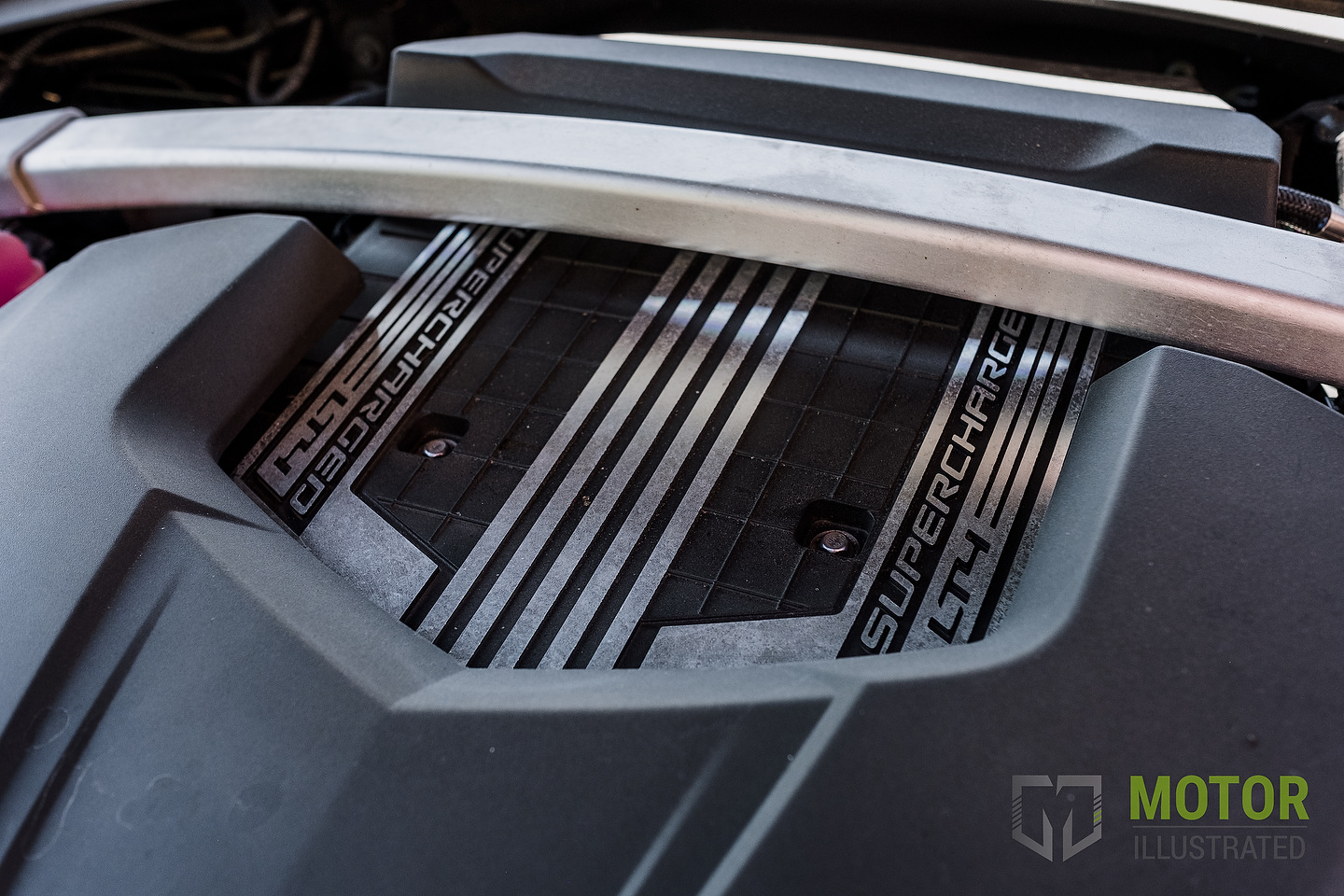 The supercharged 6.2-litre V8, shared with the Corvette ZR1, produces 640-horsepower and 630 lb.-ft. of torque, but you’d never know it, unless you hear it start, or charge towards the setting sun. Under normal loads, the V8 is disconcertingly quiet. When pulling a hard passing manoeuvre on the highway, complete neighborhoods two towns over hang on for dear life.

As the driver, I did the exact same thing. Unless the tires are just short of their melting point, they struggle immensely when the power hits the rear end. Much care must be taken as the rear tires squirm and struggle for dear life – two hands on the steering wheel please.

Once off, the power and responsiveness from the 8-speed automatic transmission is overwhelmingly addictive. No matter the 1,900 kg curb weight, speed is easy when the charger is on full whine. Standard with the CTS-V is GM’s Magnetic Ride Control. The dampers are brilliant and best left in Touring mode. In fact, the whole of the CTS-V, on the street, is easier to manage when all controls are in their most relaxed setting. 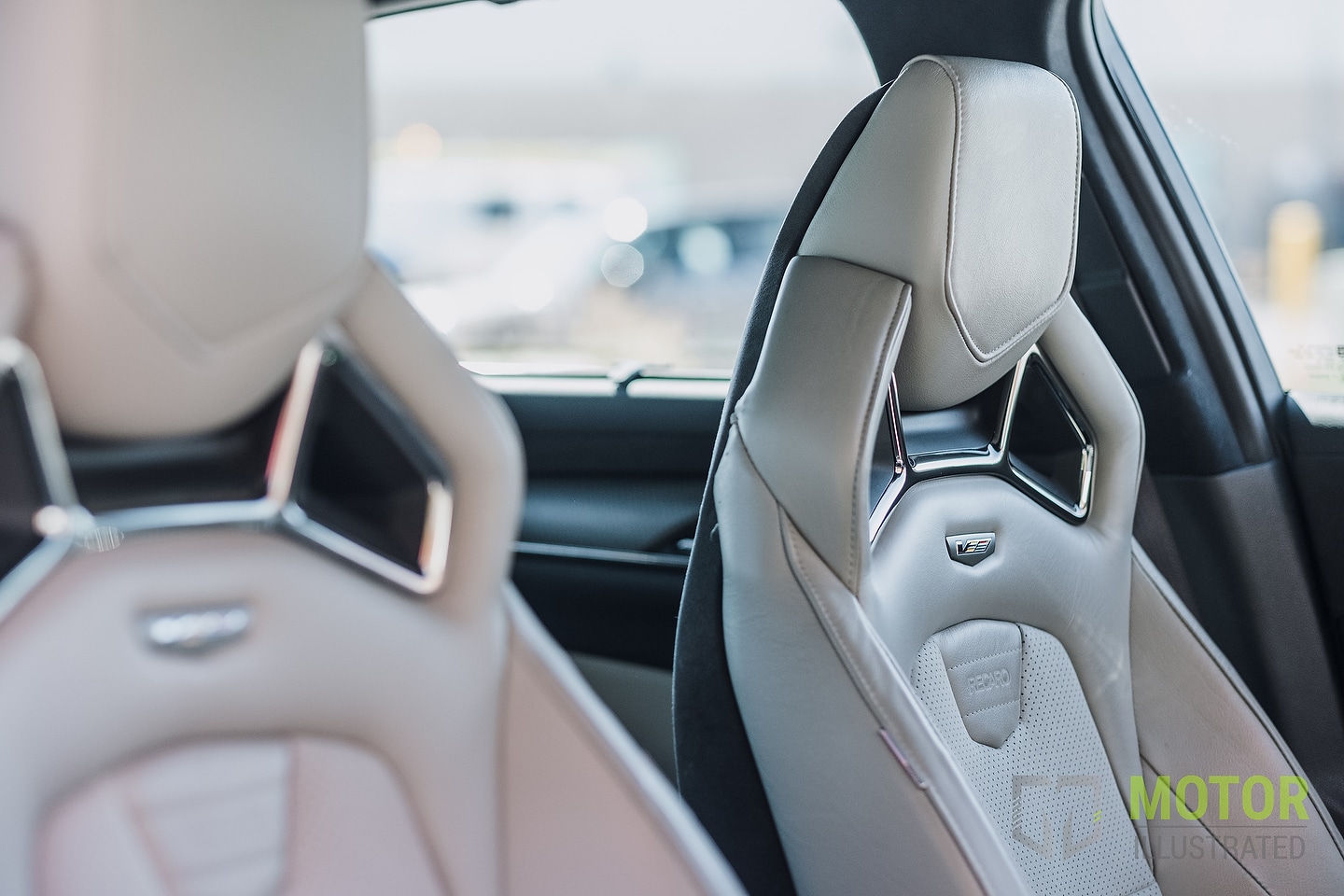 Big differences, inside and out

As a car for touring purposes, the CTS-V excels with a large, lovely and luxuriously appointed cabin. The included front Recaro seats are perfect for road and track however the steering wheels could do with thinner spokes for better grip.

The only distraction from the outside are some tire noises and the supercharger’s whine when the throttle follows the geese. Otherwise, the level of onboard kit is complete. The 2018 Caddy CTS-V includes head’s up display, Android Auto and Apple CarPlay, a 12.3″ colour diagonal Driver Information Centre, Cadillac’s Connected Access with 10 years of included connectivity and more.

While the cabin soothes generally speaking, the Cadillac CTS-V’s presence does not. Unlike the Germans, the Caddy is not visually subtle. Caddy designers threw in all kinds of aero bits including a real carbon fibre hood. My tester included the optional Carbon Fibre Package which adds CF hood vent, front splitter, rear spoiler and diffuser. The sheer size of the car, the sounds and visual onslaught it is make it impossible to ignore. 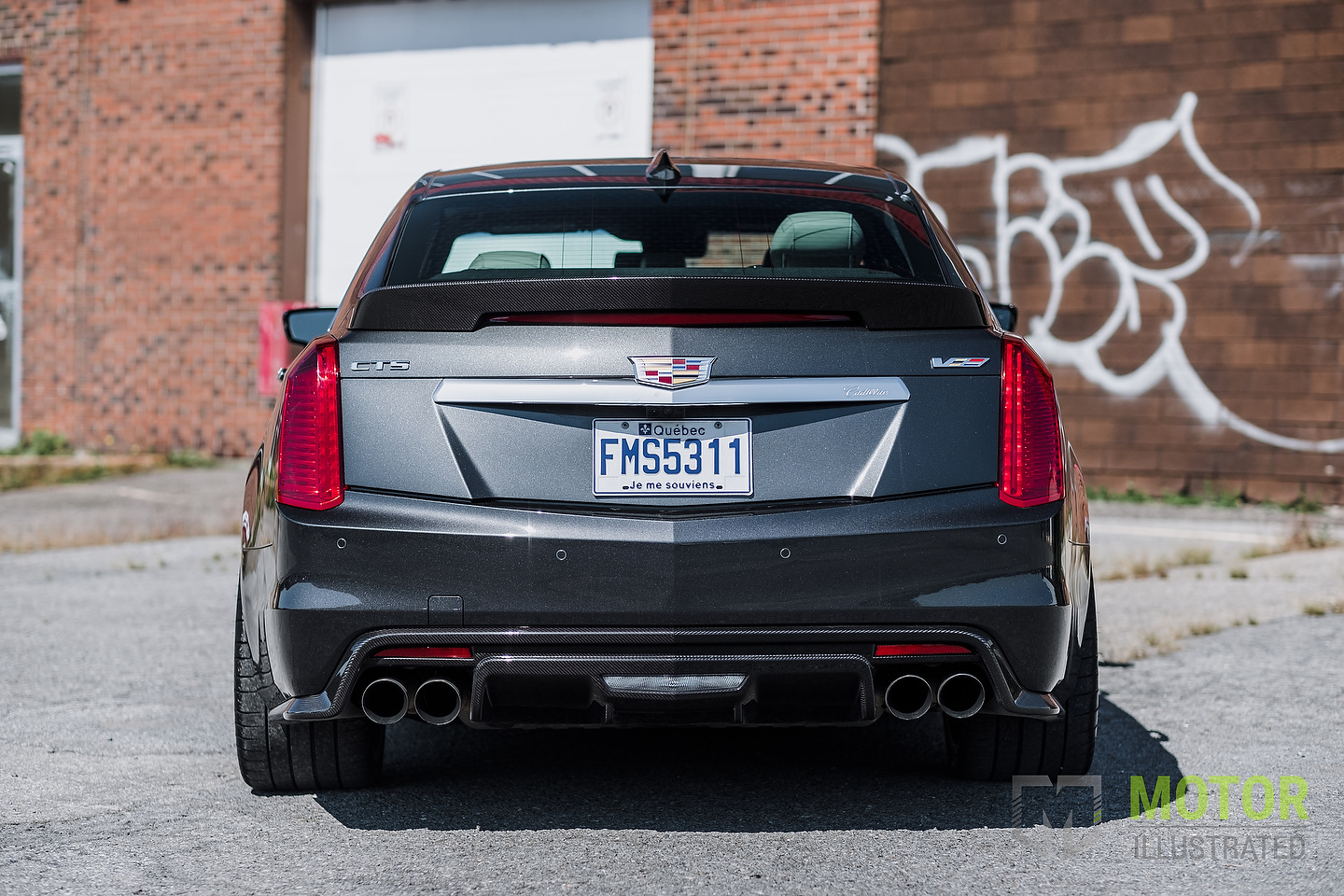 Should you buy a CTS-V?

Now, does one considering a high-powered luxury sedan opt for the 2019 Cadillac CTS-V? This car will be a classic, I promise you, especially north of the Rust Belt. I say this because the CTS-V is a very rare RWD-only exception in its category that can include the (more expensive) Audi RS 7, S8, Maserati Ghibli and aforementioned Mercedes and BMW. This makes the Cadillac impractical here in the winter. No one will lease this car for four years and store it at the first sign of snow…

Although it will be available in 2019 (in the US at least), I’m convinced it won’t last much past that model year. Again, it’ll be a classic but if you’re shopping for an all-season bruiser, best to look elsewhere.

Cadillac Pairing up with Andretti Global For Potential F1 Bid

Cadillac Already Has Enough Celestiq Orders for 18 Months of Production

The Cadillac Lyriq Could be Cheaper in 2024 in the US