The second-generation Audi R8 was introduced in 2015, almost nine years after the first R8 was unveiled. That’s a long time to have one model in place in any segment, especially when it’s your flagship.

Audi won’t make that mistake again. Enter the 2019 Audi R8, a tweaked and improved version of the current Audi supercar.

The first thing that stands out is the design. The overall shape remains the same, but the front is more agressive and takes several elements of Audi’s LMS GT3 and LMS GT4 race cars. The rear now features rounded exhaust pipes and a larger diffuser.

Audi hasn’t reinvented the R8, but the look is certainly sharper and distinctive enough  to be noticeable immediately. It kind of looks like the current model if the current model had a high-performance or more exclusive package or version. I don’t know if that makes sense.

The driving dynamics of the 2019 model have been improved as well with suspension upgrades that will provide better stability and more precise handling according to Audi. More power is also noted in the press release, although no horsepower numbers have been provided.

Current Audi R8s can be had with either a 532-horsepower or 602-horsepower V10 engine. The 2019 model will still have 10 cylinders under the hood from what we can gather, and we expect Audi engineers to have simply tweaked a few things to bump up output.

Two new colors which you can see in the images below will be available (Ascari Blue and Kemora Gray), and the Audi Drive Select system will add driving modes for snowy, dry or wet conditions.

No arrival date has been announced for North America, but expect the redesigned R8 to arrive here just in time for summer. 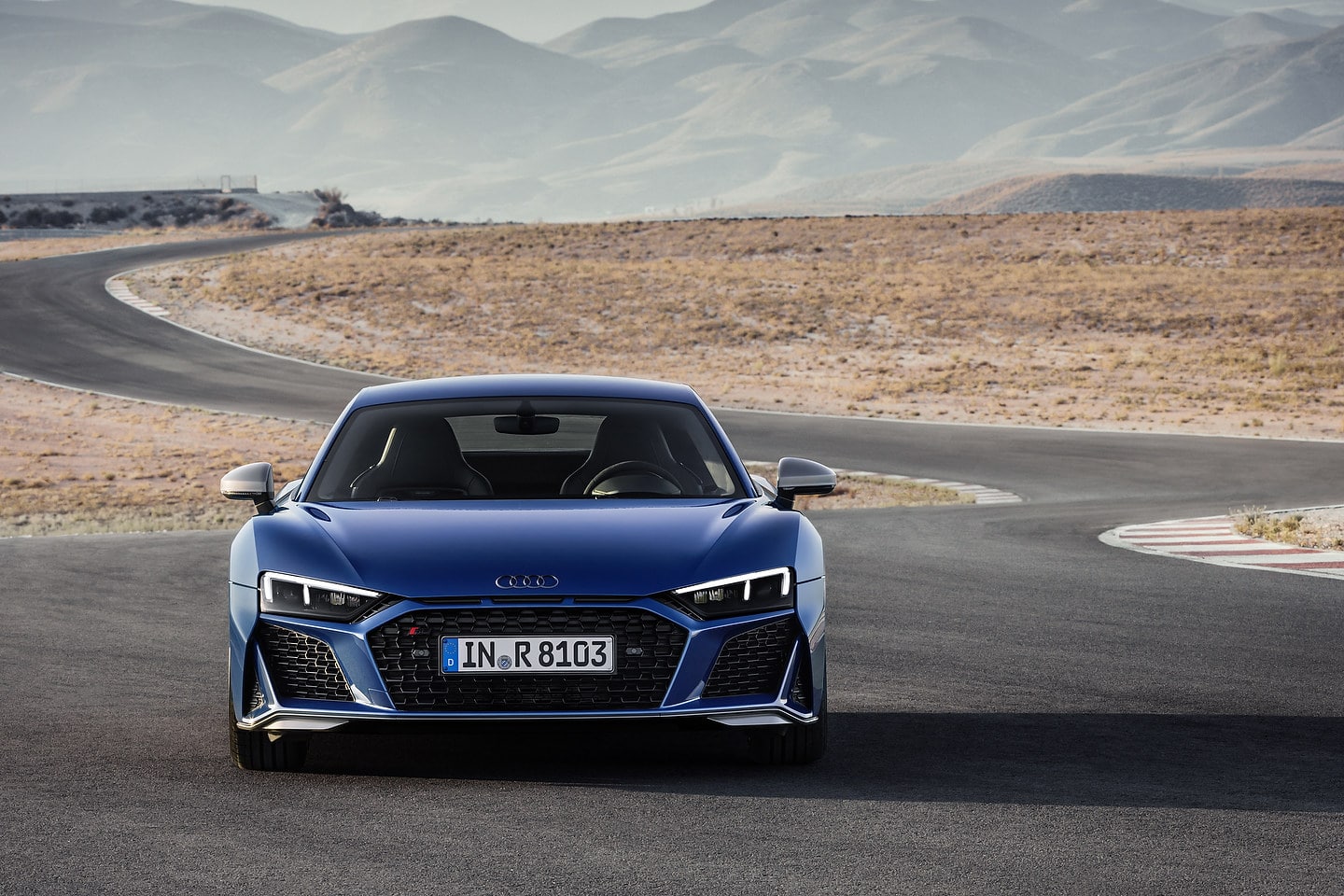 Mazda CEO notes that the EV space is suffering growing pains. PHEV technology, according to him, offers the best of both worlds. Strong demand...
Read more
Previous articleFive things you should know about the 2019 Audi Q8
Next articleEuro NCAP Crash Tests the Hyundai Nexo FCV