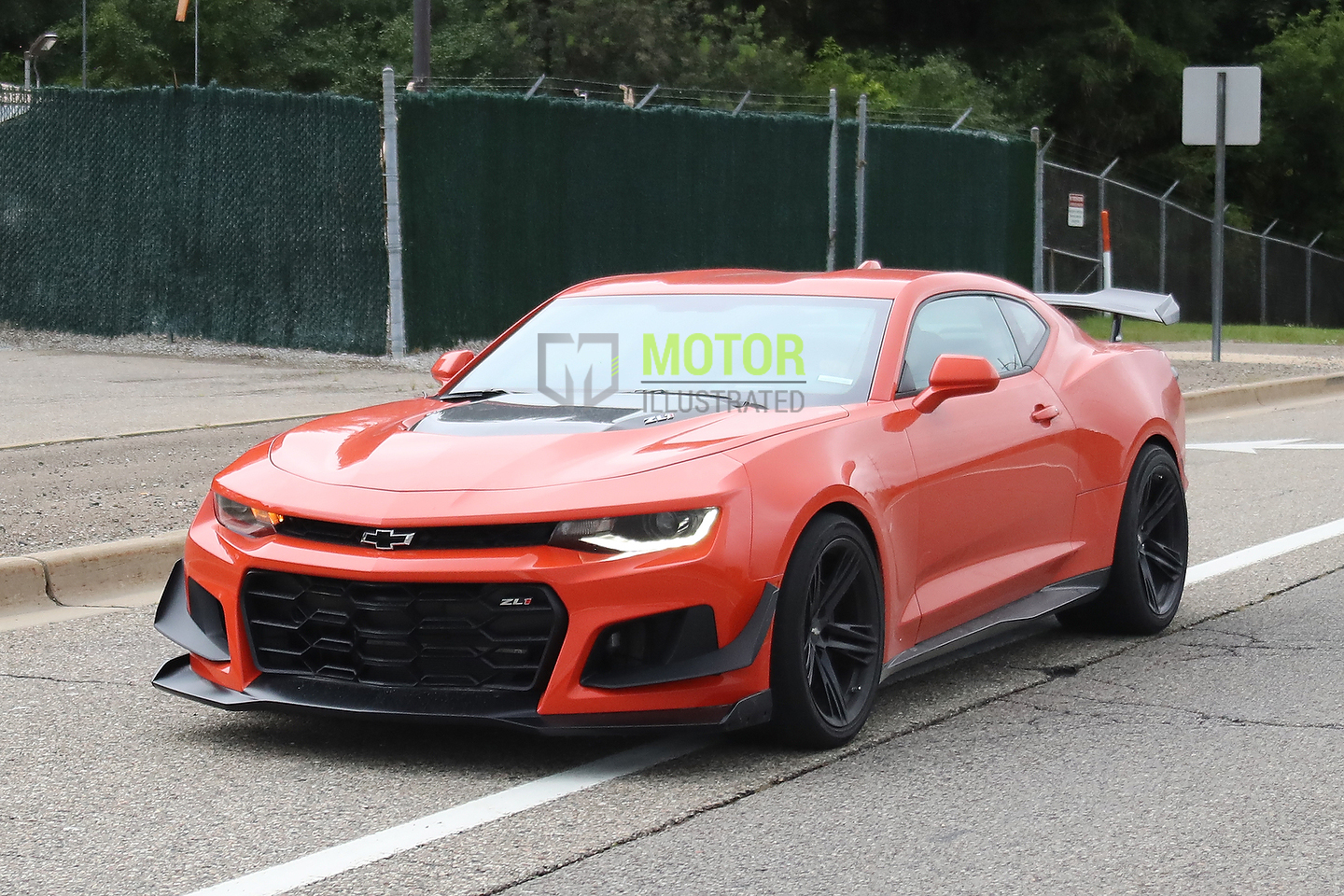 Today we caught a quick look at an undisguised, production ready 2019 Camaro ZL1 1LE while testing outside of GMs Milford Proving Grounds.

While almost every other Camaro variant was revealed back in April, the ZL1 & ZL1 1LE were unfortunately absent.

Up front, the ZL1 1LE appears to remain virtually unchanged, but around back it gets a new toned-down rear bumper, new taillights, and what appears to be an additional camera (the normal backup camera appears to be right above the license plate) built into the satellite radio shark fin. Interestingly, the production ready ZL1 we spied back in July had a similar camera built into the rear wing, not the shark fin.

Power is still expected to come from the 6.2L LT4 which is good for 650hp and 650 ft-lb of torque, while being mated to a TREMEC six-speed manual.

Expect an official debut in the coming months.