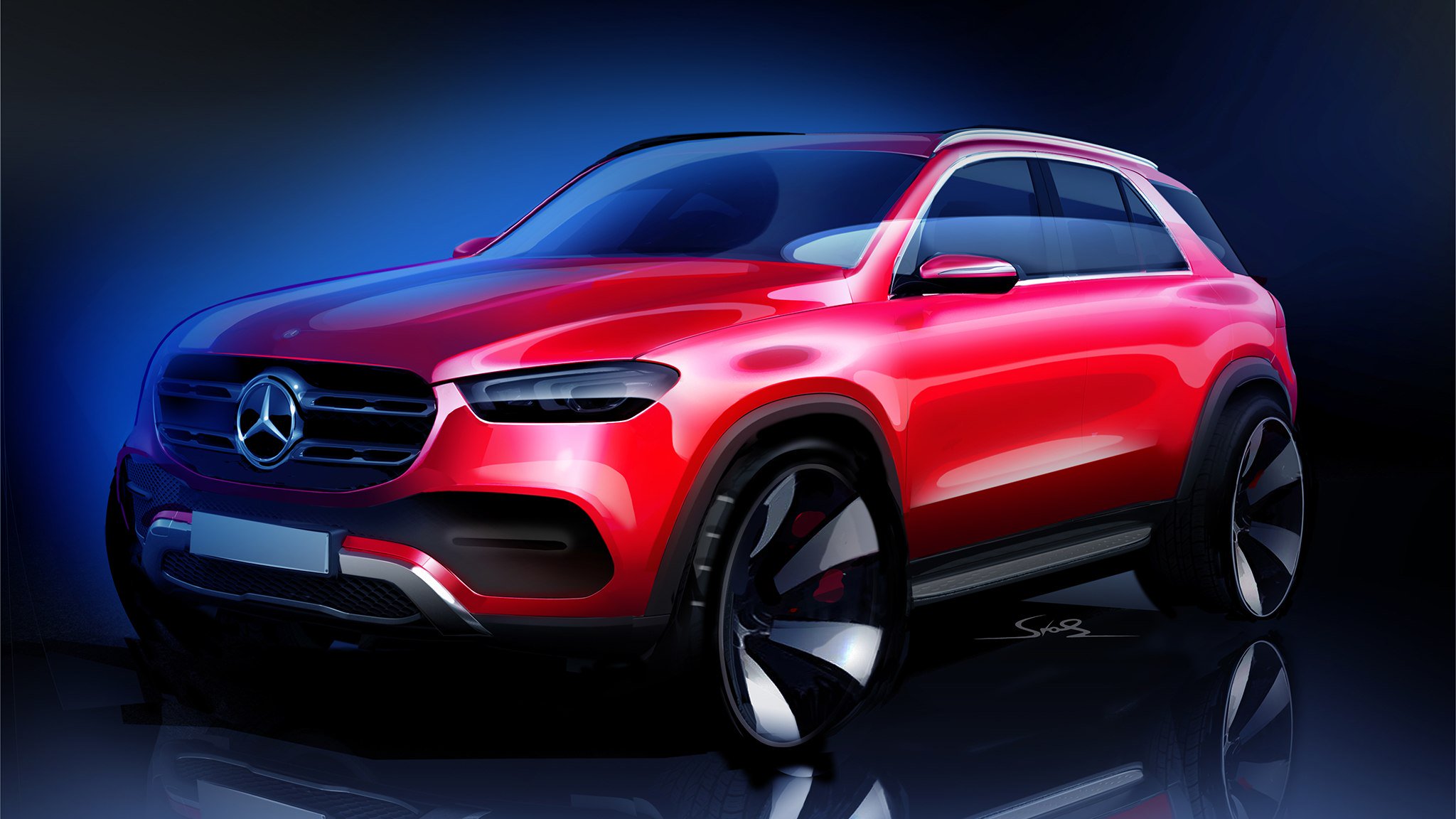 As a brand-new mid-size luxury sport utility vehicle, the 2020 Mercedes-Benz GLE is automatically one of the most important vehicles set to debut at the Paris Motor Show next month.

That segment is one of the most important cash generators for automakers like Mercedes-Benz, BMW, and Audi, and it’s welcoming a host of new models at the moment. BMW is set to launch its redesigned X5, Audi has a young Audi Q7 to offer consumers, and Lexus is adding a third row to the RX.

A new visual signature for the 2020 Mercedes-Benz GLE

Mercedes-Benz couldn’t afford to stand still. We have very little info on the next-generation Mercedes-Benz GLE. From the sketch it appears the next-gen GLE will feature a much bolder design with more muscular, in-your-face lines.

That said, the only look at the production version we’ve gotten so far is a teaser video showing a new LED running light pattern and side-view mirrors that are bigger than the ones seen on the sketch.

No info has yet been released about engines and versions, and we don’t expect anything to drop before the Paris Motor Show. As is the case with the current GLE, expect plenty of versions including a hybrid, various six-cylinder and eight-cylinder engines, and plenty of AMG versions.

Hyundai will get batteries from SK On from 2025 New US EV plant expected to open that year Hyundai has signed a new agreement...
Read more
Previous article2019 Chevrolet Camaro ZL1 1LE Gallery
Next article2019 Toyota Camry at a glance