Glance 2019 Ford Mustang at a glance 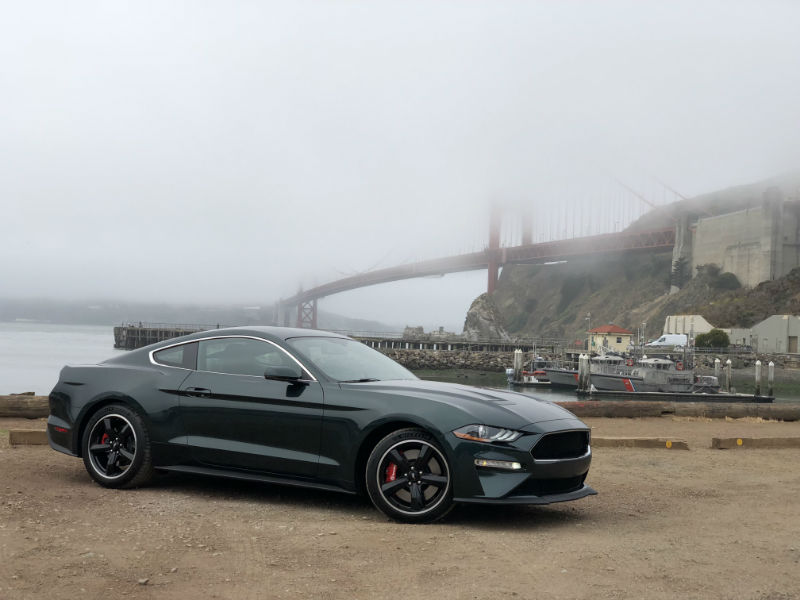 The big news with the 2019 Ford Mustang lineup was the introduction of the all-new Bullitt at this year’s North American International Auto Show in Detroit. The car is now available to those few buyers who are lucky enough to get their hands on the future collectible.

There’s also a new California Special edition, but that’s about it when it comes to changes made to the 2019 Ford Mustang. The 2018 model-year saw the Mustang go through a significant mid-cycle refresh that included an exterior redesign and a revamped engine lineup.

And then there’s the Bullitt. With 480 horsepower instead of 420, it has an added little kick that bridges the gap between the GT and Shelby GT350 in a way that makes the latter somehow less desirable.

Other changes introduced last year like the 10-speed automatic gearbox and more aggressive-sounding exhaust are back for 2019.

What the 2019 Ford Mustang does well

1. The 2.3-liter Ecoboost four-cylinder engine is by far the best entry-level engine you can buy in the muscle car/pony car segment.

2. The 10-speed automatic introduced in last year’s refresh is surprisingly efficient in every way. It’s helps with performance, improves comfort and makes the Mustang more fuel-efficient than ever before.

3. It’s more comfortable than the Chevrolet Camaro and Dodge Challenger with an interior that feels less cramped. It also has a lot more space than the Camaro in the trunk.

4. The Ford Mustang GT finally sounds like a muscle car

What the 2019 Ford Mustang doesn’t do so well

1. The only problem with the 2019 Mustang’s Ecoboost engine is that it doesn’t sound very aggressive or sporty from the outside. The exhaust note you hear inside is fake.

2. Unless you get a GT350 or a Bullitt, these things depreciate like crazy. You might want to lease it or go with a demo.

3. There are a ton of Mustangs on the road. Regardless of which color and version you go with, you won’t have to wait too long before seeing another Mustang exactly like yours. The Camaro tends to be a little more exclusive. Again, this doesn’t apply to the GT350 or the Bullitt.

If you can get your hands on a Bullitt, then don’t hesitate a single second. The Shelby GT350 is an absolute monster, and well worth the money. Between the GT and the Ecoboost, we’d go with the GT for the sound, but the Ecoboost is the better all-around performer.

Smallest Toyota crossover dead after 2022 Likely replacement the Corolla Cross, which offers AWD and Hybrid Not only are the subcompact cars 0disappearing from...
Read more
Previous article2019 Harley-Davidson Ford F-150 Concept is on another level
Next article2019 Hyundai Elantra Preview