Auto Shows & Events 2019 Subaru Ascent: putting the past in the past, one cupholder at...

2019 Subaru Ascent: putting the past in the past, one cupholder at a time 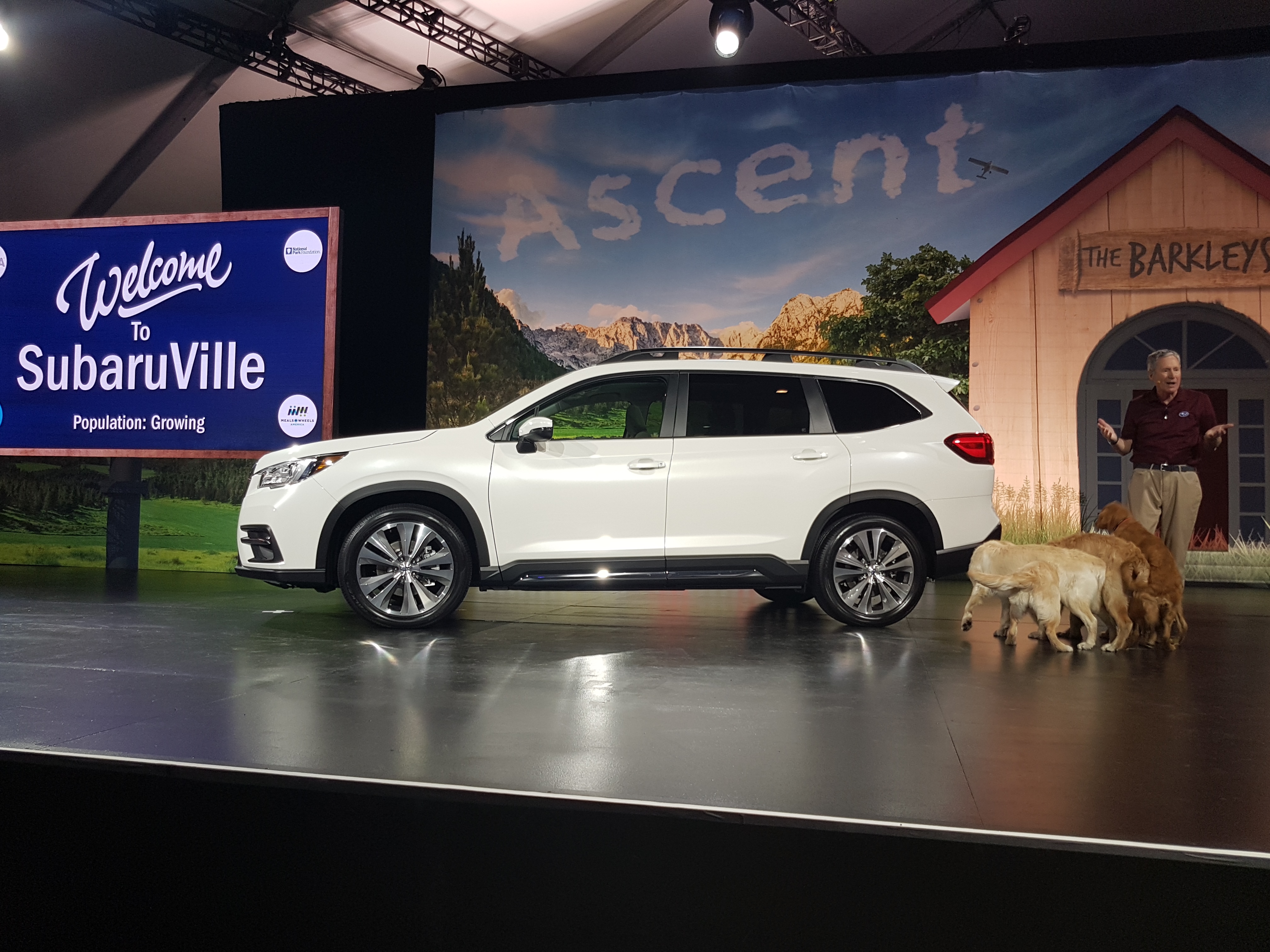 The 2019 Subaru Ascent was unveiled tonight in Los Angeles complete with driving dogs, kids playing ball on stage, and an indoor undulating path that aimed to represent either an off-road trail or some sort of park path where families spend their weekends.

There was a lot of marketing around the new 2019 Ascent, and with good reason. This is a very important model for Subaru.

For starters, it will tackle a whole new segment for Subaru. After the Forester and Outback, Subaru owners had nowhere to turn for something a little larger that could accommodate their growing families. Until now. The 2019 Subaru Ascent is a three-row, seven-or-eight passenger midsize SUV that, well, takes over for the Tribeca which sailed off into the sunset three years ago without anybody really noticing.

The Tribeca was a failure, but Subaru says it learned from the mistake. The Tribeca was too small, but the 2019 Ascent will equal or surpass most of its competitors when it comes to dimensions, interior volume and overall capacities. The aim of the new Ascent is to make life easier for your family, and they certainly seem to have put some thought into it.

There is a built-in Wi-Fi, eight USB ports, a 120-volt outlet, two 12-volt outlets, grip handles to make getting in easier, rear doors with a 75-degree opening to ensure that the door doesn’t get in the way of your passengers or whatever else you want to put in the back of the Ascent, and the piece de résistance, 19 cupholders.

Now, that number seems ridiculous, and in actuality it really is, but it proves a point. It shows us that Subaru understands what buyers need from a midsize SUV. That wasn’t the case when they built the Tribeca which can now rest safely in the past. The 2019 Subaru Ascent is much more properly executed.

Eyesight active safety and all-wheel drive are standard. The engine is an all-new 2.4-liter, turbocharged four-cylinder BOXER engine that delivers 260 horsepower and 277 pound-feet of torque which is good enough to tow 5,000 pounds.

Pricing won’t be announced until later this winter, and the 2019 Subaru Ascent will arrive in dealerships this summer.