News 2020 Kia Forte5 Is Latest Hatchback To Hit The Market

2020 Kia Forte5 Is Latest Hatchback To Hit The Market 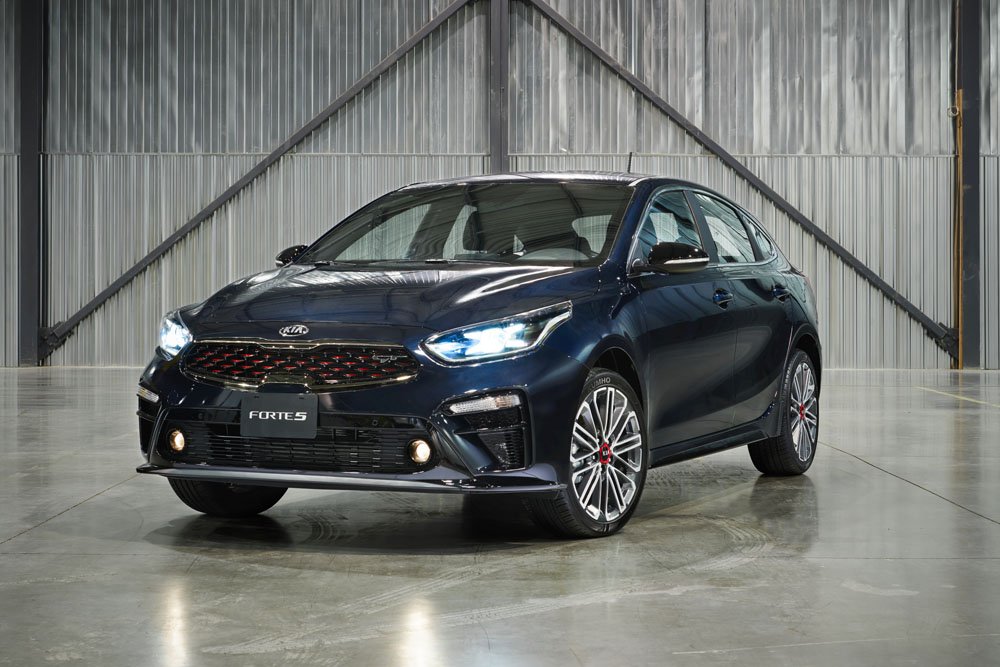 North Americans got their first look at the all-new Kia Forte5 tonight a week before it’s set to officially debut in North America at the Montreal International Auto Show.

The 2020 Kia Forte5 builds on the redesigned Forte sedan introduced at last year’s North American International Auto Show in Detroit. Arriving in dealerships in the fall, the new Forte5 will feature a new variable automatic gearbox and two engine options.

Kia claims the new Forte5 will be more efficient than ever thanks to a new automatic variable gearbox. The Kia Forte sedan made the switch from a six-speed automatic to a CVT when it was redesigned a year ago, and now it’s the hatchback’s turn.

No specs were provided in regards to storage space, but the previous-generation Kia Forte5 was among the most spacious cars in its class with 657 liters of cargo space. We expect the 2020 Forte5 to do even better.

“We’re confident that this new Kia Forte5 delivers on what Canadians want – a sporty, yet practical Hatchback that is great to look at, fun to drive, safe and connects to their unique lives,” said Michael Kopke, Director of Marketing, Kia Canada. ”Kia is continuing to put design, performance and technology at the forefront of all our new vehicles and this new Forte5 is another great example of why Canadians should be looking to us during their purchase journey.”

The hybrid sub-compact hatchback was sold in North America between 2011 and 2017. The new CT could slot between the sub-compact UX and...
Read more
Previous articleFor 1st generation Ford Bronco And Truck Lovers
Next article2019 Montreal Auto Show by the numbers