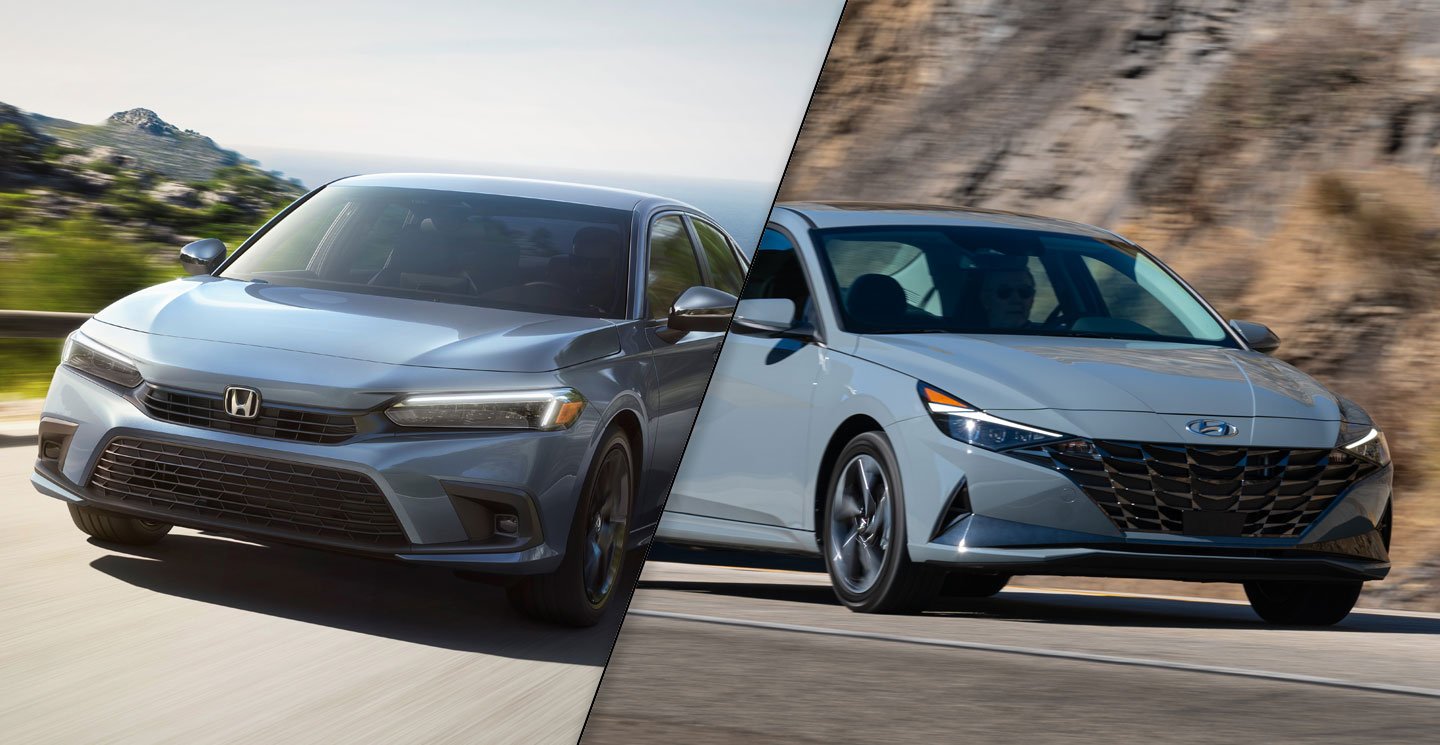 Despite consumers rushing in droves towards SUVs, a giant portion of new vehicle buyers still prefers cars over them. None are most popular in Canada than compact cars and the Honda Civic has reigned supreme for years. The story is similar in the US where the Civic is a best-seller in its segment and the 2nd best-selling car in the US. The Hyundai has been a thorn in the established group for a few decades and this latest version is poised to do more damage. 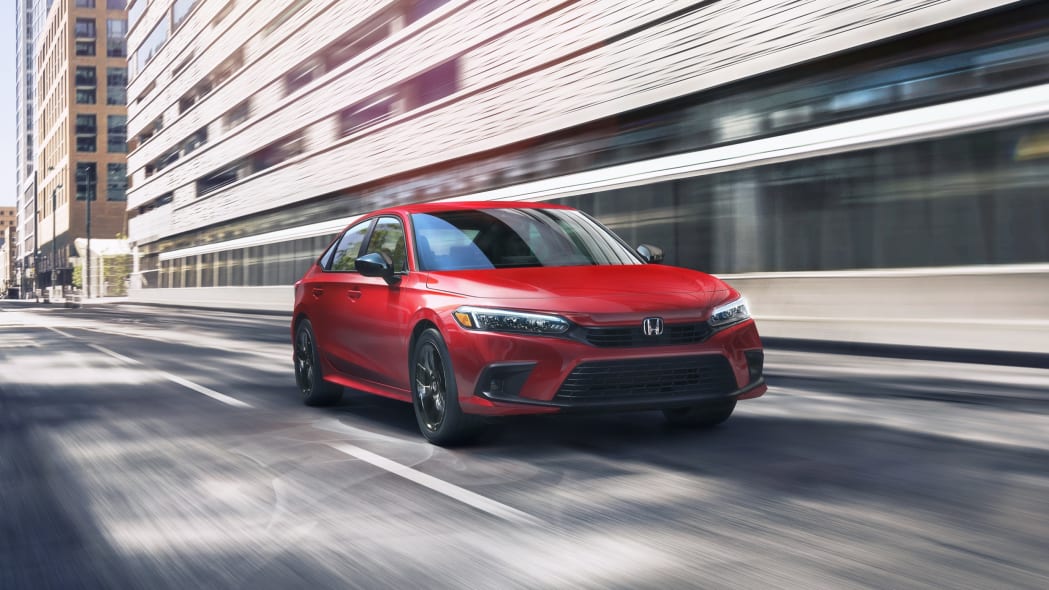 The Honda Civic has success written all over it. In fact, it’s a brand unto its own as, despite some regrettable generations introduced in the 2000s, it has earned the title of the best-selling car in Canada for 23 consecutive years. The Hyundai Elantra, on the other hand, has steadily crawled its way to the top however the Civic and Toyota Corolla remain unattainable. Can this situation change now that there’s a new Elantra? Or will the new 2022 Civic continue to rule?

Let’s compare available specifications and see which, on paper at least, seems the more interesting

Pricing for the all-new 2022 Honda Civic is still a few weeks away. We’ll get the information slightly ahead of its expected summer arrival. We’re guessing that pricing will remain close that that of the current 2021 Civic, meaning that the base price should hover between $24,000 and $24,500. In the US, $23,000 should resemble the car’s base price. 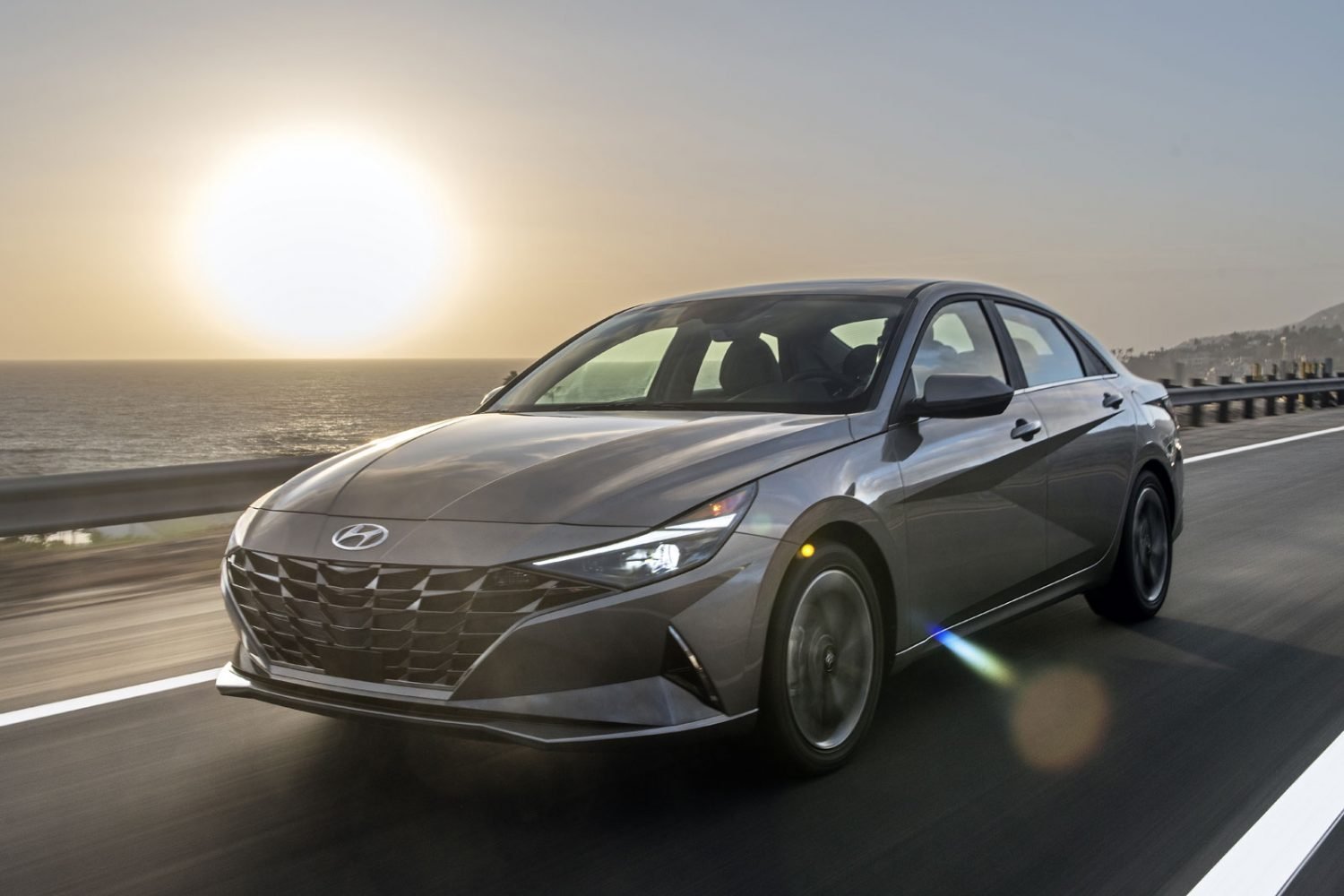 In Canada, the Elantra sedan is priced from $17,899. In the US, pricing starts at $19,650. There are up to three versions of the Elantra including the Hybrid, and N Line.

All are mated to an updated continuously variable automatic transmission (CVT) that drives the front wheels. Fuel economy is on the rise by up to 0.3L/100km or 6.9L/100km in combined driving, overall for both engines and all trims.

The basic 2021 Hyundai Elantra is motivated by a naturally-aspirated 2.0-litre 4-cylinder engine that produces 147 horsepower and 132 lb.-ft. of torque. In Canada, a 6-speed manual is available with the entry-level Essential. In all other cases, Hyundai’s Intelligent Variable Transmission (IVT), or CVT, is included. Here, with the IVT, combined fuel numbers are of 6.7L/100km.

The Elantra N Line is powered by a 201-horsepower turbocharged 1.6-litre 4-cylinder engine that is delivered with a 7-speed dual-clutch automatic transmission. The Hybrid is the efficient Queen as its 1.6-litre 4-cylinder engine and accompanying electric motor not only produce a combined 139 horsepower and 195 lb.-ft. of torque but require only 4.4L/100km in combined driving

In Canada and the US, the 2022 Honda Civic is fitted with standard heated front seats (Canada only), a 7-inch touch screen, Apple CarPlay and Android Auto, and numerous safety features such as Blind Spot information system, road departure mitigation, forward collision warning, and more. 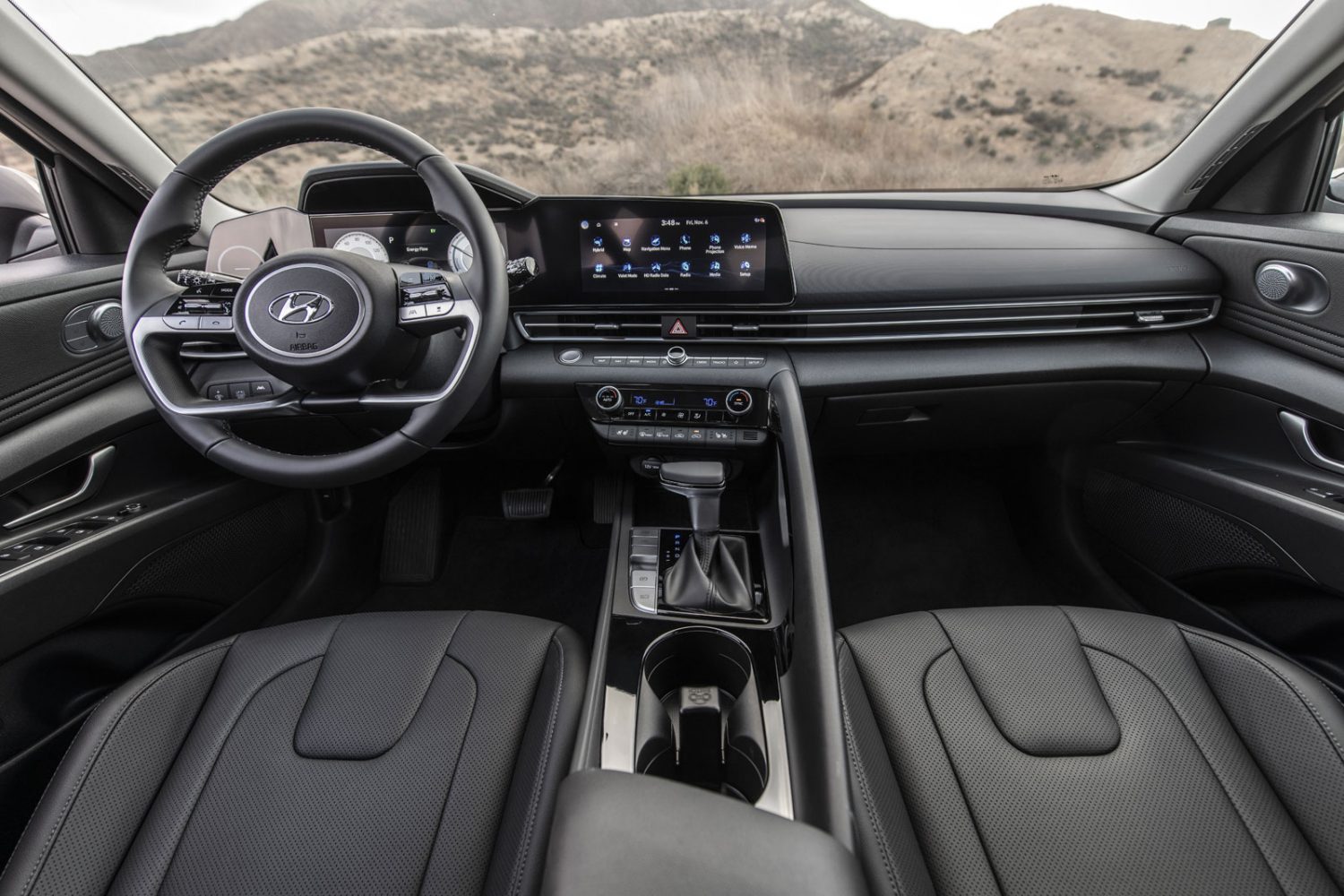 Touring trims will get a 10.2-inch digital instrument display, a 9-inch touchscreen, wireless charging, a Bose audio system, and even more safety and driver-assisted technologies.

The 2021 Hyundai Elantra Essential, in Canada, features heated front seats (Canada only), an 8-inch touch screen, wireless Apple CarPlay, and Android Auto, and numerous safety elements. In order to get forward collision avoidance, lane-keeping assist, driver attention warning, and others, the IVT must be selected.

The Ultimate trim gains a 10.25-inch digital instrument display, a 10.25-inch touchscreen, a Bose audio system, and much more.

Through the trim ladder, the Hyundai Elantra offers a few extra features sooner or provides larger displays. The 2022 Civic’s pricing will determine the value leader between the two.

The 2022 Civic is a return to Honda’s more conservative design roots. This decision does not exclude the fact that the compact sedan is attractive. From all angles, there are clear signs that the final styling was inspired by the current Accord and the new Acura TLX.

The look is clean, relatively simple, and with a touch of dynamism. This is a far cry from the 10th generation Civic which garnered many negative comments for its often overly busy characteristics. The new 11th gen Civic should please even more potential buyers.

Hyundai’s unstoppable desire to reinvent its image and design language at every turn always ends up dating the previous generation vehicles. This will be the case with the new 2021 Elantra.

The car’s styling is unique but extremely busy. The combination of surfaces and an extremely intricate front grille does work for many however it can be a turn-off for those who prefer not to “stand out.” Then again, there are so many new Elantras on the road today that they’ve quickly become all but completely invisible.

Both of these sedans are critical for volume and market share, but not necessarily the bottom line.

The Civic’s in Honda’s calling car still today despite the CR-V having now taken over as the brand’s best-selling vehicle. For many, the name Civic conjures reliability, efficiency, low ownership costs, and good fun to drive.

The Elantra is also an important part of Hyundai’s image. In this case, it’s about value, unexpected features, and initial impressions. The Elantra delivers on all these points and more. The various versions, multiple trims, and enviably affordable pricing will always make a favorite on the continent.

In both cases, even if these compact cars somehow failed and missed their mark, Honda and Hyundai have numerous SUV alternatives that are likely to keep consumers within the brand.

Our Thoughts On The 2022 Honda Civic And 2021 Hyundai Elantra

For the foreseeable future, the Hyundai Elantra will remain on the lower podium steps in the compact car segment. No matter how good and impressive it may be, the name Civic (and Toyota Corolla for that matter) carry too much weight behind it.

While some recent Honda vehicles have suffered from a less than stellar reputation, a Honda remains a Honda. This means strong resale values and average to better-than-average long-term durability.

This isn’t exactly the case for Hyundai. All of its products shine like a diamond when they leave showrooms and continue to do so for a few years. Once the honeymoon is over, however, the ownership experience tends to plunge.

The new Hyundai Elantra is an impressive car but it will still trail behind the Civic.

The Grand Highlander will be a stretched version of the mid-size SUV. Toyota will unveil this model at the Chicago Auto Show on...
Read more
Previous articleJeep Claims First-Ever PHEV Lift Kit for Wrangler 4xe
Next articleSad For No Stick New Civic? Honda Keeping Hatch, Si, Type-R Manuals