Features 2022 Toyota Corolla Cross: The 24 Hidden Easter Eggs and Where to...

It’s no secret that Toyota likes to throw in a few Easter Eggs into their new cars and trucks. Their latest model, the 2022 Corolla Cross, is no different as it features 24 hidden as well as subtle Easter Eggs that you might not notice at first glance. The Easter Eggs are located all over the vehicle and some of them are even pretty hard to find. One of the Easter Eggs is hiding underneath the hood of the car and another one can be found on each side of the C-pillar.

At first glance, we didn’t notice these Easter Eggs. But as we spent more time with the Corolla Cross, we noticed that there were more and more logos hidden throughout the vehicle. The more we looked, the more we found. We thought nothing of it at first. But then a press release confirmed our suspicion: They were indeed logos hidden throughout the vehicle, which sparked our curiosity big time. Thus, the searching began.

For the curious, here’s the part of Toyota’s press release that confirmed our suspicion and the meaning behind it: “And as a special treat, every model includes two-dozen Easter Eggs: 24 Corolla Cross logos hidden throughout the vehicle – representing the 24/7 dedication of the team that designed and engineered this outstanding model.”

As we couldn’t find an existing list of all the places they placed the Corolla Cross logos, we decided to do our own. A friend and my kids helped me search the car for them. We found 18 in total – unfortunately, that’s not quite all of them.

You can check out all the Easter Eggs we found below!

Let’s start with the most obvious ones:

There’s one on each side of the C-Pillar. 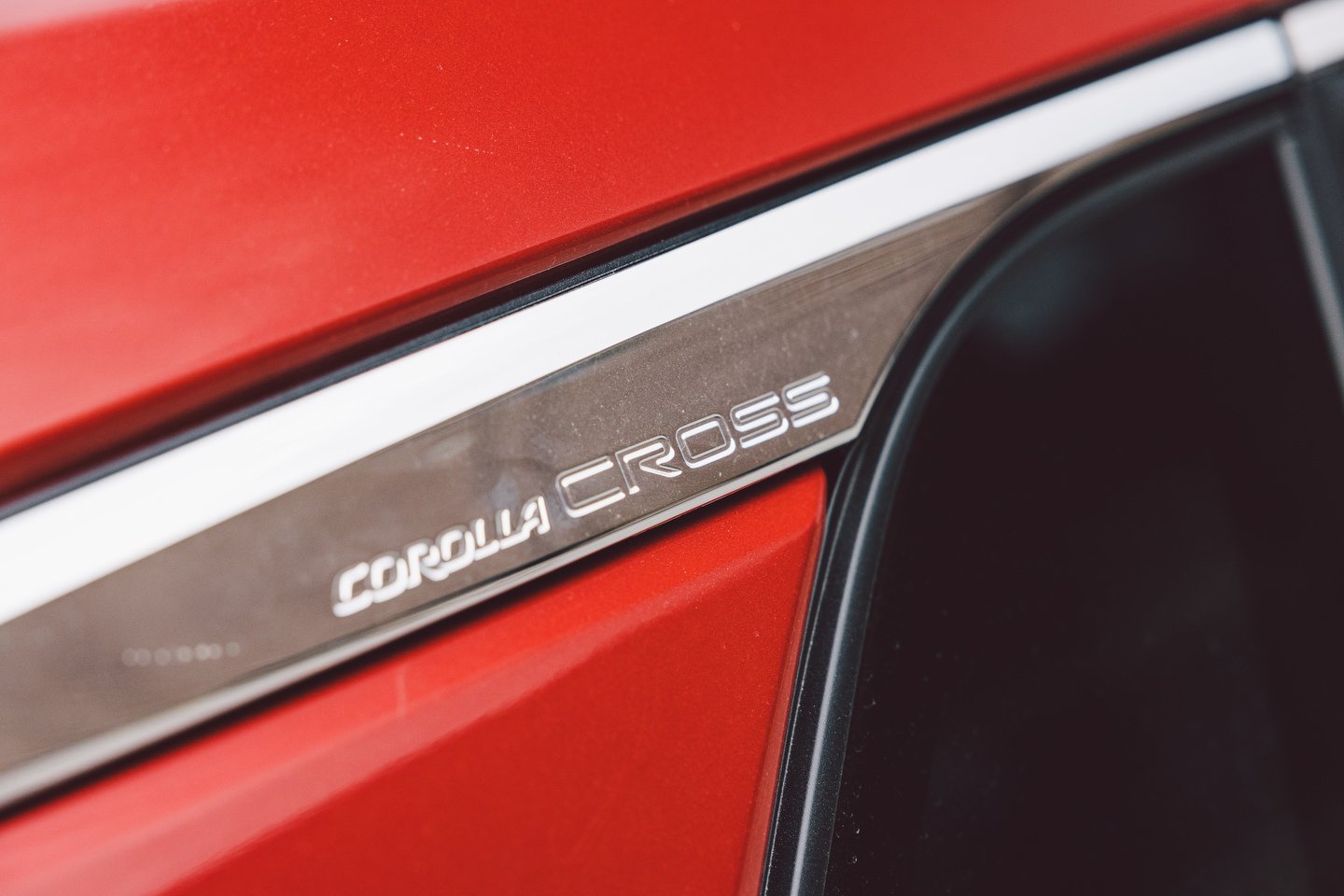 There’s one on each headlight. 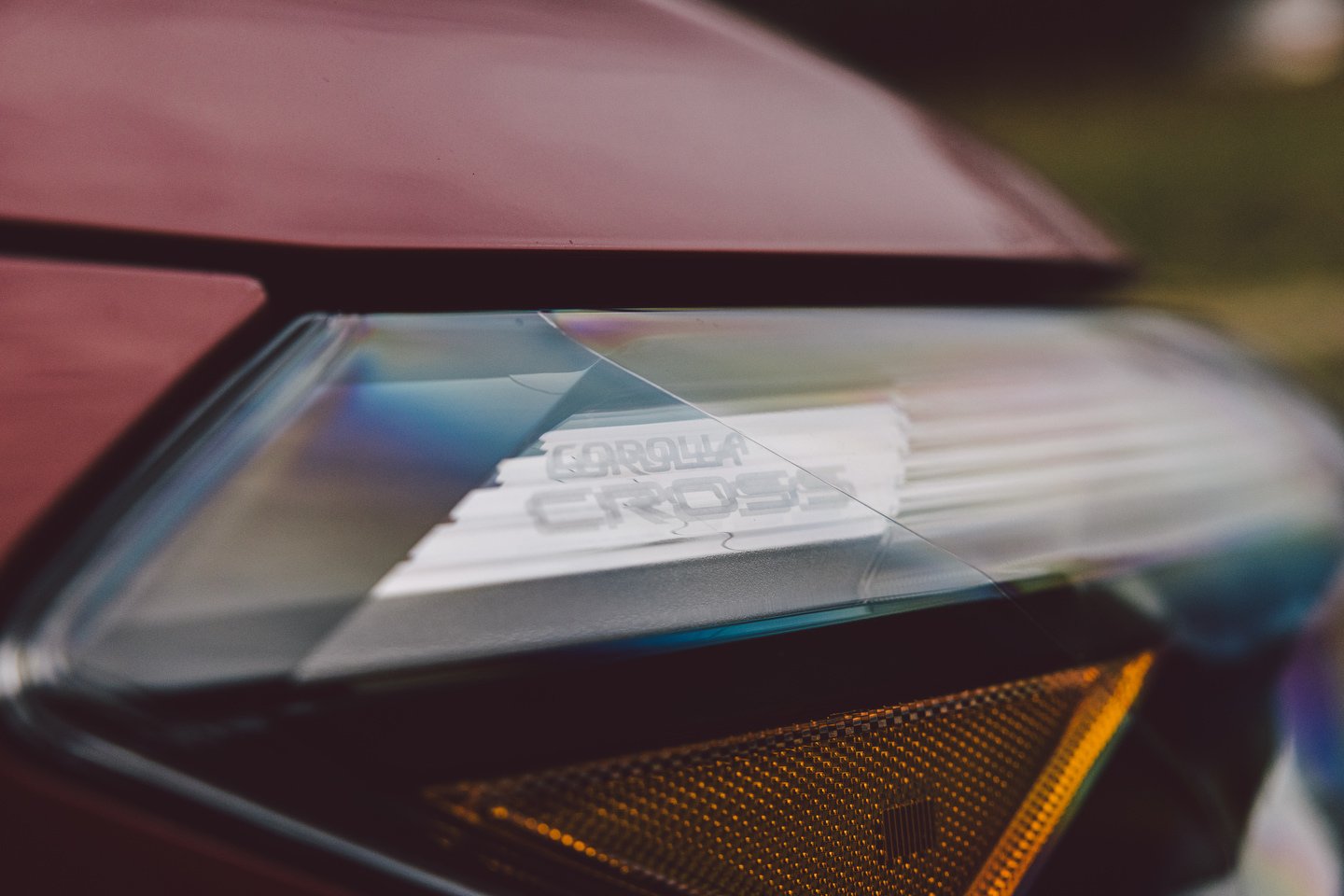 There’s one on each rear light. 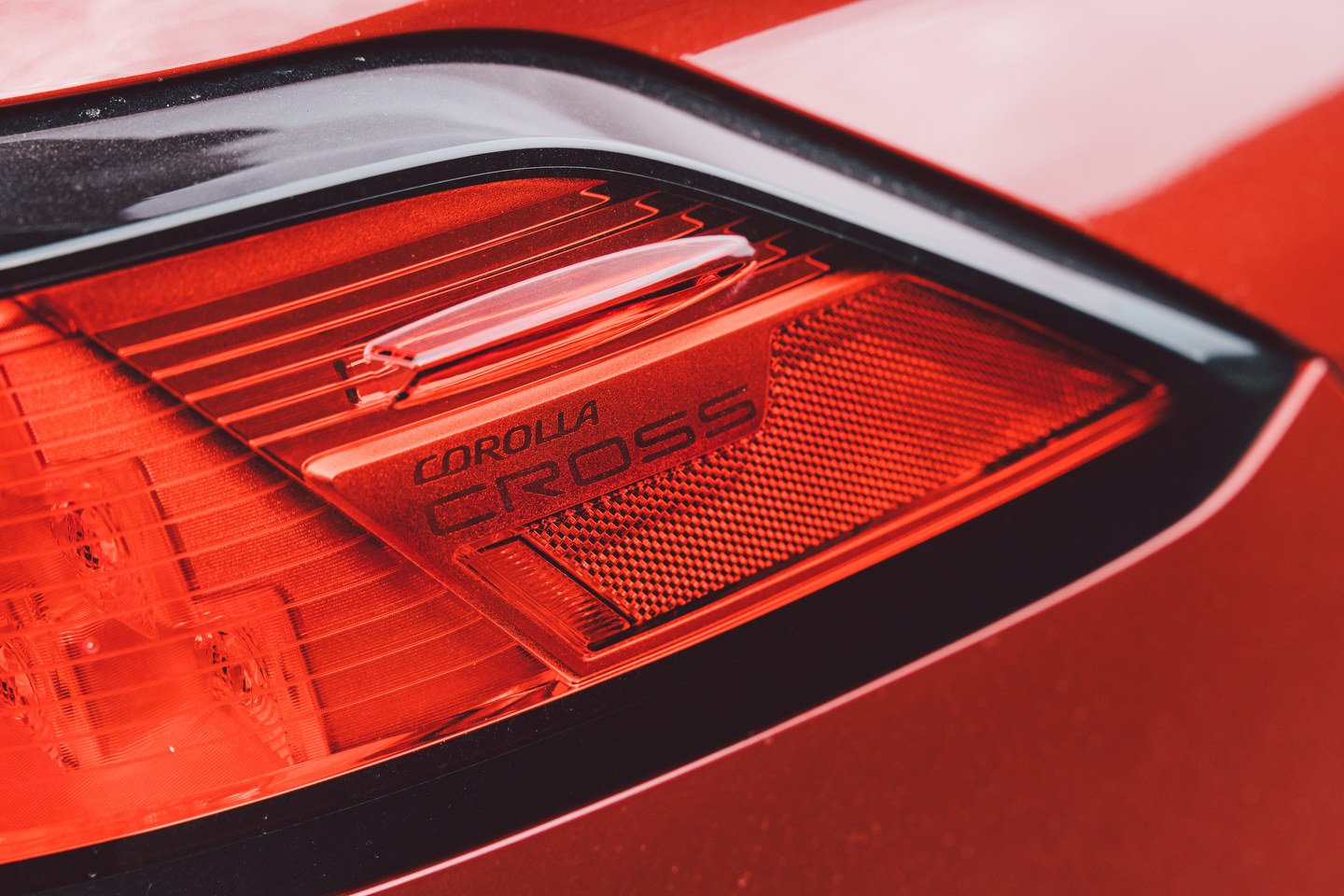 There’s the model’s name on the hatch. (Does this one even count?) 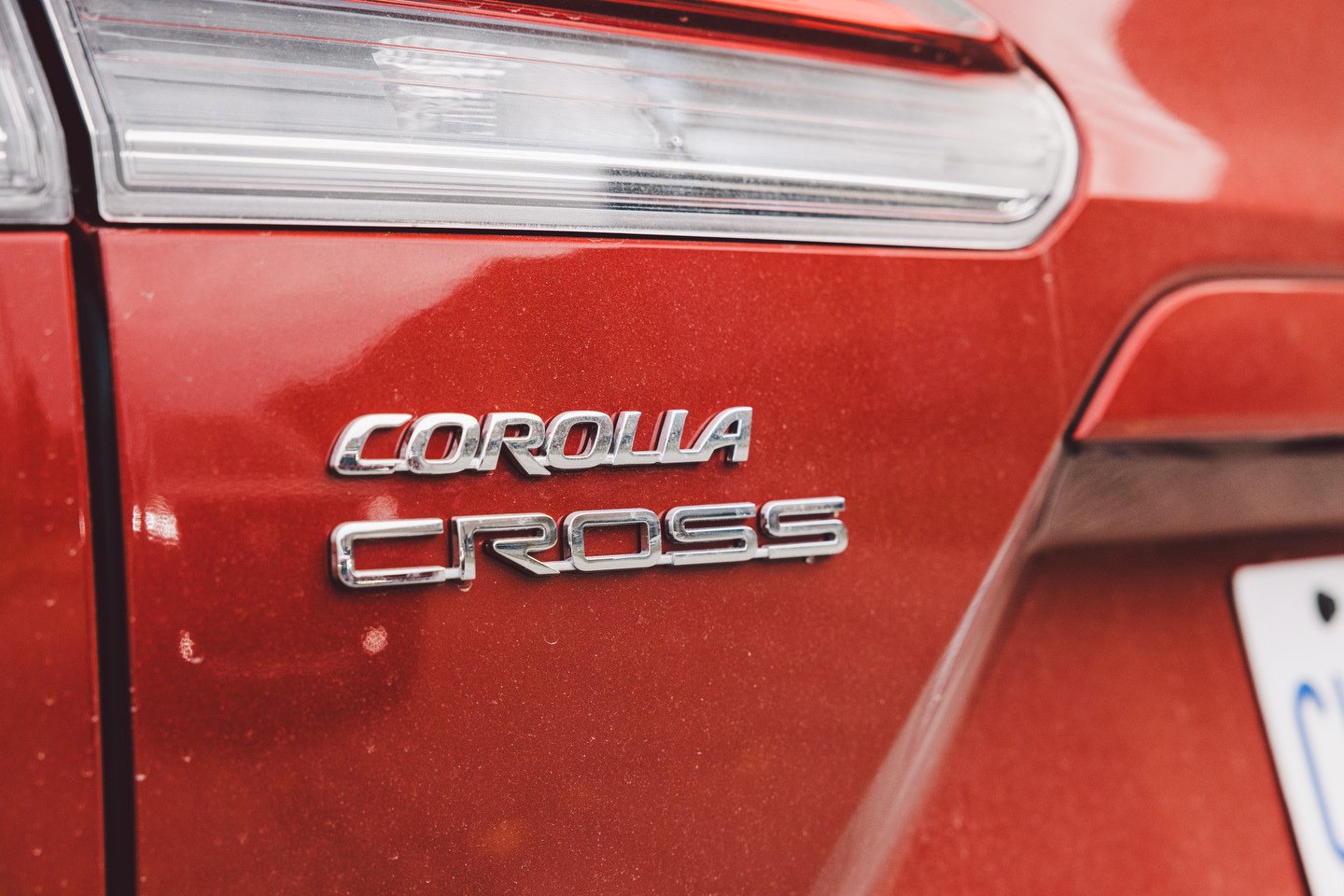 There’s one in the gauge cluster when you start the vehicle. 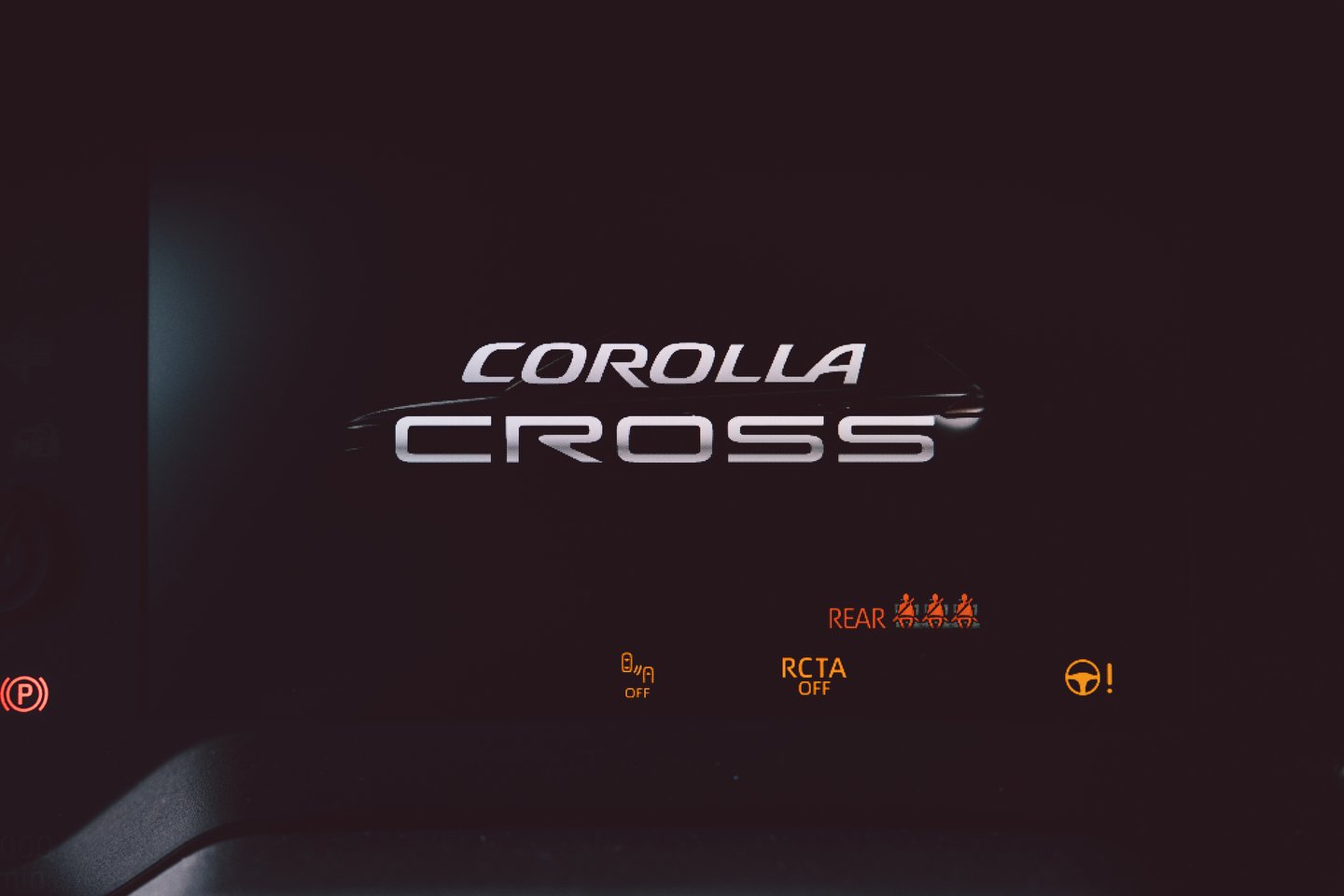 There’s one in the top-middle of the rear bumper. 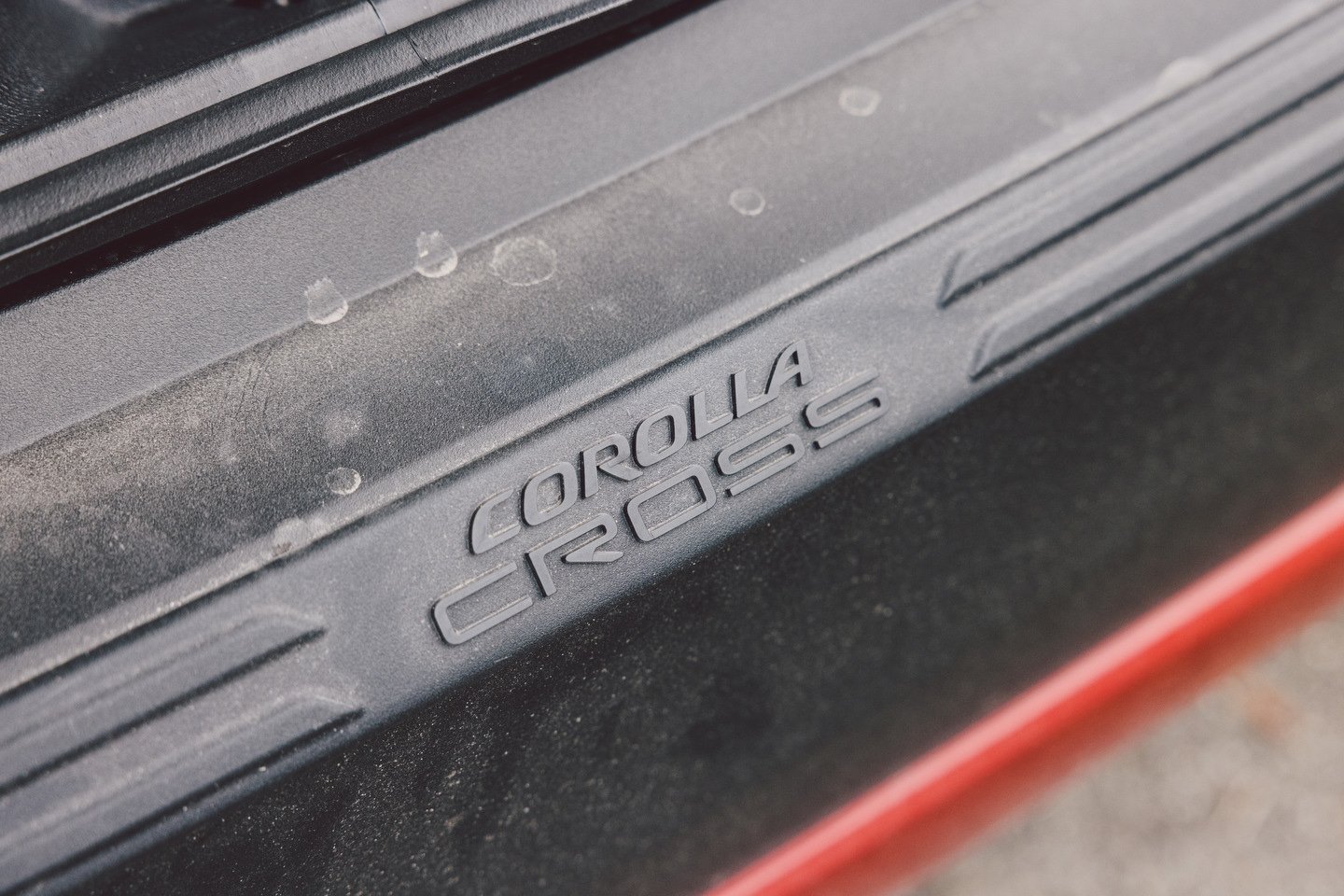 There’s one on the fuse box under the hood. 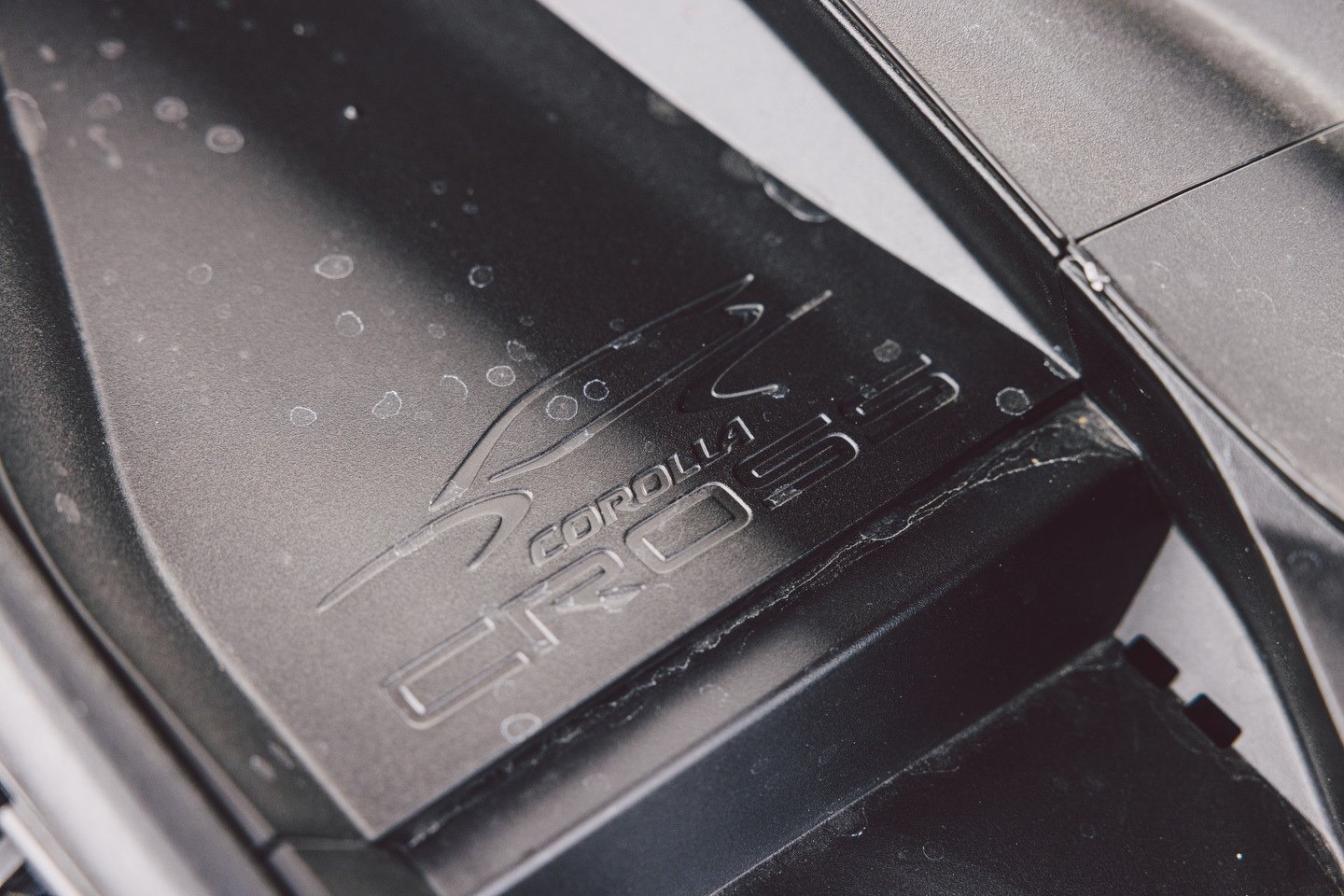 There’s one next to the latch that opens the hatch. 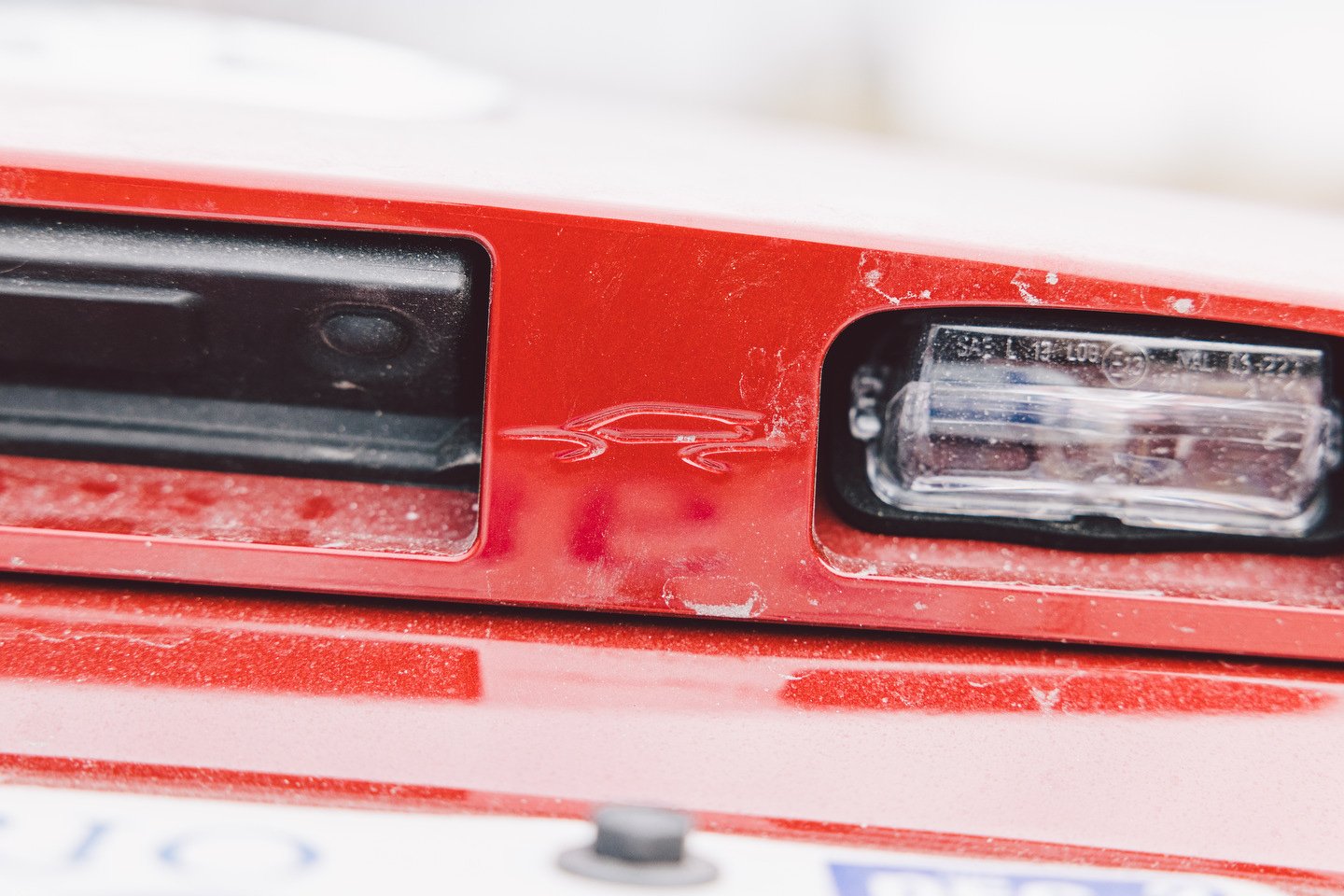 There’s one at the back of the hatch, inside. 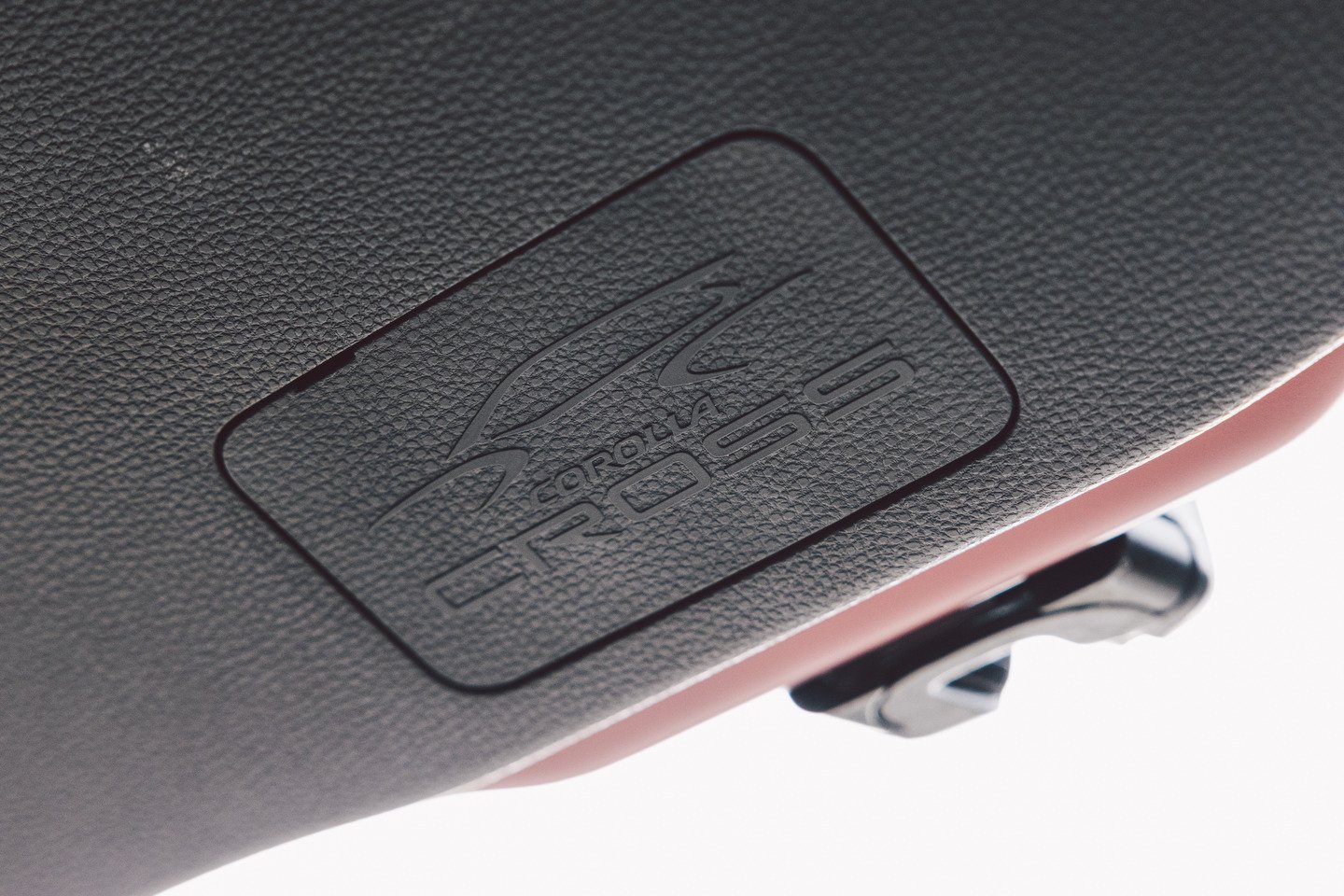 There’s one at top of the back bumper’s plastic trim. 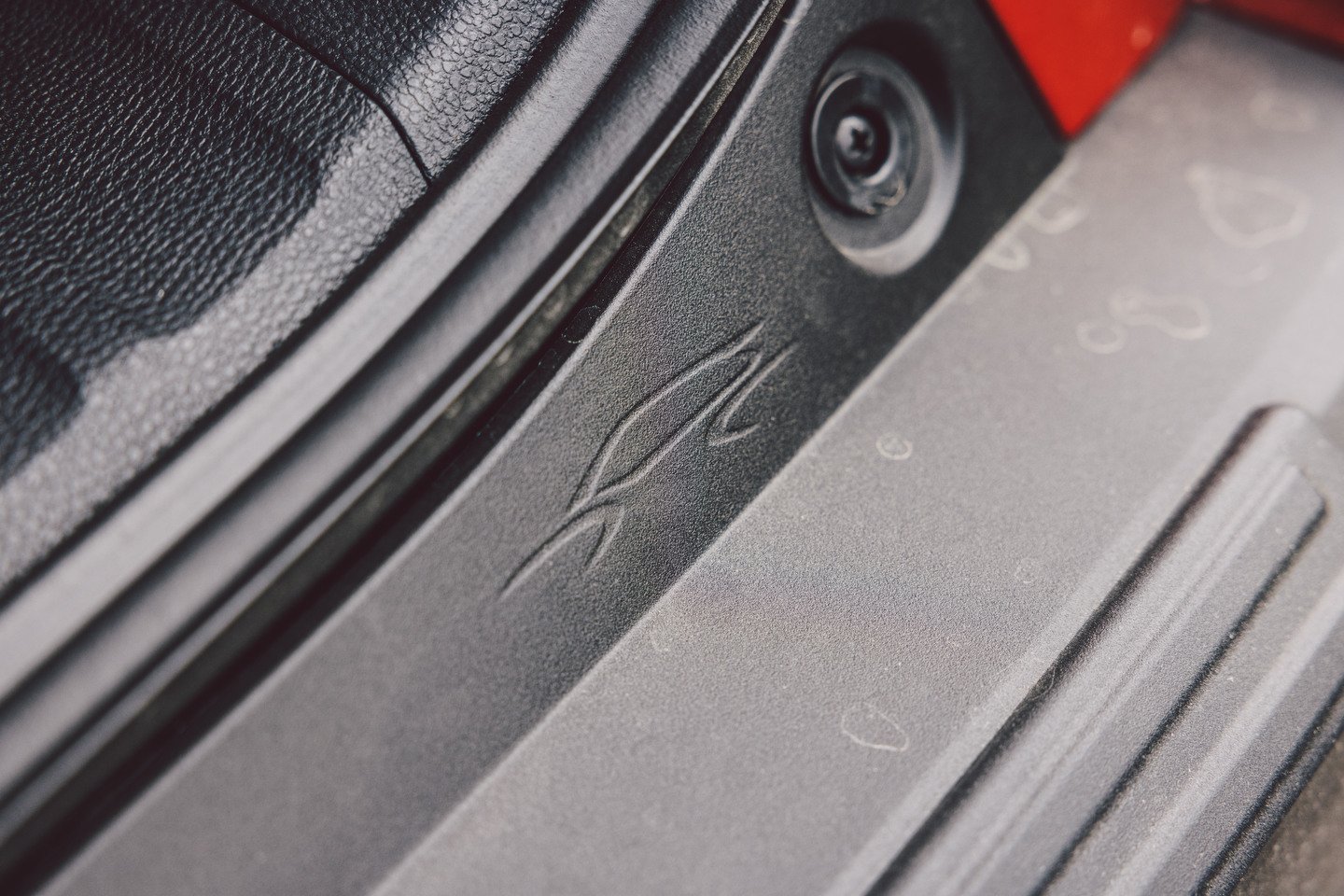 There’s one inside the right rear light. 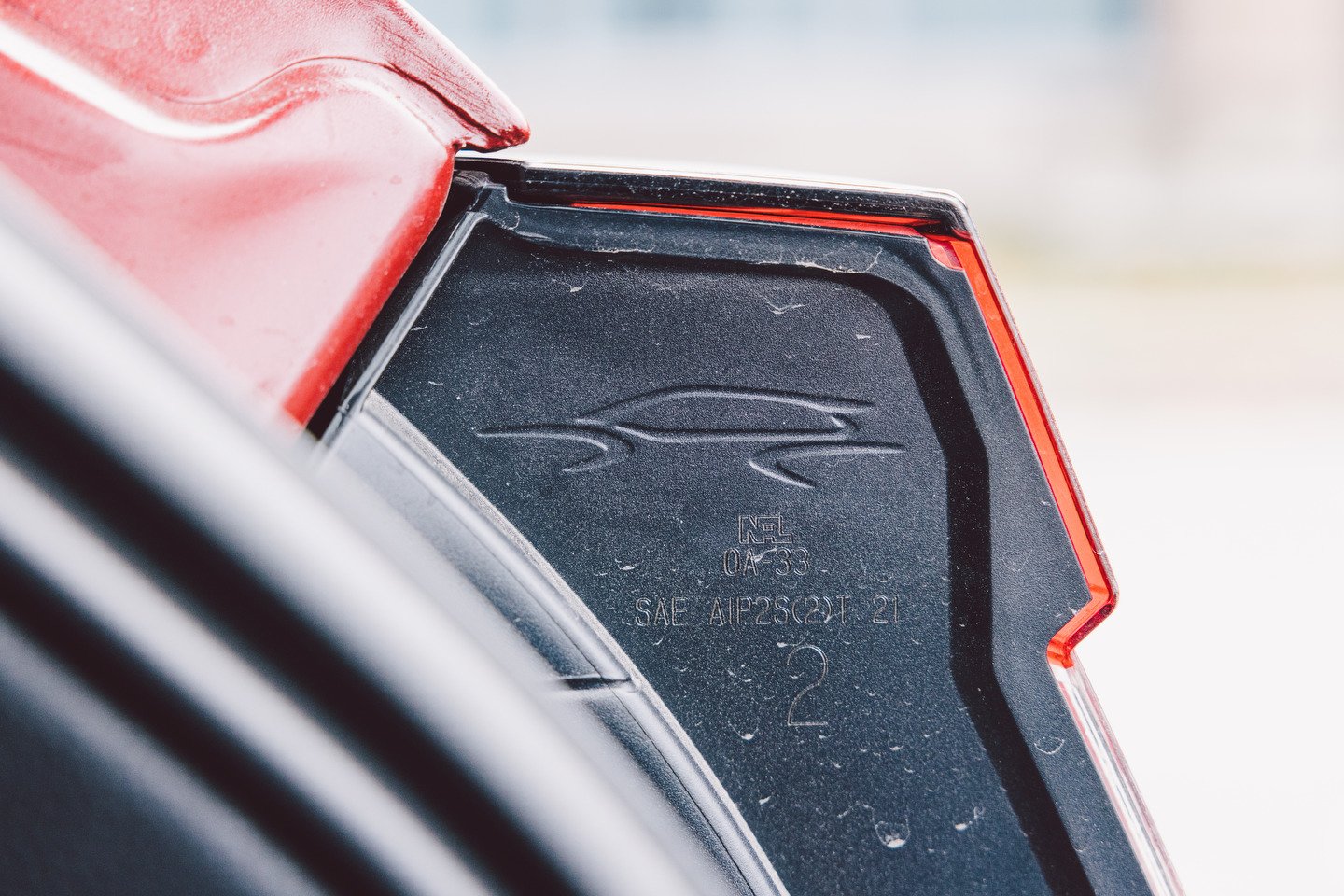 There’s one inside the plastic trim on the passenger side-view mirror. 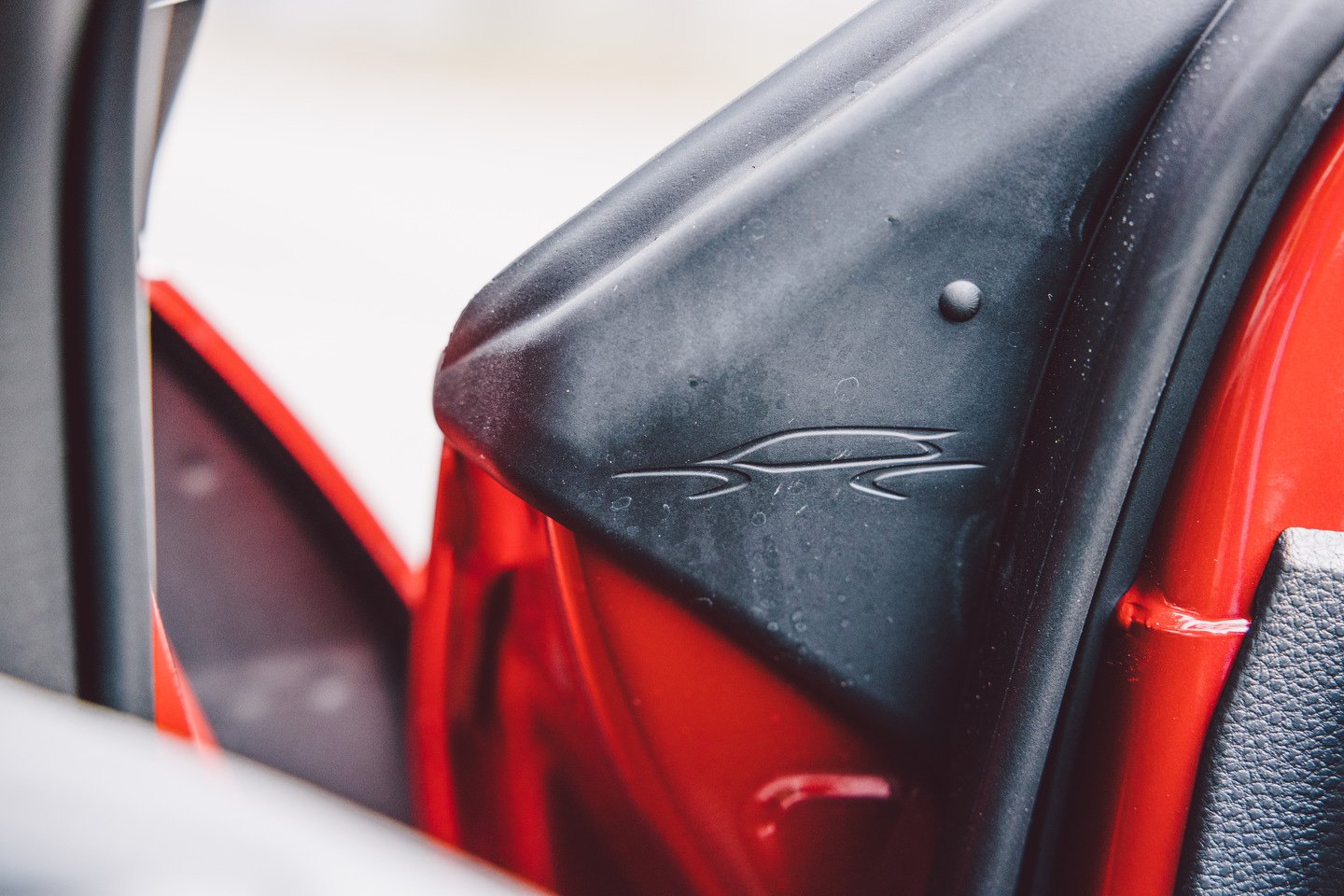 There’s one inside the front grille, in the lower-left corner. 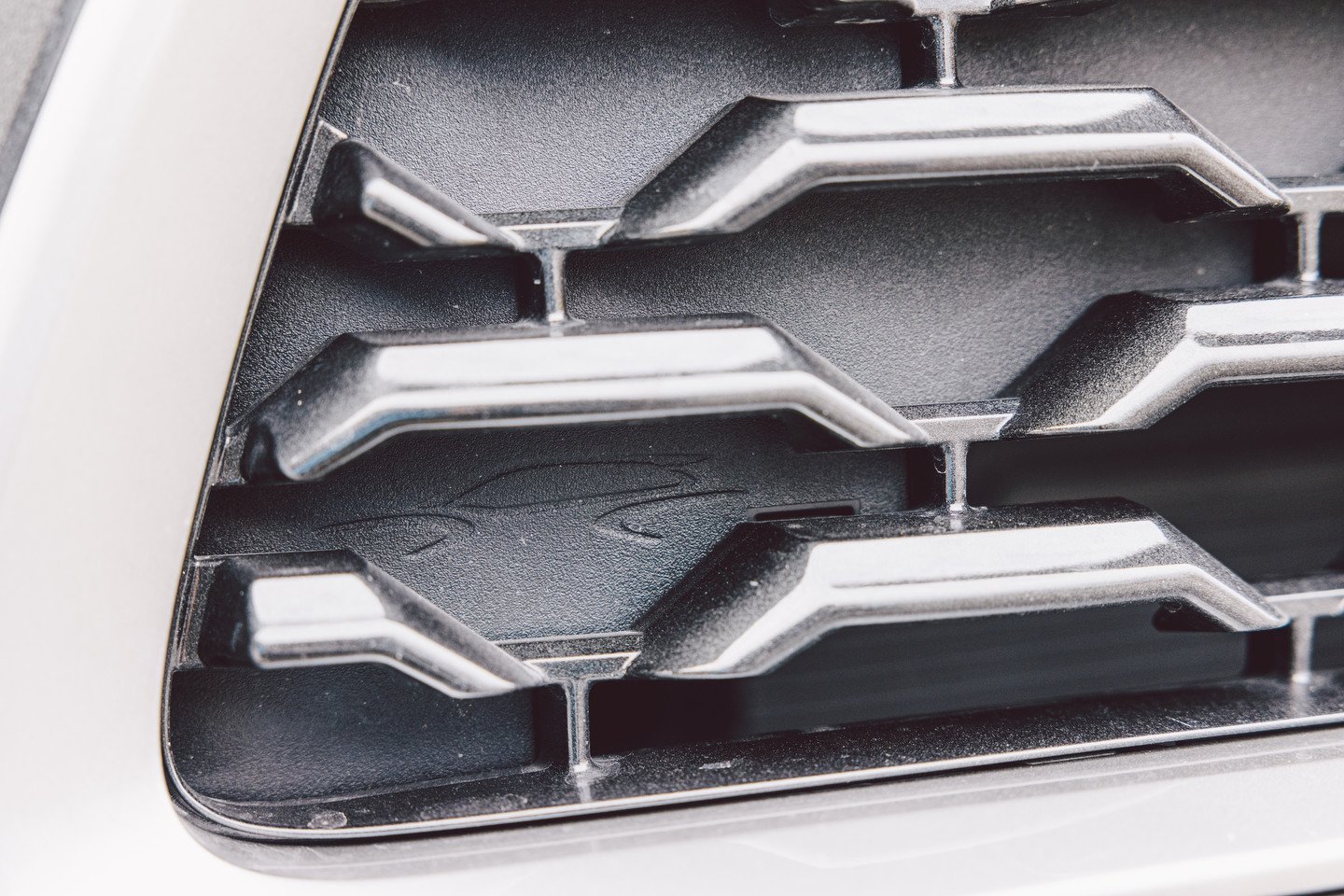 There’s one at the base of the windshield. 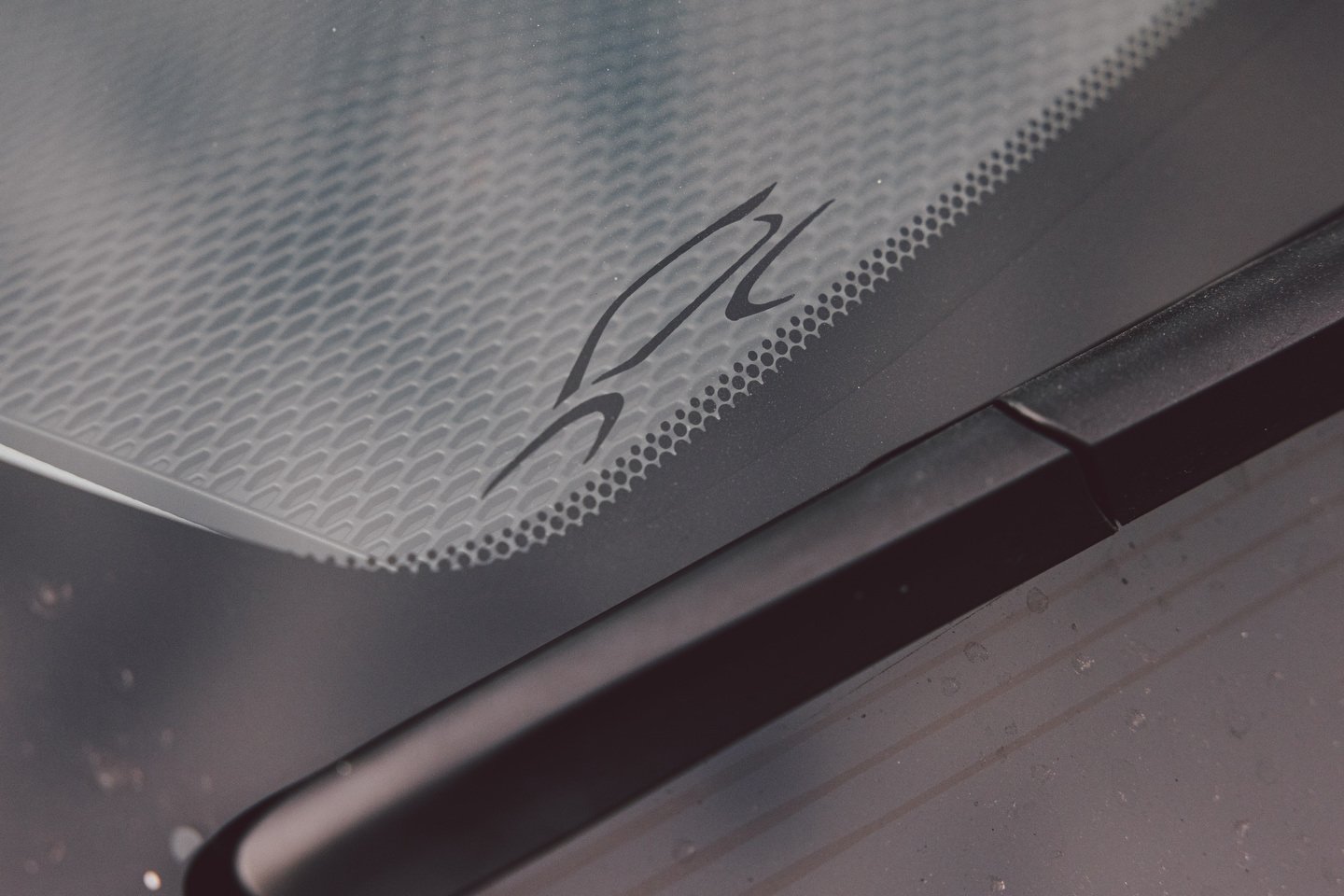 There’s one on at the bottom of the window between the C-pillar and the hatch. 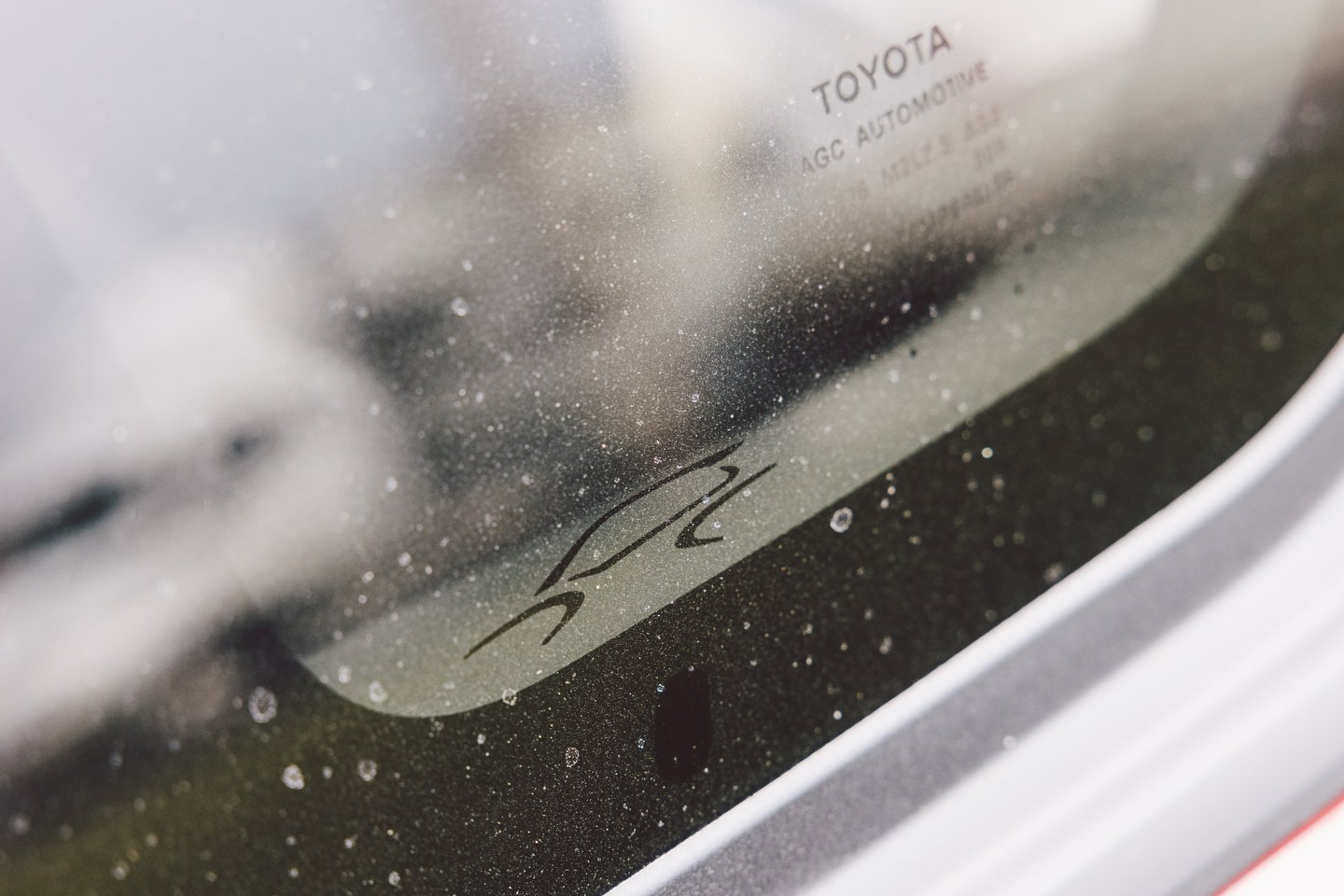 That said, we do not know whether all of the logos that we found are the same 24 which Toyota claims to be hidden in its 2022 Corolla Cross. We are still looking for the ones that are missing. Can you find the missing logos? We’d be curious to know where they could be.

The hybrid hypercar is built in the United Kingdom The manufacturing process includes 16 steps The powertrain is created by the same team...
Read more

The plant in Cambridge opened in 1988. The first car off the assembly line was a Corolla. Toyota and Canada have reason to be...
Read more

Dodge’s original plan was for one model year only. It’s still the most powerful SUV ever. This time though, it’s really the last call,...
Read more

The upcoming BMW M2 Coupe will be the last M Car to be free from electrification The recently announced XM Sports SUV will...
Read more

The Semi should have been delivered at the end of last year PepsiCo has been seen testing some preproduction units Many believe this...
Read more
Previous articleUK Buyers Considering EVs Over ICE Vehicles for New Purchases
Next articleGermany Plans to Curb New ICE Sales by 2030

Polestar showed the O2 concept in Los Angeles in March Due to the response of the public, this model will become the Polestar...
Read more
News

All-New 2023 Honda Accord to Launch in the Coming Months

The Accord was first introduced in North America in 1977. The new Accord will mark its 11th generation. As you know, all legacy North...
Read more
News

There will be seven new special edition models for 2023. All 2023 Dodge Charger and Dodge Challenger will feature a “Last Call” underhood...
Read more
News

Dodge’s original plan was for one model year only. It’s still the most powerful SUV ever. This time though, it’s really the last call,...
Read more
News

The upcoming BMW M2 Coupe will be the last M Car to be free from electrification The recently announced XM Sports SUV will...
Read more
News

Bentley Teases the Batur Again, says it will Have its Most Powerful W12 Engine Ever

The Batur will be an extremely limited production vehicle It will be based on the Continental GT, like the Bacalar of last year ...
Read more