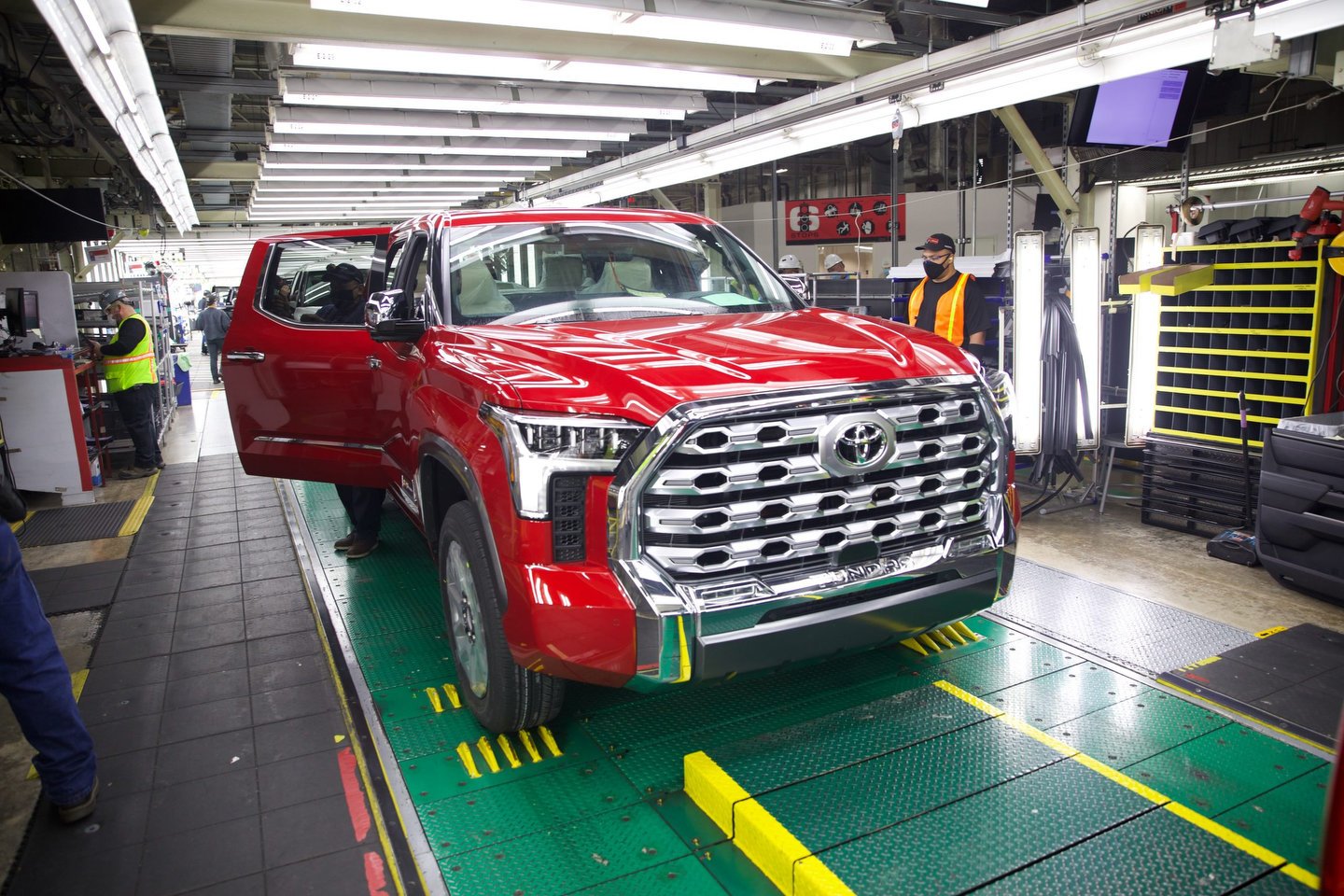 The stars at night are big and bright, and with the three claps you just made in your head, Toyota has announced the start of 2022 Tundra production deep in the heart of Texas. State Governor Greg Abbott was at the production start event celebration along with 3,200 employees and other guests at Toyota’s San Antonio facility.

2022 Toyota Tundra production began with the 2019 announcement of $391 million to prepare the facility. Toyota Texas has added 470 football fields of floor space to the plant to help build its new laser-welded frame as well as to add space for the hybrid electric version of the truck.

The Texas plant has enough capacity to build 208,000 vehicles per year, though Toyota has said previously it is possible to stretch that number slightly should demand dictate. Toyota currently sells around 120,000 Tundra pickups per year in the US and Canada.

Toyota also announced $650,000 in donations to schools and food banks in the area.

In addition to Toyota’s own assembly facilities, the Texas site is home to more than 20 of Toyota’s suppliers, sending parts over for production of the new trucks.

“Today, we celebrate the hard work, the dedication and this accomplishment that has been years in the making.” said Toyota Texas President Kevin Voelkel. “There’s no question we are delivering the toughest, most capable, most advanced Tundra to date.”