Think of it as a sportier XC40.

The all-new 2022 Volvo C40 Recharge has been unveiled on the web, shortly following the Swedish brand’s announcement that it’s heading towards a fully electric future by 2030.

The C40 is a new crossover that borrows the current Volvo XC40 Recharge’s architecture and powertrain, while boasting a sportier, coupe-like profile, surfing on the current trend of low-roof utility vehicles that are slowly, but surely, replacing passenger cars. The whole blacked-out roofline has been redesigned from the A-pillar all the way to the edge of the liftgate, decked out with a spoiler. Seven paint colours will initially be available. 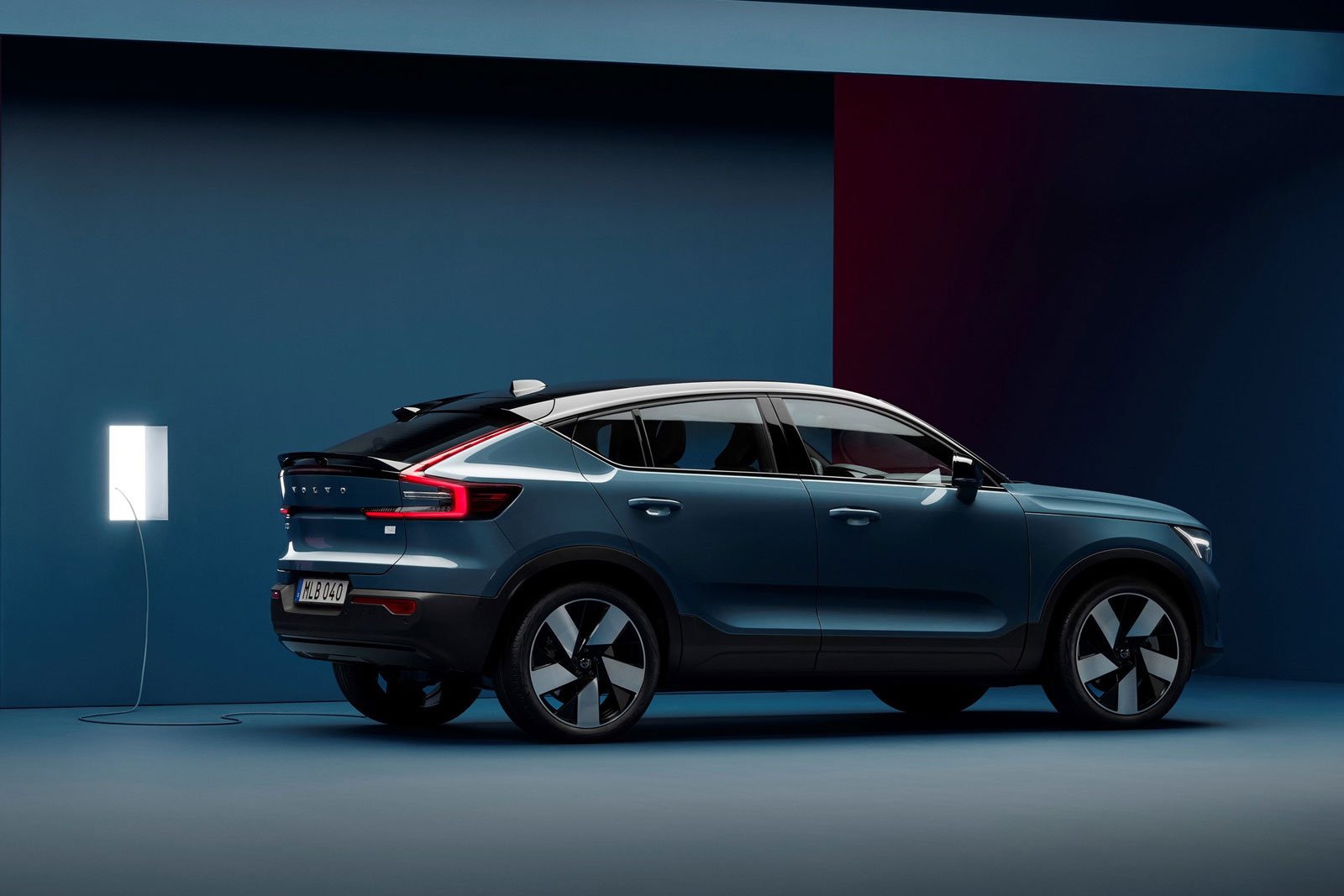 The 78-kWh battery pack (75 kWh of which is usable) provides an estimated driving range of 262 miles or 420 kilometres according to the WLTP, and up to 210 miles following the EPA’s calculations. In comparison, the XC40 offers 400 km (WLTP), 208 miles (EPA) or 335 km (NRCan) of range, and the slightly higher numbers for the C40 can be partly attributed to sleeker aerodynamics. 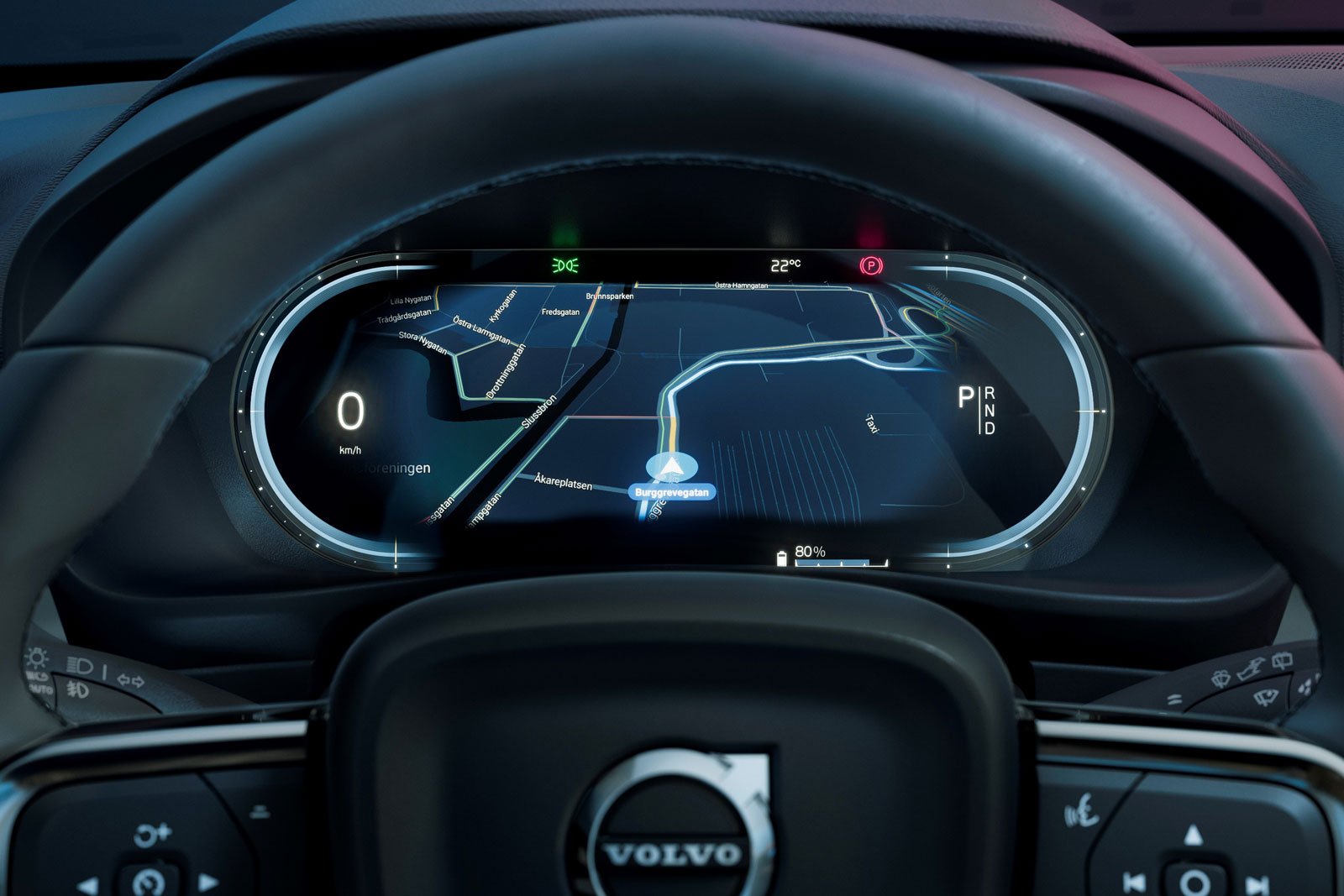 As is the case with the XC40 Recharge, the 2022 Volvo C40 Recharge features an infotainment system that’s entirely based on Google’s Android operating system, and the voice recognition system is summoned by pronouncing “Hey Google” just like with the company’s home assistant devices. Of course, Volvo has also announced that the interior won’t offer genuine leather upholstery.

Smaller interior dimensions are to be expected, especially regarding rear-seat headroom. However, the cargo area offers a volume of 14.6 cubic feet or 413 litres with the rear seatbacks in place, virtually identical to the XC40’s 414-litre rating. 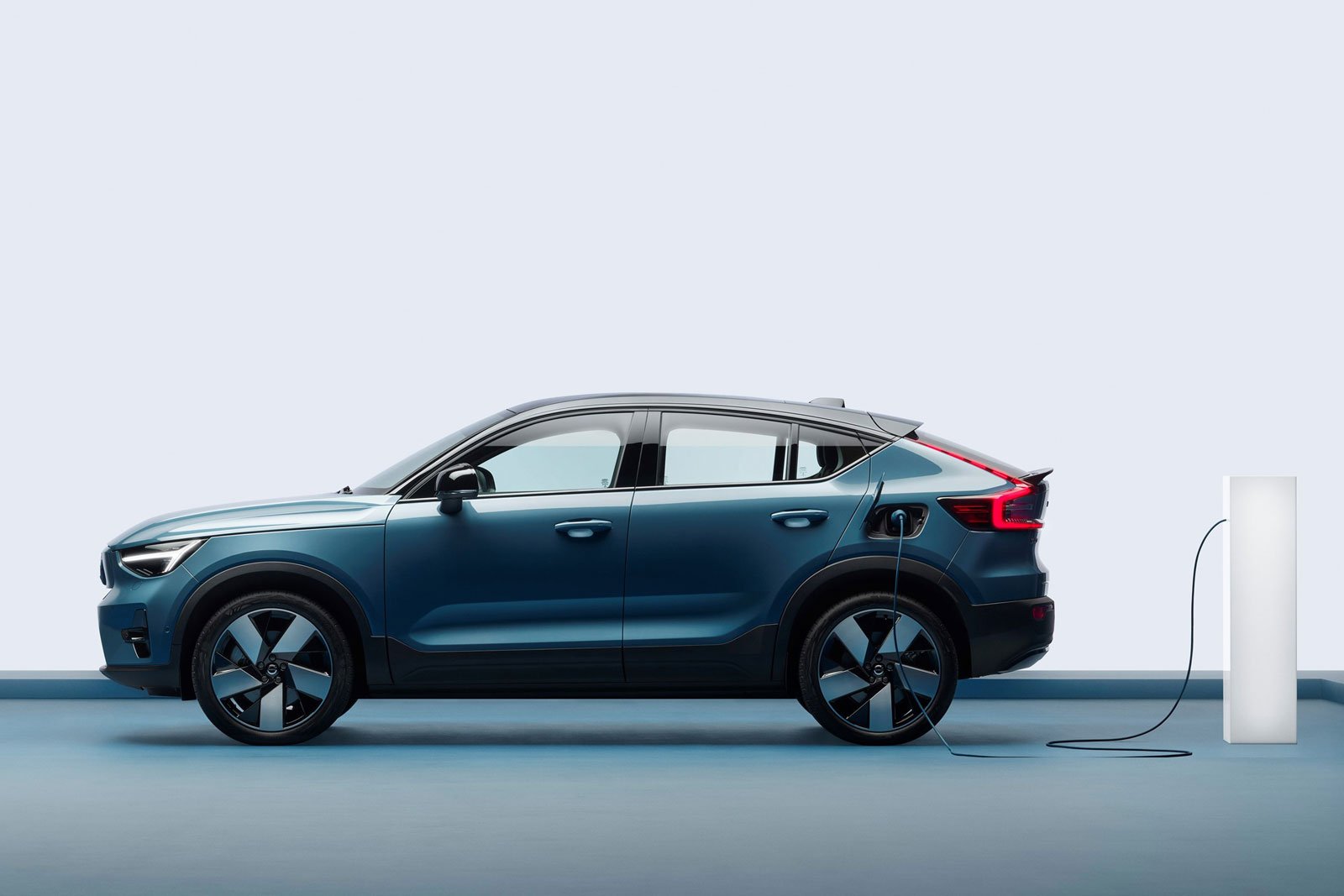 Pricing has not yet been announced for the 2022 Volvo C40 Recharge, but pre-orders for this new electric crossover coupe are now being accepted. The C40 should physically hit retailers in the United States and Canada in early 2022.