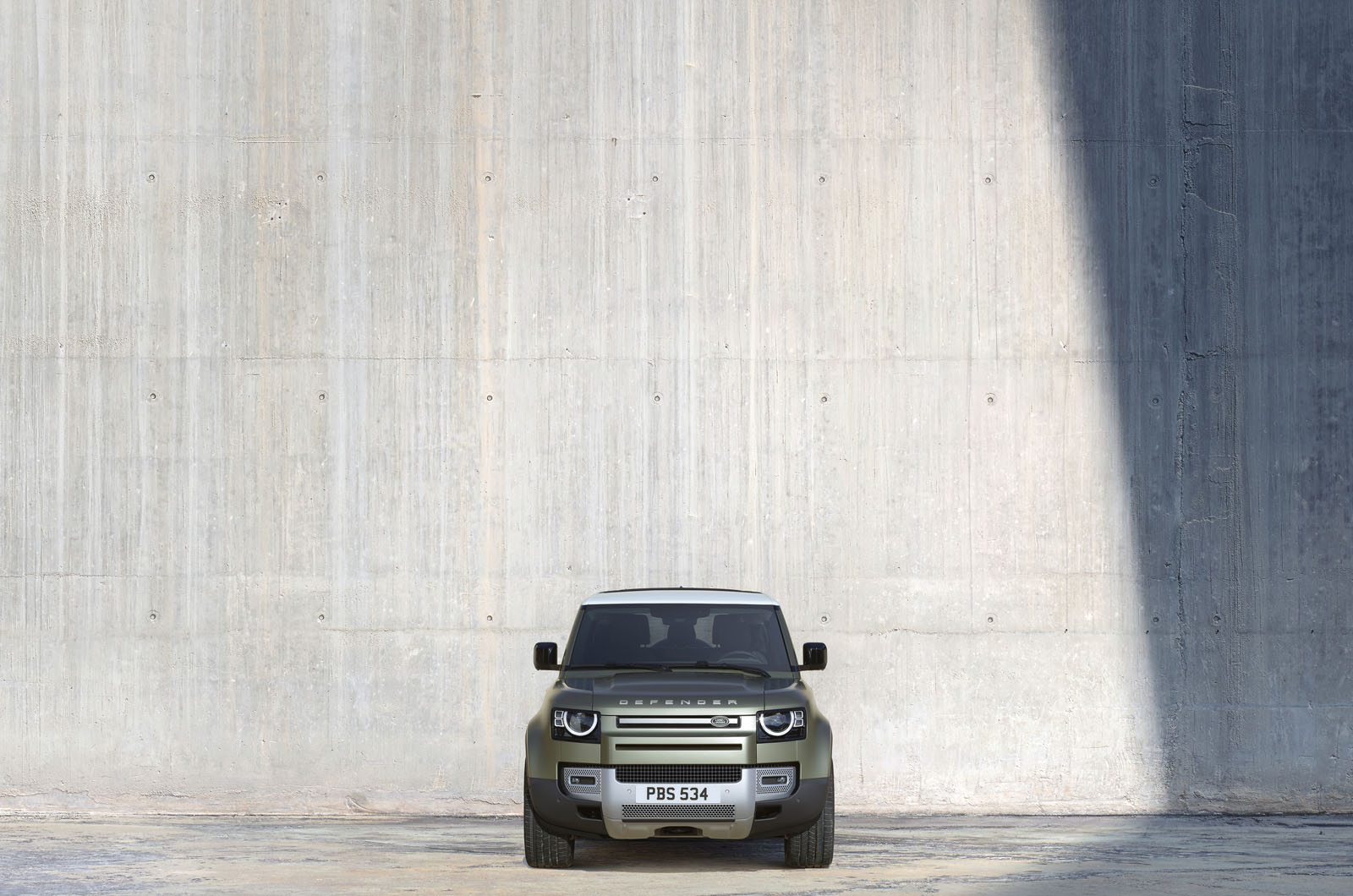 We answer 5 important questions on the new Land Rover Defender that is burning up the internet.

Reviving a name that is synonymous with a brand can be a delicate process. Where Land Rover is concerned, they took no chances and created a new SUV that is exactly what the masses wanted. The new 2020 Land Rover Defender is everything.

The new Defender will be available in two distinct versions, as they’ve always been. In fact, that’s the key with the new Defender: it is a proper and honest evolution of the original. Both the 90 and 110 models in Canada can be spec’d out in Defender S, SE, HSE, X and First Edition guise.

The new 2020 Land Rover Defender remains the most off-road capable vehicle in the Land Rover portfolio despite it now being assembled on the D7X monocoque structure. Land Rover’s done right by the Defender and we think it’ll be a phenomenal success.

Actually, it’s easier to say that there are only a few parts shared with other Land Rover vehicle as it introduces various new technologies.

Depending on the market, up to four powertrains will be available. Two of them are 4-cylinder diesel engines which, for the moment, are not offered in Canada. Our options will be a P300 or P400 petrol engines.

The P300 is a turbocharged 2.0-litre 4-cylinder engine that develops 296-horsepower. This mill can be found in some JLR vehicles. The P400 relies on a turbocharged 3.0-litre inline-6-cylinder engine which is accompanied by an advanced 48-volt mild hybrid system. All told, this setup’s output is of 395-horsepower and 406 lb.-ft. of torque. Before long, a plug-in variant will add itself to the options list. Both engines are delivered with an 8-speed ZF automatic transmission.

As this is the top-line Land Rover, expect a twin-speed transfer box with low-range ratios, a standard electronic air suspension, 11.5-in (291mm) of ground clearance and impressive approach and departure angles (all vary based on suspension setting), a new configurable Terrain Response system, locking differentials, and much more.

Serious capabilities come standard with the new Defender. The maximum towing capacity is of 8,201 lbs, the maximum dynamic roof load of 370 lbs and the maximum payload is a surprising 1,984 lbs.

Despite the clearly utilitarian competences, the Land Rover Defender 110 can be kitted out with the latest in technology including a 10-inch screen with new PIVI Pro infotainment system, real wood, and numerous other luxury features.

From a styling perspective, Land Rover has taken the original Defender’s iconic design cues and fast-forwarded them into the 21st Century. The cabin introduces a new approach to switchgear and shifter placement and can be optioned with a number of seating configurations including a center front seat.

The 2020 Defender will be built at a new manufacturing facility in Nitra, Slovakia. 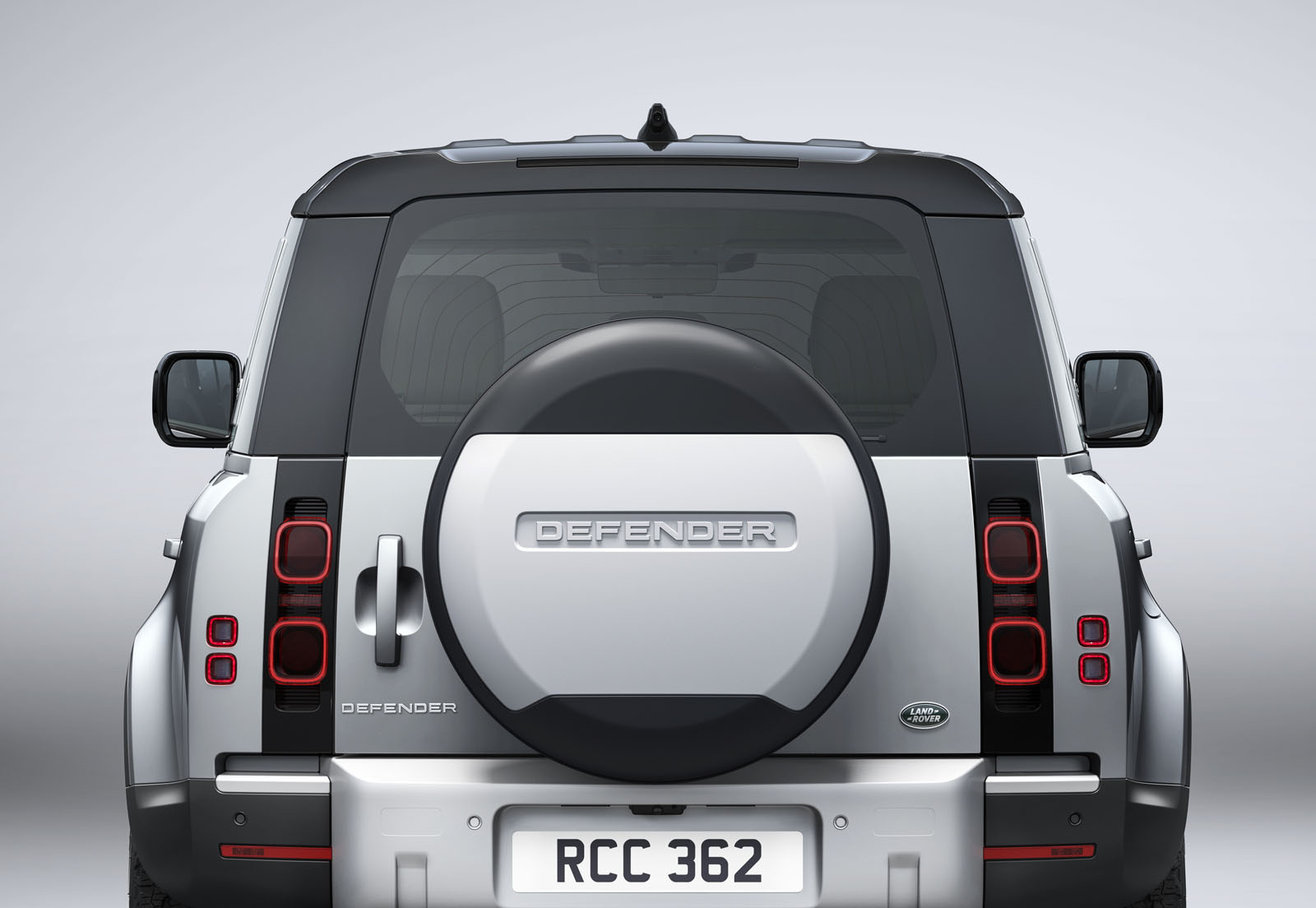 The four accessory packages that can be added to all three trims are priced as follows: 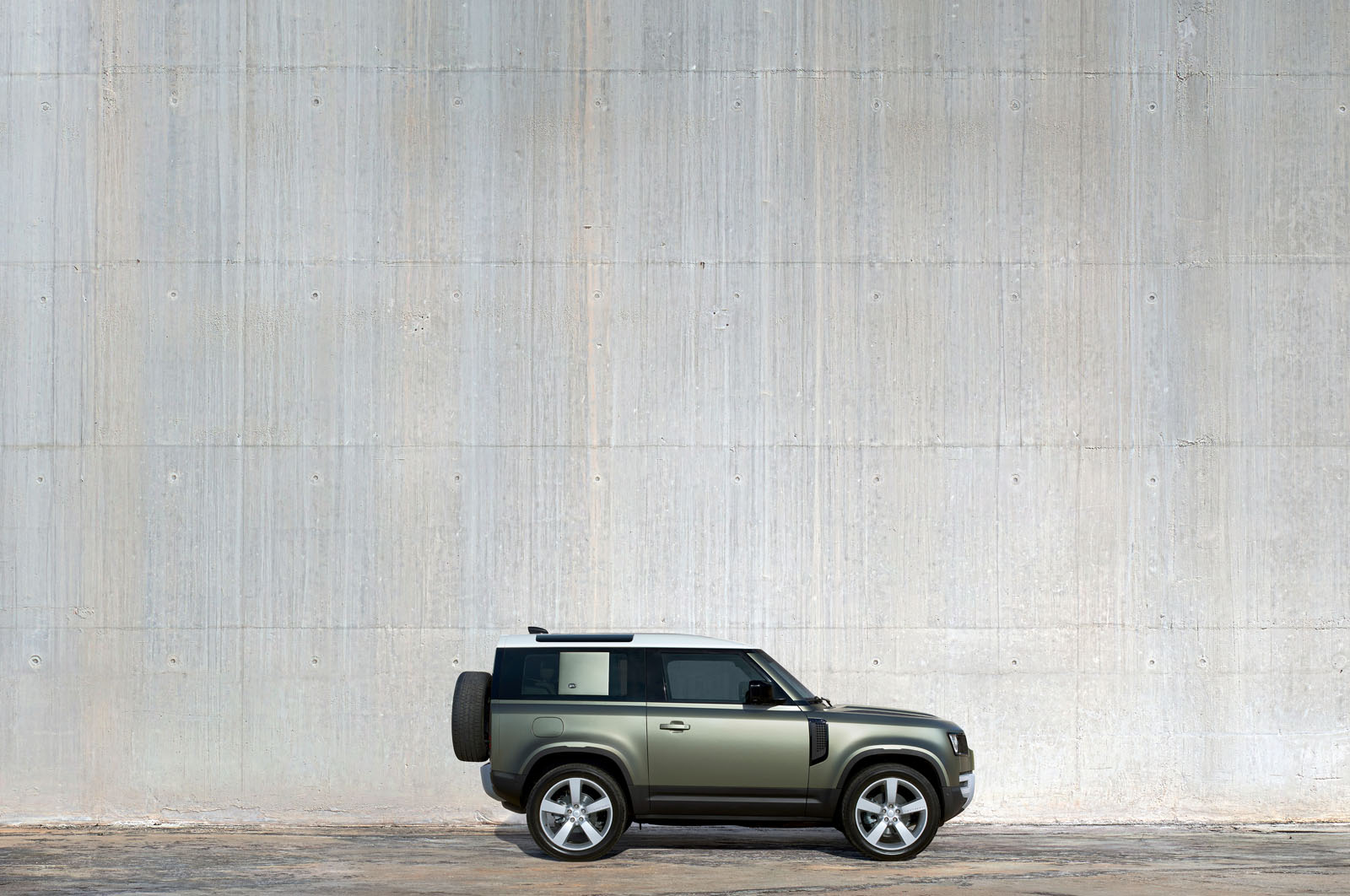 Land Rover would like to say that the new Defender will take on all those who dare oppose it. Fact of the matter is that with a base price of $65,300, the base Defender 110 puts it square in the middle of numerous segments.

The cross-section includes the likes of the more expensive small luxury SUVs as well as the midsize ones.  We’re thinking of the Porsche Macan, Lexus NX and RX, the Audi Q5 and Q7, the BMW X3 and X5, the Mercedes-Benz GLC and GLE, the Cadillac XT5 and XT6 and a few others namely the Jaguar F-Pace.

At the top of the range, the Land Rover Defender 110 X, with a few options, closes in on $100,000. At this price point, hello Mercedes-Benz GLS, BMX X7, Porsche Cayenne, Tesla Model X, and Lincoln Navigator.

What Do We Think About the 2020 Land Rover Defender?

The world is unanimous: The new 2020 Land Rover Defender is a smash hit. Land Rover has recreated a vehicle that will cater to both those who require the very best in luxury and comfort and to those who desire a true rough and tumble do-anything go-anywhere Defender.

Pricing for the Defender 90 is not yet known however it should more affordable or somewhere in the mid-$50k range. The 90 won’t be as popular with the buying public but it’ll likely serve as a poster-boy for the new range.

We love the new 2020 Land Rover Defender. We’re huge fans of both Land Rover and Range Rover products and the new Defender, which we expect will be very good to drive, will be an instant hit.

Before the Polestar 7, the manufacturer will launch the 3, 4, 5 and 6 models. The production of current models is locate in...
Read more
Previous articleNissan Showed Its Future Electric SUV
Next article2020 Jeep Gladiator Overland Review: The Perfect Toy