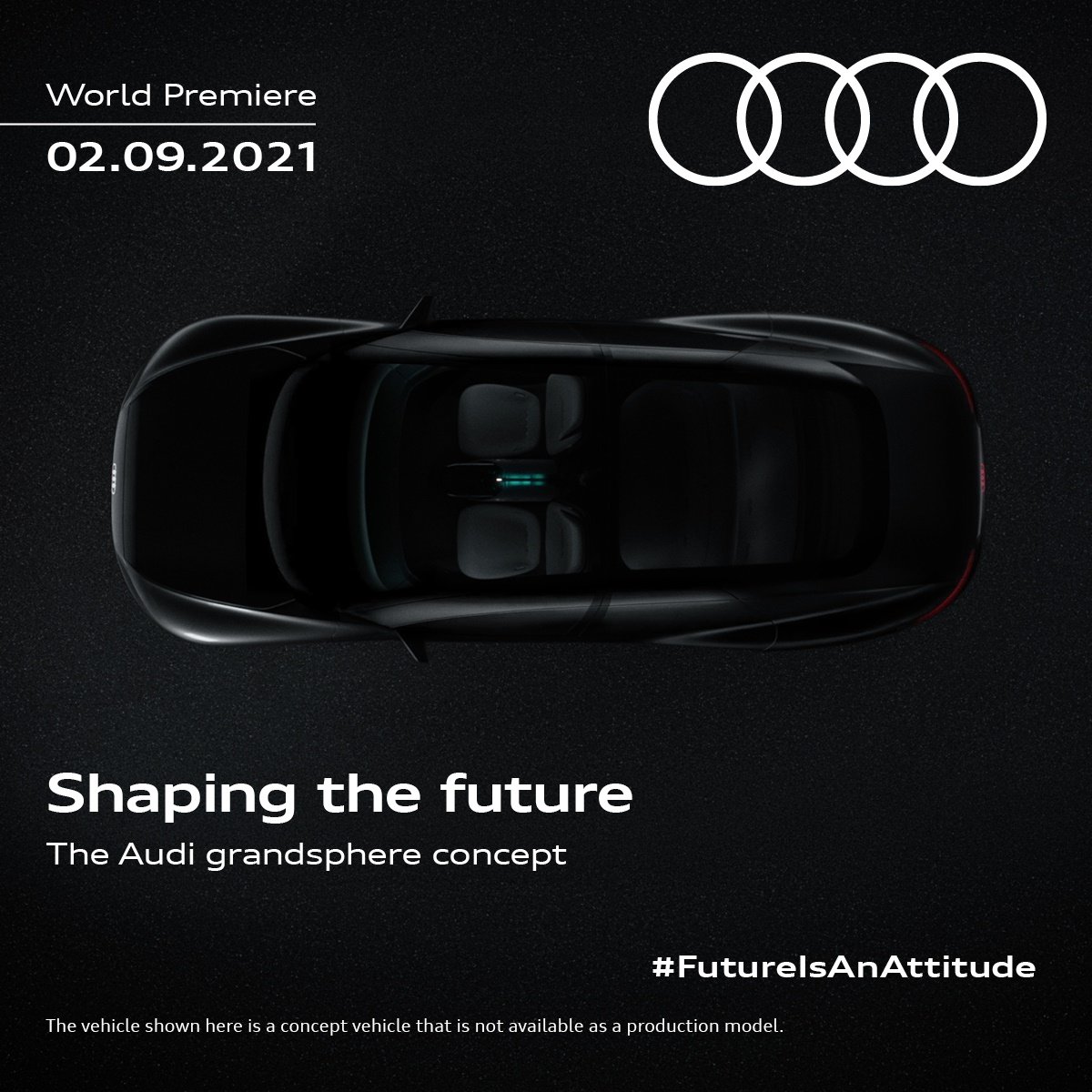 Audi is planning its next big sphere. It’s teasing the new Audi Grandsphere concept, the second of its sphere models, set to debut at the start of next month ahead of the IAA auto show in Munich.

This actually isn’t the first time Audi has teased this model, with a previous profile glimpse happening back in July. That one was just a line drawing of the side view of the car, though it showed a vehicle that looked very elegant in a way unlike current Audi models. It also looked suspiciously like a wagon, or at least some sort of Sportback-style model.

Today’s tease looks much more cab-forward as it looks down at the interior of the Grandsphere. It shows a four-seat interior, again still with that possibly a wagon or at least some sort of hatch profile, and a classic Coke-bottle shape as seen from above.

The first of the three concepts was the Audi Skyspehere, revealed earlier this month. That was a two-seat car that could shrink and expand on its wheelbase, making the car an autonomous grand tourer or a hand-driven sports car on demand.

Get ready to experience a high-class future. The next chapter in a story of progress is about to make a grand entrance.

Will this multi-seat car get similar variable-length components? We don’t know. What we do know is that the concept car is alive and well and as full of excitement and childlike wonder as ever. And that we’ll have more for you on the 2nd.