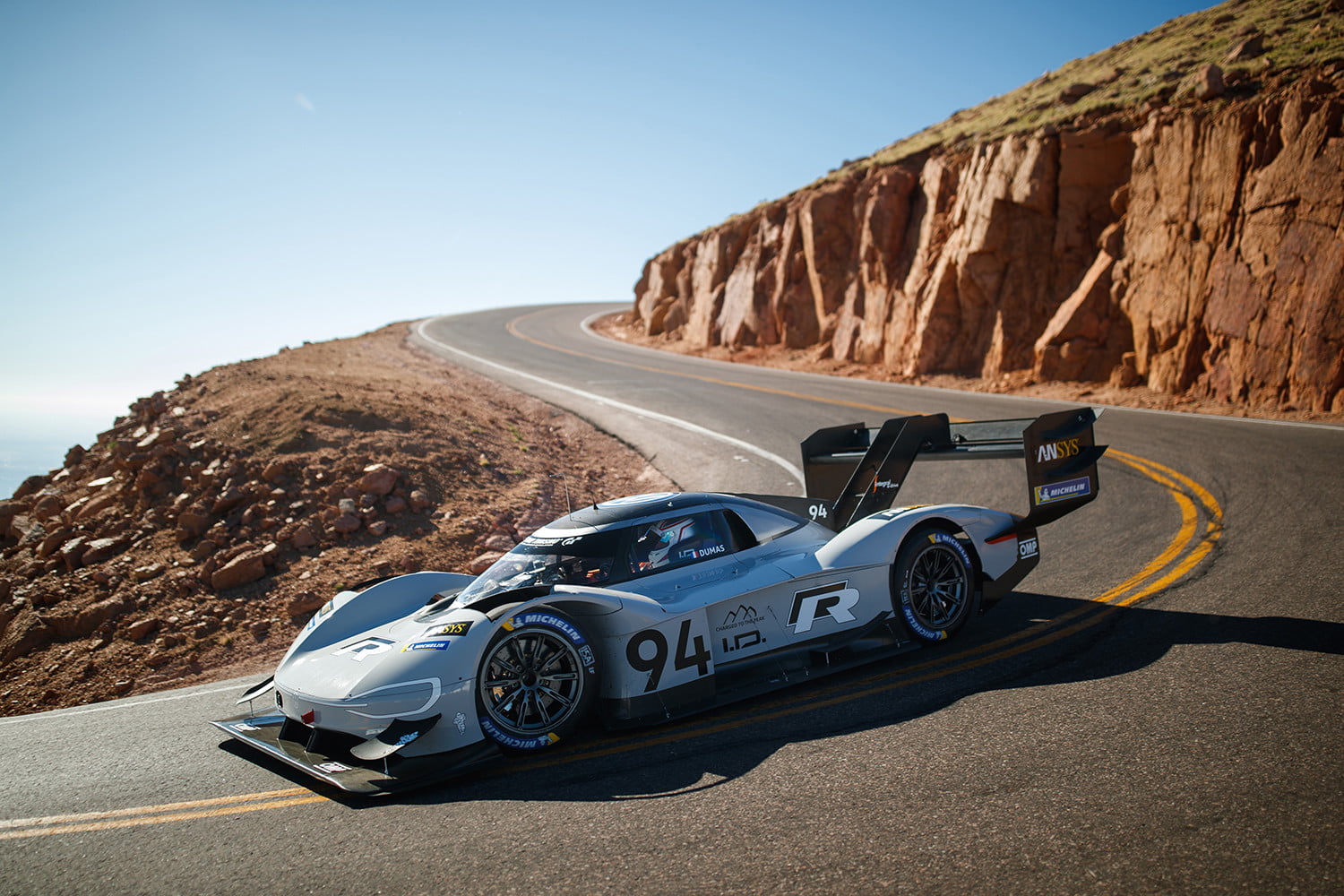 First thing’s first, Pikes Peak is a century-old race up a hill Colorado that runs 12.4-mile (19.9 km) and has 156 turns. Races up the hill are open to many classes, but all eyes are normally on the open/unlimited class which tends to run some insanely powerful cars. This year however, power was not everything.

Volkswagen CRUSHED the hill-climb all-time record that was set in 2013 by WRC super-God, Sebastien Loeb. He did it in an 875-horsepwoer Peugeot 208 T16 Pikes Peak car while Romain Dumas’ car only had only 670-horsepower. Moreover, VW also destroyed the previous 1,595-HP electric car run set by Rhys Millen.