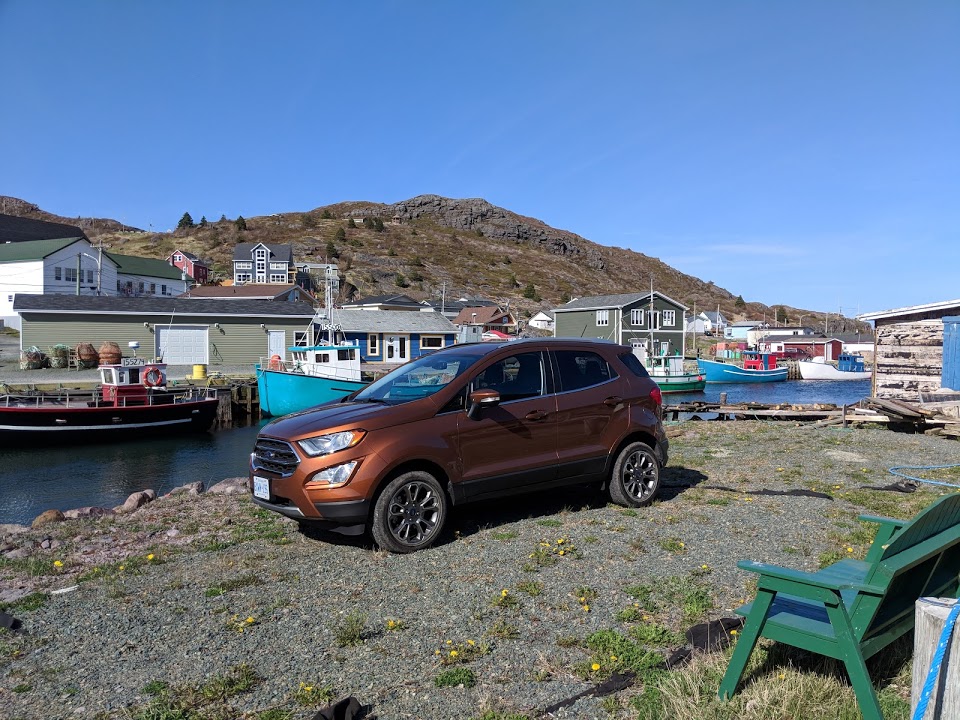 While some automakers saw the growth in popularity of subcompact SUVs coming from far away, others were slightly taken by surprise.

Honda, Mazda, Chevrolet and Nissan were ready, Toyota and Ford not as much. While the first compensated by offering us a rebadged Scion (the C-HR), Ford turned to its international lineup and dug out the EcoSport.

Introduced for the first time in North America in November 2016 at the Los Angeles Auto Show, the 2018 Ford EcoSport is actually a model offered in India, Japan and Europe since 2013. The good news is that there have been some improvements made to the model we are getting here, but the bad news is that this is still essentially an SUV that is five years old.

That means that the 2018 Ford EcoSport’s shortcomings are easy to identify. It’s not necessarily a bad vehicle, but it certainly lacks personality and flair. Its interior is bland, its style is bland, and its fuel consumption is noticeable. It at least makes up for it when it comes to convenience and comfort.

Our first contact with the 2018 Ford EcoSport took place in Newfoundland where a mix of winding roads and highways awaited us. We had the opportunity to try both engines offered in the EcoSport range. The first, a 1.0-liter, three-cylinder EcoBoost engine with 123 horsepower and 125 lb-ft of torque, is only available in front-wheel drive versions. 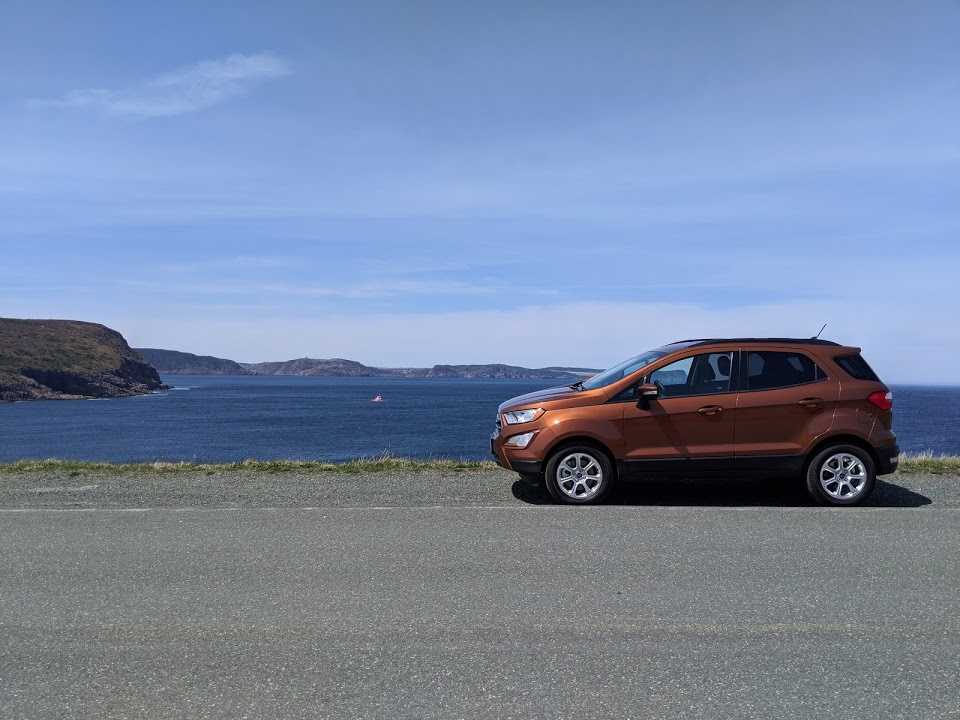 That’s a good thing because this engine doesn’t have much power to spare when pulling the FWD EcoSport. It wouldn’t do well at all with the extra weight generated by all-wheel drive. That said, subcompact SUV buyers aren’t looking for performance, they just want enough power to pass and get around in the city with confidence. In that sense the EcoSport is fine. It can be a little loud as the revs climb, but most won’t notice it.

What you will notice is that its average fuel consumption rating is set at 8.4 liters per 100 kilometers, slightly above the segment average.

If all-wheel drive is a must, then you’ll get a 2.0-liter four-cylinder engine that delivers 166 horsepower and 149 lb-ft of torque. This engine is more powerful than the majority of its rivals and also offers a stop/start system to save fuel in the city.

That said, with an average consumption of 9.3 liters per 100 kilometers, many consumers will be afraid to go with the 2.0-liter engine and with good reason.

It’s more powerful on paper than the Honda HR-V, Mazda CX-3 and Nissan Qashqai, but you don’t really notice the difference on the road. The good news is that comfort is spot on in both versions of the EcoSport. The cabin is pretty open, there’s plenty of storage spaces, and you feel good behind the wheel. 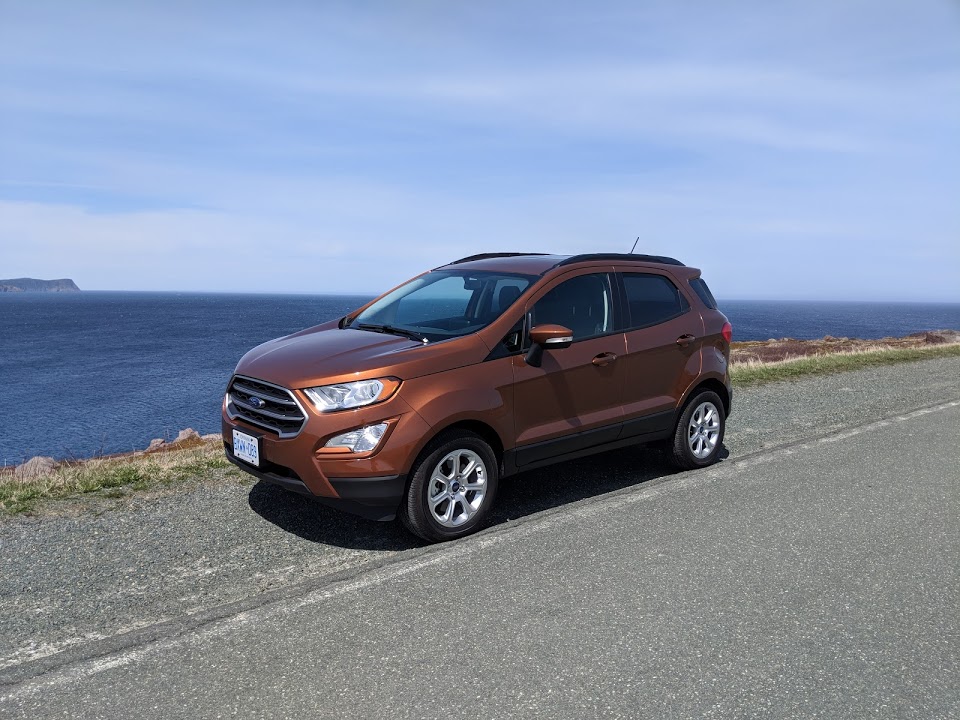 Approximately $ 25,000 is required for an all-wheel drive EcoSport while the FWD EcoSport is available starting at $ 22,099. That’s a few hundred dollars more than the competition which wouldn’t be too bad if we weren’t talking about a model first designed back in 2013.

At least there is no shortage of technology and features, that is if we opt for the SE model offered at $ 25,099. Ford believes it will be its best-selling model and the automaker is probably right. With push-button start, sunroof, automatic climate control, heated seats, parking assistance and the SYNC 3 infotainment system with Apple CarPlay and Android Auto, you really get everything you need at a price that is more than fair.

It is also possible to connect to the internet in the vehicle and the SYNC 3 system is one of the easiest to use in the industry. American builders know how to build a multimedia system and Ford is no exception.

You can also opt for the “sportier” SES model that offers 17-inch wheels and a stiffer suspension, but at nearly $ 30,000 this version is a little useless. Nobody needs a sports suspension in a Ford EcoSport.

Rear seat room in 2018 Ford EcoSport is minimal and only children will be comfortable. Space upfront is much better and the headroom is particularly generous. The trunk is also quite accommodating with its 592 liters. With a few exceptions, the 2018 Ford EcoSport is among the most spacious vehicles in its segment behind the rear seats, and the available space is also usable. 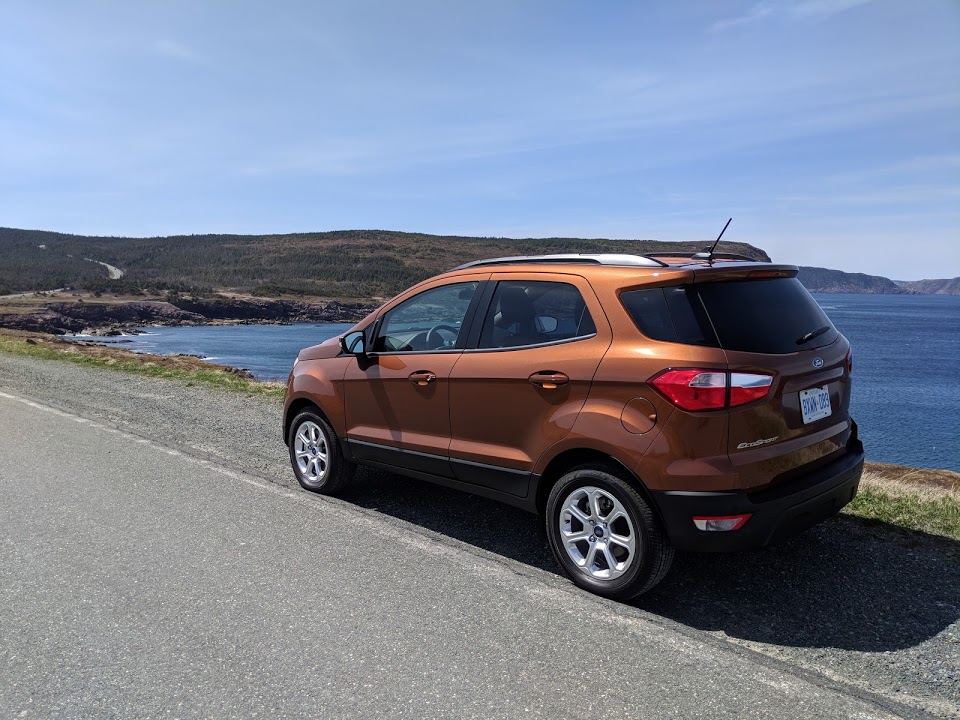 The problem is that the tailgate opens horizontally. This design has long disappeared, and that’s because it simply isn’t practical. In the city or in a crowded parking lot you don’t want to have this type of opening because if someone gets too close, you can’t easily open the trunk.

The 2018 Ford EcoSport is far from perfect and that’s a problem in a segment where manufacturers are putting a lot of effort into developing the best possible product. At this point, it is impossible to recommend to anyone to buy an EcoSport when there are Nissan Qashqai, Honda HR-V, Mazda CX-3, Subaru Crosstrek or Hyundai Kona models available to you.

Whether you’re looking for interior space, driving pleasure, fuel economy or value, one or more of the previous models will give you more than the 2018 Ford EcoSport.

The concept is based on the PPE platform. Could Audi build a true offroad EV 4x4? The concept transforms into a pickup truck.   Audi...
Read more
Previous article2019 Subaru Ascent First Review
Next articleLamborghini Miura SVR restored by Polo Storico