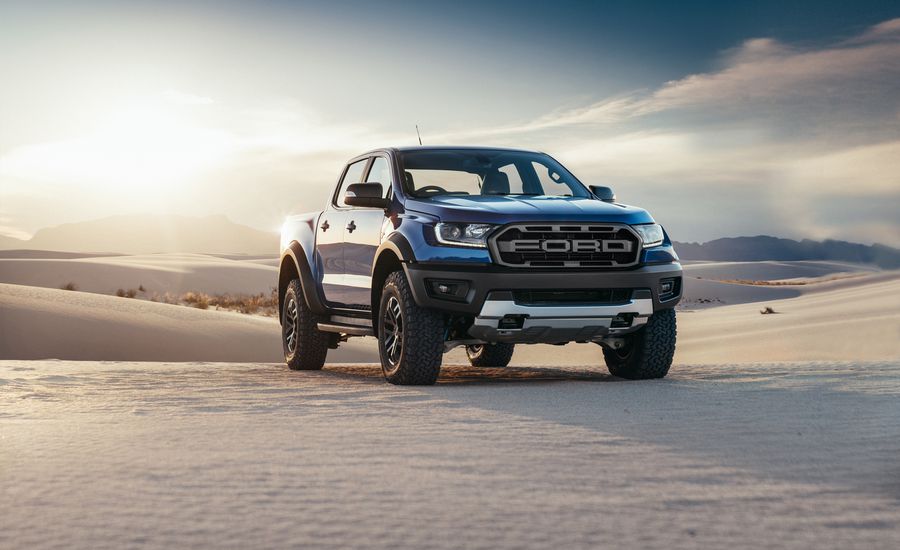 In Thailand, not North America. But! It matters not as production beginning somewhere in the world means that ours can’t be that far behind. Production of our Ranger will begin this fall in Michigan.

The excitement surrounding the return of the Ford Ranger in North America is palpable however it’s the Raptor that enthusiasts want to know more about. Fox dampers with internal bypass are guaranteed and that it will excel at killing off the beaten and make life difficult for the Chevy Colorado ZR2 are also a given.

We don’t however yet know which engine will be offered with the Raptor. Elsewhere in the world, an inline-5 cylinder Power Stroke 3.2-litre engine that produces 185 horsepower and 350 lb.-ft. of torque with a 6-speed autobox is kingpin. It’s also offered in the Transit van. The F-150 has a new 3.0-litre Power Stroke V6 too. More than likely, we think a petrol-consuming engine will be tasked with the job and we think the 2.7-litre EcoBoost V6 will get the nod.

In the meantime, here’s a 90-second video that takes us through the important assembly steps with English subtitles. In the video, we can clearly see the 5-pot 3.2-litre Power Stroke being dropped in.

Nissan is one of many automakers that believe solid-state batteries will be a key part of making EVs more popular. The company will...
Read more
Previous article2018 Honda Fit Sport Review
Next articleAnother McLaren 720S destroyed…