Guy in Vancouver tapes iPhone and Ipad to steering wheel 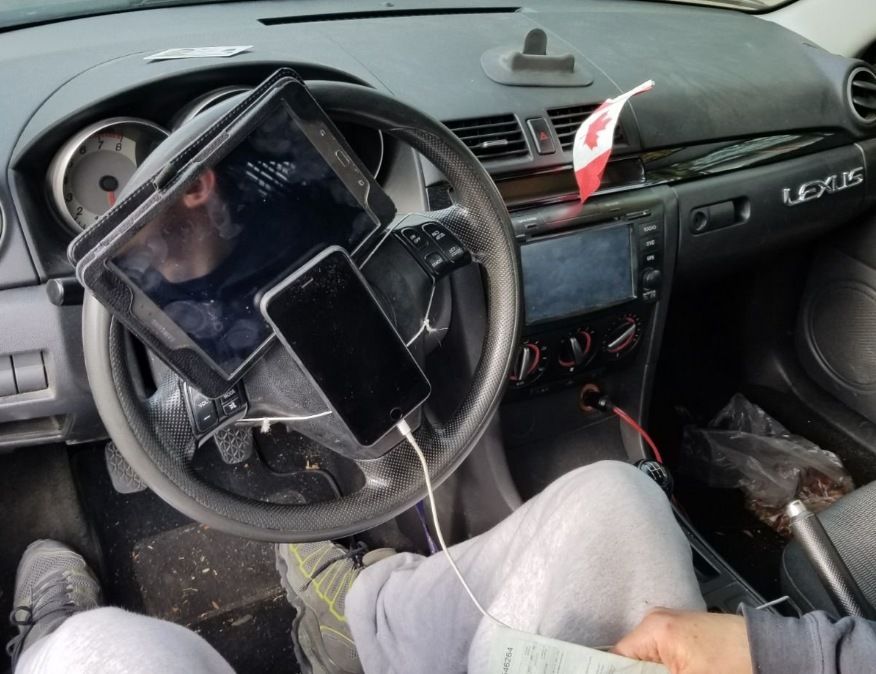 Some patriotic guy driving a beat up Lexus in Vancouver has officially applied for the position of idiot of the year. Using what appears to be some chicken string, this genius managed to attach both an iPhone and a tablet to his steering wheel.

As one should, Vancouver police tweeted out a picture of the man’s setup after pulling him over for driving with earphones.

Now, there’s more stupid to this story, this time courtesy of the Vancouver Police Department. Awfully proud to mention that the driver was holding his ticket in his hand, it nevertheless failed to mention that they only wrote him up for driving without a license.

The ticket should have been for over 350 $, but instead the driver was given a warning for the cell phone stuff, and an 81 $ fine for the lost license.

But at least they tweeted about it…

The Ford F-Series pickup is tops among the most popular cars in Canada. The Toyota Corolla topples the Honda Civic and becomes the...
Read more
Previous articleThe 2019 Aston Martin Vantage keeps its most important feature
Next articleQuick Review: 2017 Chevrolet Camaro 1LT