The car of the future, according to Mercedes-Benz. A very distant future.

Mercedes-Benz has partnered with the creative team of the Avatar movies to design the Mercedes-Benz VISION AVTR, a sustainable luxury car of the future, which has just been presented at CES 2020. As a matter of fact, the German automaker says it has never looked so far ahead when working a concept vehicle.

The AVTR is described as “a mixture of science and creative speculation.” Its name stands for Advanced Vehicle TRansformation, and the car is inspired by Pandora, the organic and colourful environment in which the Avatar movie takes place. 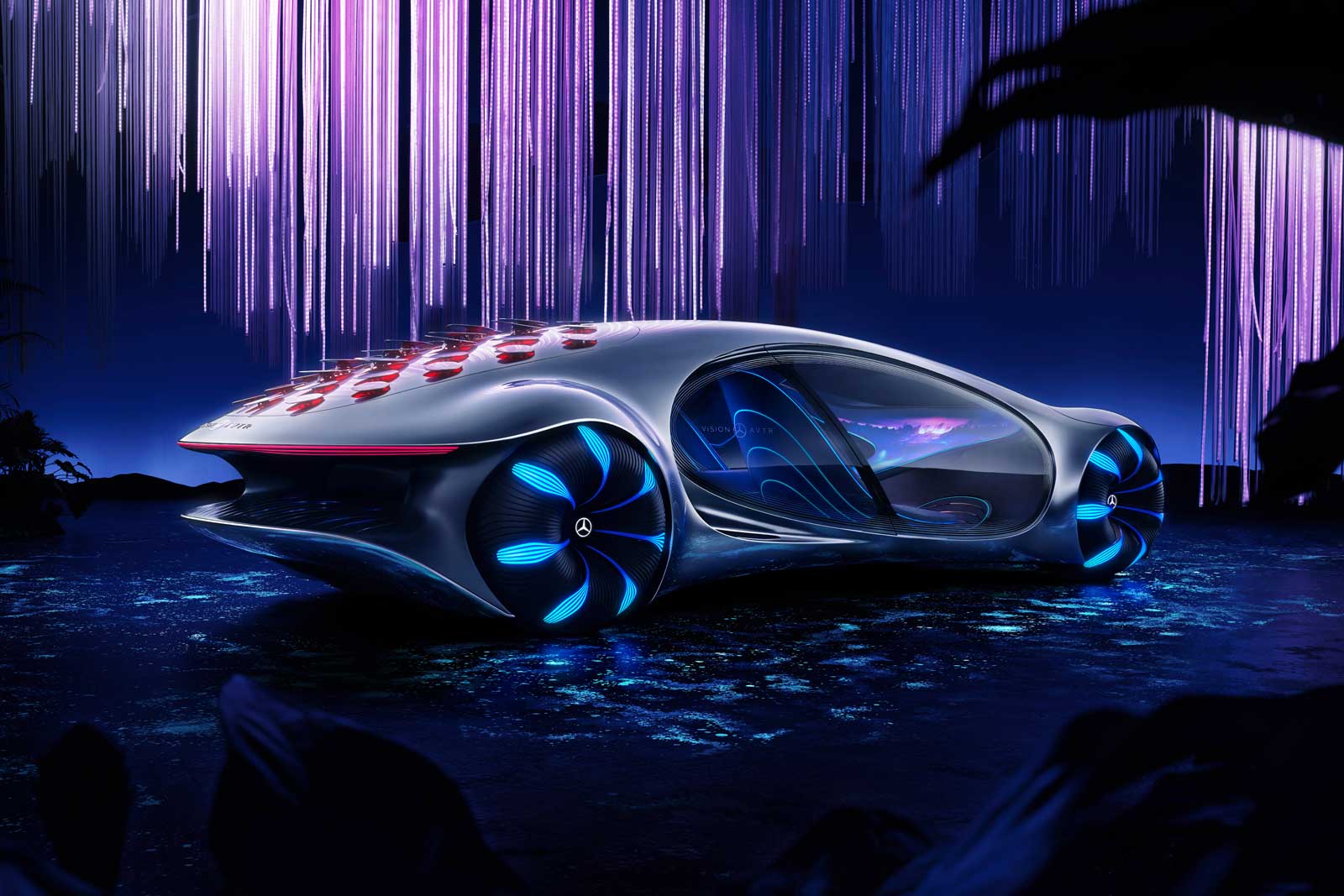 The AVTR’s exterior is resolutely organic, and includes transparent doors that open upwards. The wheel design is inspired by the woodsprites, or the seeds of the Tree of Souls seen in the original Avatar movie. The rear section of the car boasts 33 “bionic flaps,” which can change their orientation in unison to support the vehicle during manoeuvres and can also be used as solar panels.

Many elements have been considered in making the vehicle sustainable. Its seats—reminiscent of the leaf hammocks in Home Tree, seen in the first Avatar flick—are wrapped in DINAMICA leather, which the company touts as the “first and only microfiber that guarantees sustainability throughout the entire production cycle,” created using recycled clothing and plastic water bottles. The floor is made from Karuun wood, composed of a natural raw material called rattan, which grows very fast, but only in a rainforest environment. Rattan is harvested in Indonesia by hand by local farmers. 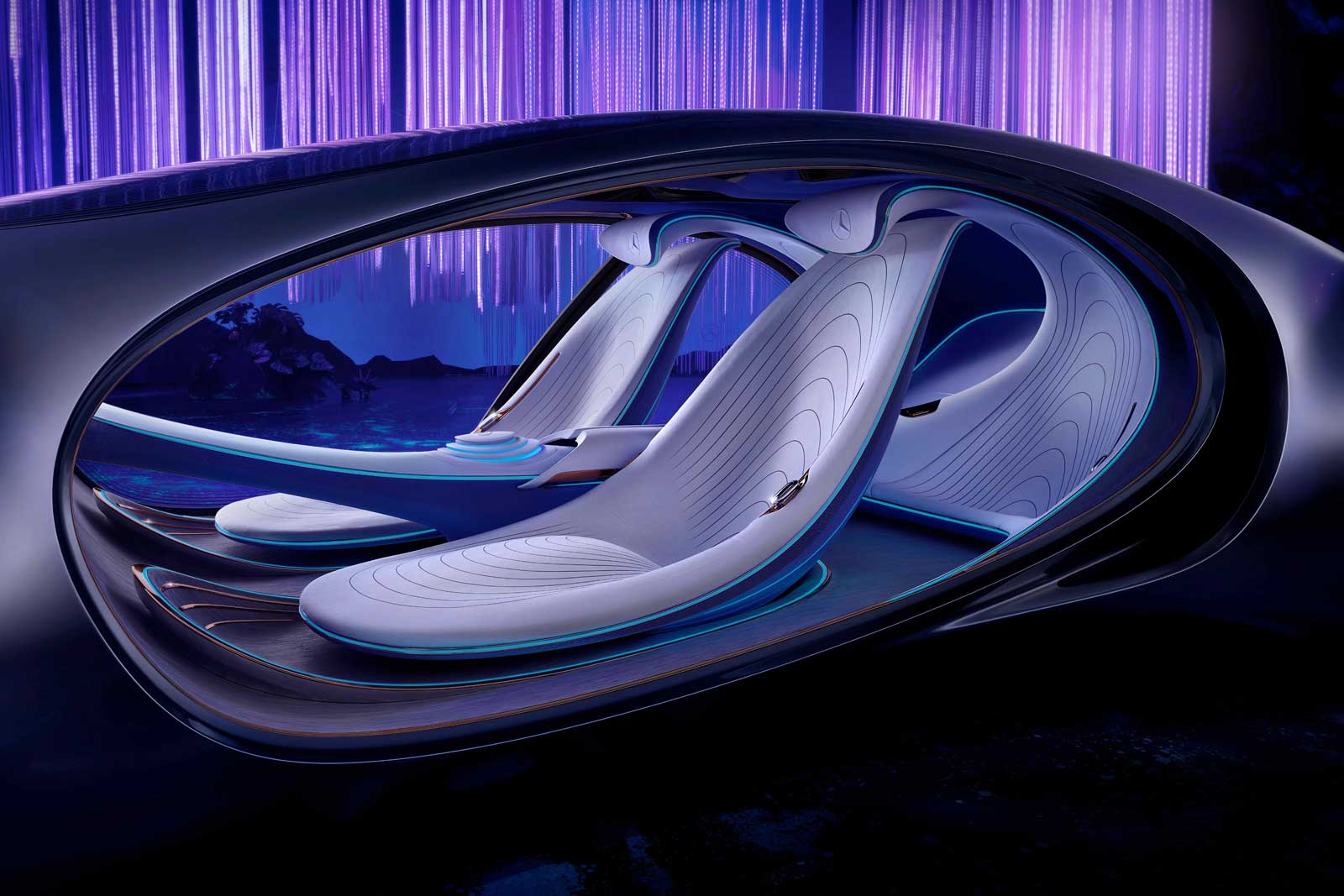 There is no steering wheel, buttons or switches in the Mercedes-Benz VISION AVTR. Instead, the driver places his or her hand on the control unit located on the central tunnel, which recognises each individual through his or her heartbeat and breathing. Thanks to advanced gesture control, the driver can simply raise a hand and a menu is projected on it for selecting various functions.

Meanwhile, a curved display module emulates a visual connection between passengers and the outside world, further enhanced by 360-degree sound system that reproduces water flow or chirping birds. Each haptic seat has eight “exciters” that create vibrations to emulate either what’s happening outside or occupants’ own pulse. The car can detect its passengers’ mood and adapt with ambient lighting and sounds. In other words, the AVTR brings the outside environment into the vehicle, “strengthening the bond between human and machine.” 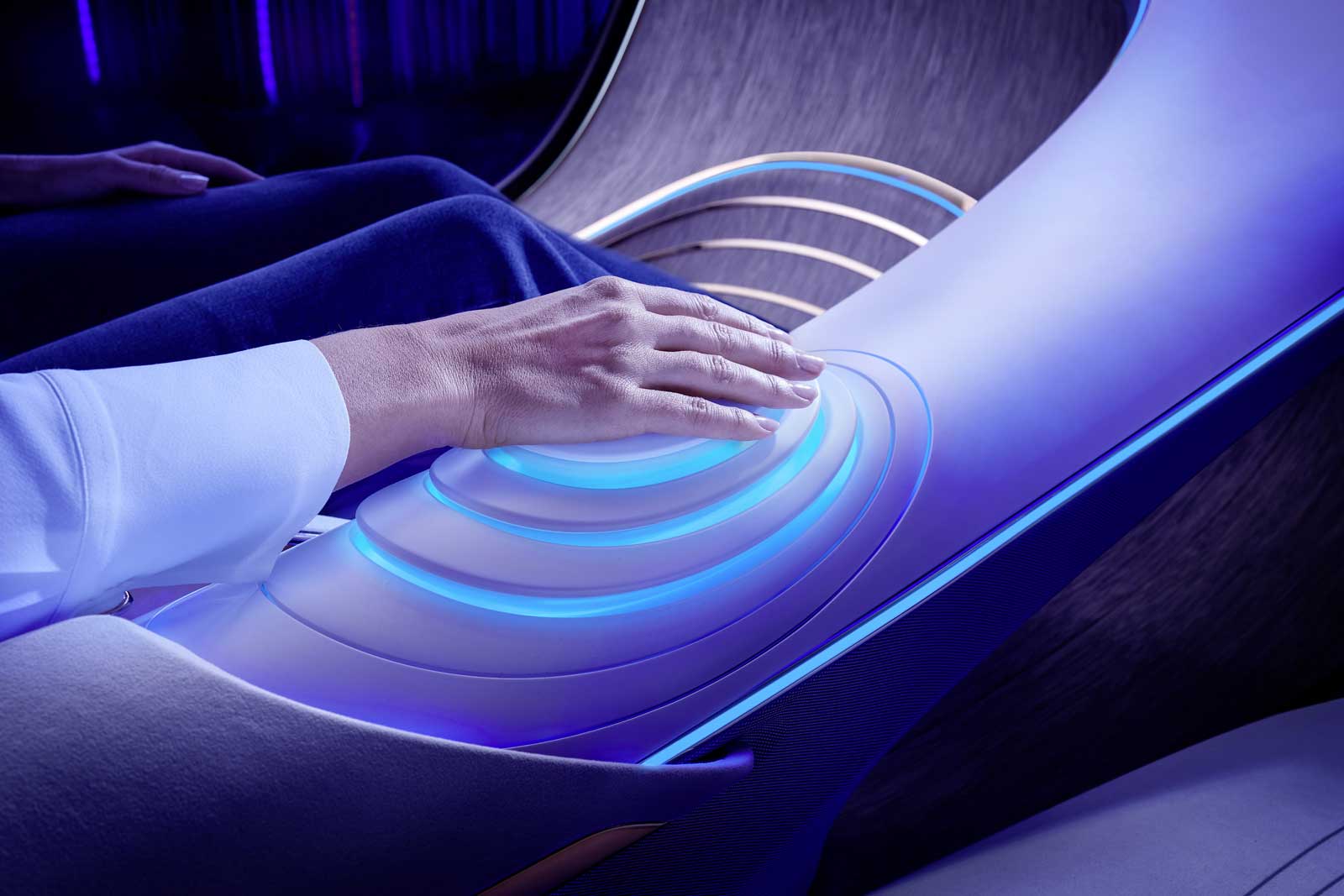 The Mercedes-Benz VISION AVTR is obviously a fully electric vehicle, with individual electric motors at each wheel and a 110-kWh battery pack. The front and rear wheels can turn in the same or opposite direction, and with the help of four-wheel steering, the AVTR can also crawl sideways at a 30-degree angle, like a crab. The company talks of an output of more than 469 horsepower (350 kW, 476 PS), a driving range of more than 700 km. The batteries are made with graphene-based organic cell chemistry, not nickel or cobalt.

Through its plan called Ambition 2039, Mercedes-Benz aims to have a carbon-neutral new passenger-car fleet by 2039. However, by 2030 in its assembly plants, it will seek to reduce water consumption per vehicle by a third in addition to reducing energy consumption by 40%. Finally, by 2022, all its European plants will be carbon-neutral or run on renewable energy.

The brand’s CEO made the announcement during the Genesis dealer meeting. This model could be priced around $200,000 to $300,000. No specifications have...
Read more
Previous articleCES 2020 : Sony Vision-S Sedan Revealed To The World
Next articleCES 2020 : Lamborghini Huracán EVO Will Incorporate Amazon Alexa