I’m sure you’ve all heard the words: « Work smarter, not harder. » This applies in all walks of life including cars.

Like some of you, a long time ago, in a Galaxy far far away, I used to modify my cars. From exhaust systems, to suspensions, to brakes, and even an engine swap, all in the name of getting more out of my car. That bug, which my wife shares, never truly dies, or so I’ve discovered.

I’ve owned many cars over the years but I’ve not done any significant mods to any of them in the name of performance for nearly 20 years. My latest acquisition, a 2008 Audi A4 wagon 6-speed with the 2.0T was meant to replace my 2003 WRX wagon as the daily driver. The Audi is far quieter, more refined, is easier on gas, rides and drives better and is also incredibly slower…

I was fine with this for about 43 seconds after buying the A4 late last December. Right then and there, I knew what I wanted to do to the car. The stock B7 A4 with the direct injection turbocharged 2.0-litre 4-cylinder engine produces 200-horsepower and 207 lb.-ft. of torque. In a 1,650 kg car, it practically seems underpowered. The solution to this problem was a simple one.

I’d met and even travelled to Waterfest (VW car show to use to be held in Englishtown, NJ) with a founding member of Unitronic in the early 2000s. Back then, a mutual friend of ours built an insane 350+-horsepower MK4 GTI with their help and the results were spectacular.

Over the last 15+ years, the guys at Unitronic have developed a full line of ECU and DSG software upgrades for Audis, Porsches and Volkswagens. They’ve also developed an expertise in intakes, exhausts, turbos, and many more related performance bits.

For my little A4, I wanted more power the smart way. For most cars, Unitronic offers several “stages” of tune, from reasonable to supercar levels of power. For my specific application, I opted for a Stage 1 ECU upgrade. In other words, within about 15 minutes of plugging a cable into the Audi’s OBDII diagnostic port, the old girl was going to generate 245-horsepower and 275 lb.-ft. of torque. Unitronic’s Performance Software is precisely engineered to run 17psi of boost (1.2 bar) on a completely stock car. The original boost figure is 1opsi of boost, or 0.7 bar.

The other improvements or changes are as follows (taken from Unitronic’s website):

There are a few other advantages to the software upgrade but points 1, 3 and 6 sealed the deal for me. VW and Audi products of the era were notorious for their slow and lag-y throttle response.

So far, I’m very impressed with the improvements. I’ve barely covered 35 km since the upload so I’ll have an update put together in the near future. For now, however, I’m going to replace the spark plugs and strongly consider an engine flush. 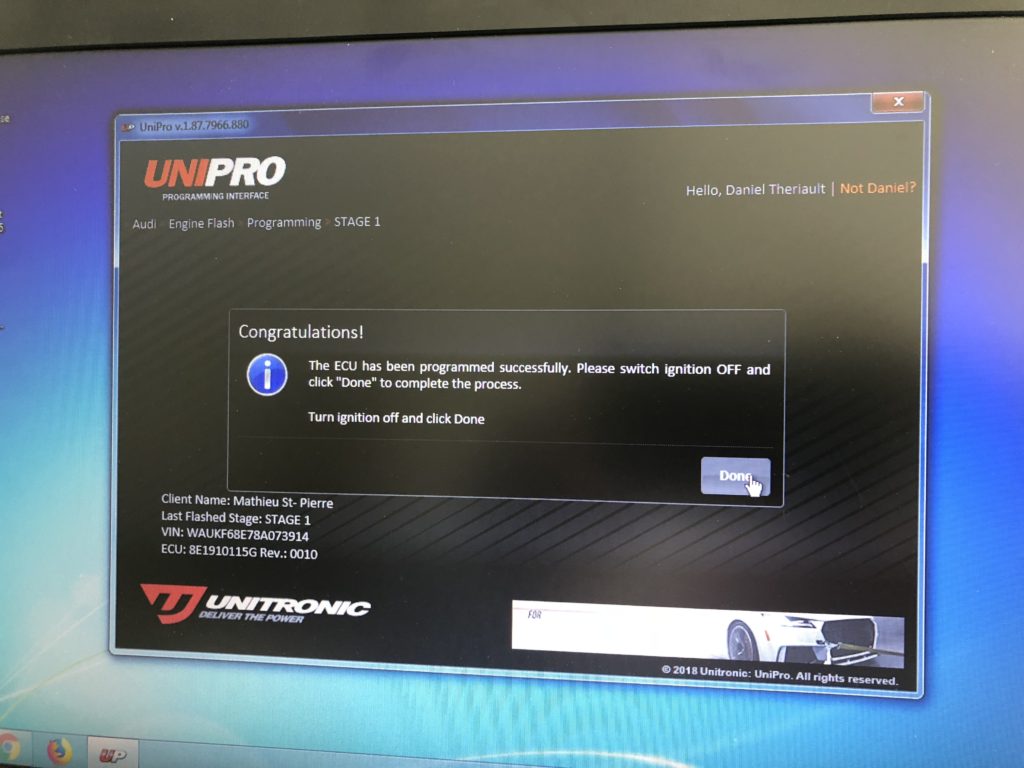 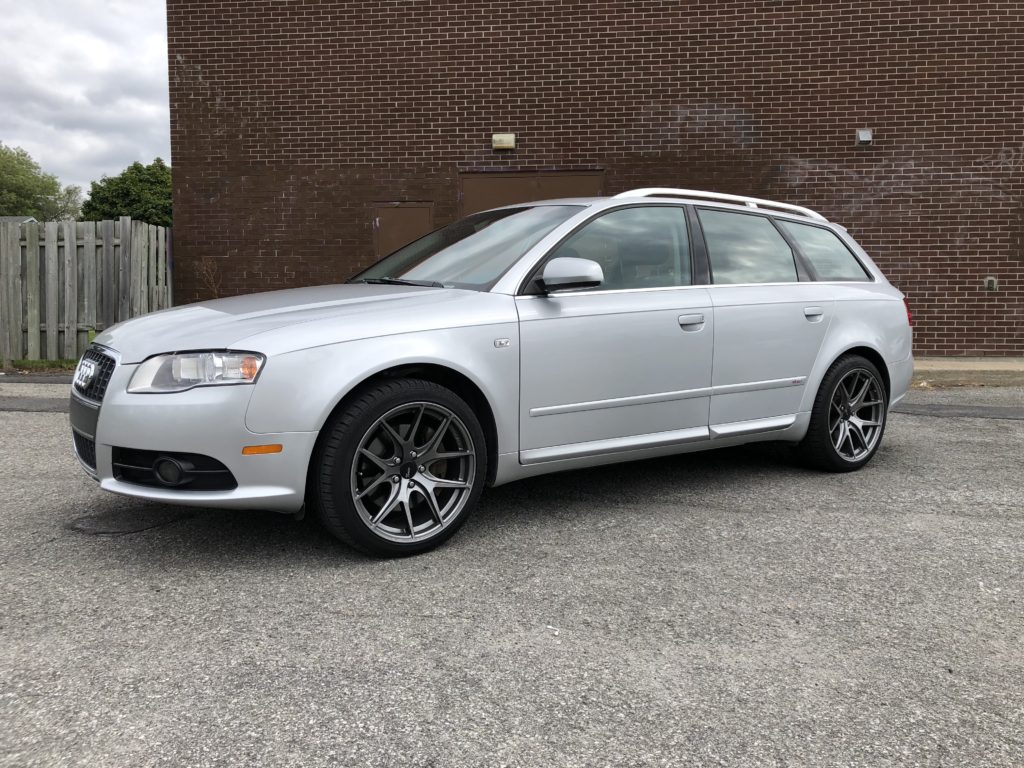 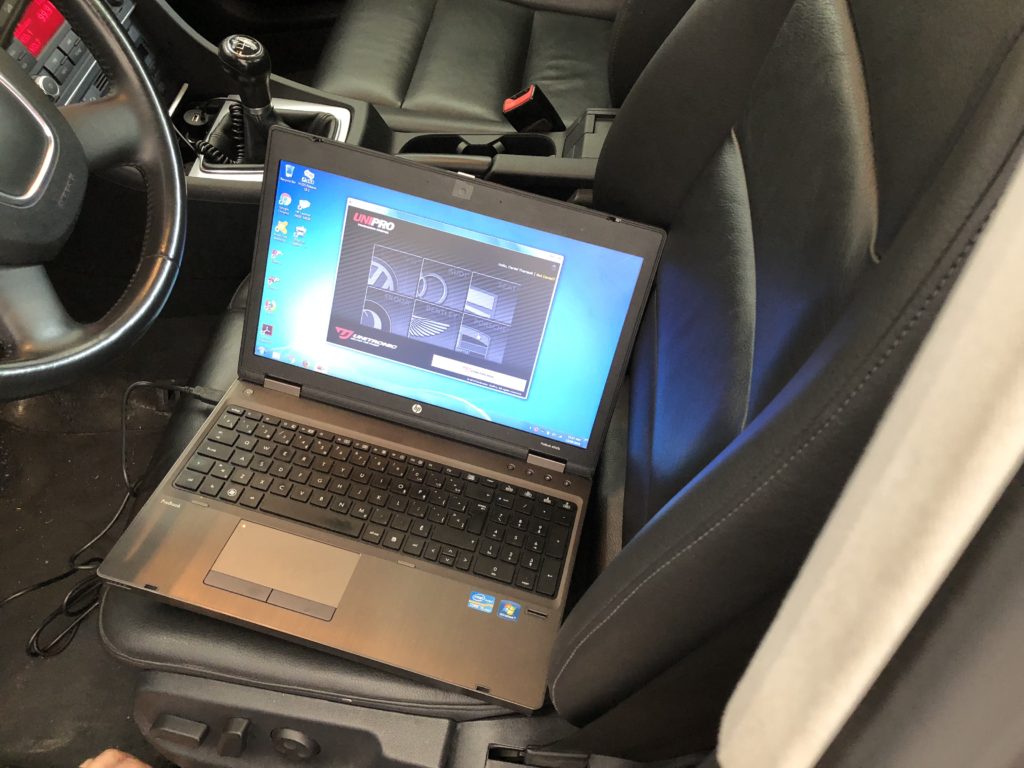 Some Details on the Upcoming 2023 Audi A4

Next-Generation Audi A4 Will Have Hybrid And Electric Variants