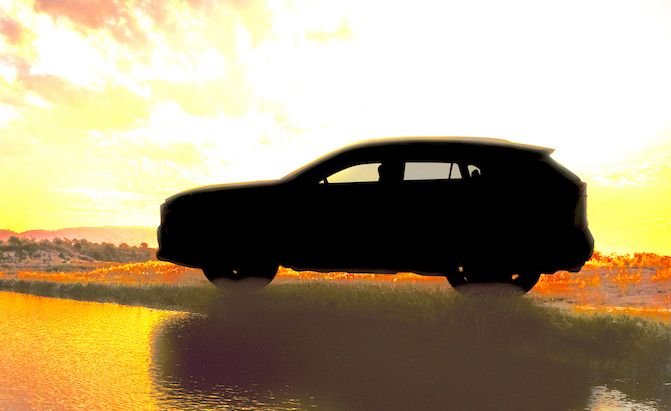 In exactly two weeks, we’ll be on location and commencing our coverage of one of the best car shows in the World. The New York International auto show will host countless firsts and likely one of the most important will be the introduction of the 5th generation RAV4.

As it stands, the Toyota RAV4 is the category best-seller in both Canada and the US but in both countries, its supremacy is seriously threatened by the Honda CR-V and Nissan Rogue, respectively.

Over the last week, Toyota’s announced a number of new powertrains including a petrol and a hybrid 2.0-litre 4-cylinder engine, a pair of AWD systems and two transmissions, a CVT and a 6-speed manual transmission. While we’re likely not going to experience the latter, the new E-Four AWD system and 4-cylinder engines should make their way here.

The stakes are very high in the compact crossover segment and if Toyota wants to stay on top, which we’re sure they do, they’ll not miss this opportunity to introduce their leading technology.

The Grand Highlander will be a stretched version of the mid-size SUV. Toyota will unveil this model at the Chicago Auto Show on...
Read more
Previous articleNew Ford Fiesta ST: 3-wheelin’ fun!
Next articleOntario won’t give EV rebates to luxury vehicles anymore