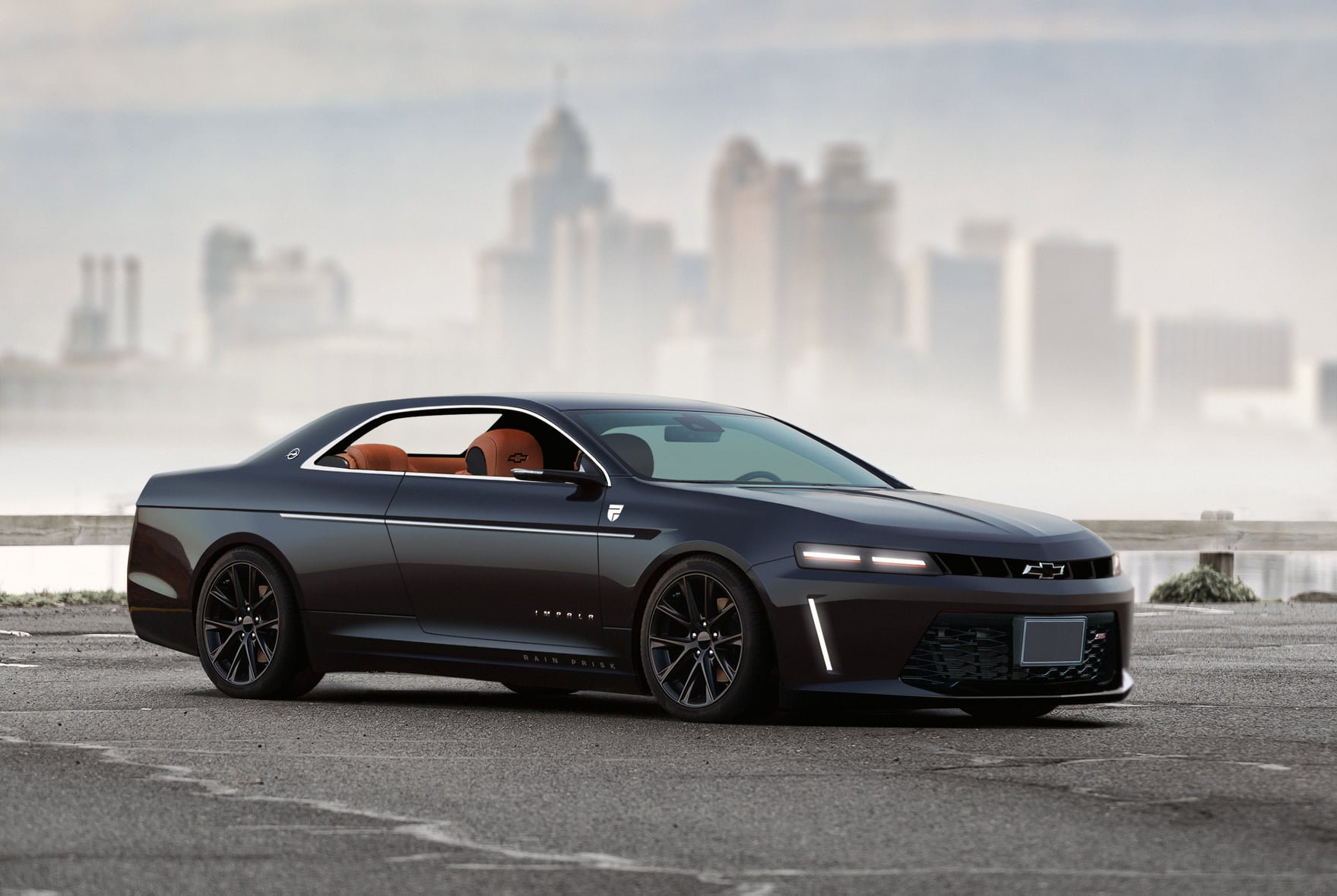 If you’re already missing Chevrolet’s Impala, you’re not alone. The sedan has been gone for more than a year already, but that hasn’t stopped rendering artist Rain Prisk from reimagining what a modern Impala could look like. Even better, the rendering looks like it uses enough existing Chevrolet styling language that we could see something like it being built. If GM had the nerve, that is.

“I was looking at some photos of American cars from [the] 60s, and seeing the old 2 door Impala, I thought I’d try to redesign the 21 Impala to look a bit more like the successor to the older ones. Also got some inspiration from the Impala SS from [the] 90s,” Prisk said on the rendering posted to Facebook (via Motor1).

The car takes a largely current Camaro nose and then shrinks the headlights before running sharp lines toward the tail. A low roof and low and wide stance, along with a lack of B-Pillar make this one lean and mean. In short, it really brings back the style of the factory Chevrolet Impala two-door hardtops of the 1960s.

The cabin looks pretty luxurious as well, though there are no additional angles to better let us see the tail of the car or look inside. Impala is one of Chevrolet’s most storied nameplates, and seeing it reborn, in nearly any form, has our interest. When it looks this good, it’s not hard to wish GM hadn’t left the sedan and coupe game.

Or, as one of the replies put it, “if the SS looked like that we would have probably still had it.”

The e-Transit is an electric version of Ford’s delivery van The orders are from about 300 customers, including Walmart The most popular model...
Read more
Previous articleNissan actually engineers its vehicles New-Car smell
Next articleAcura Integra Images Leaked and our Worst Fears Might be Confirmed