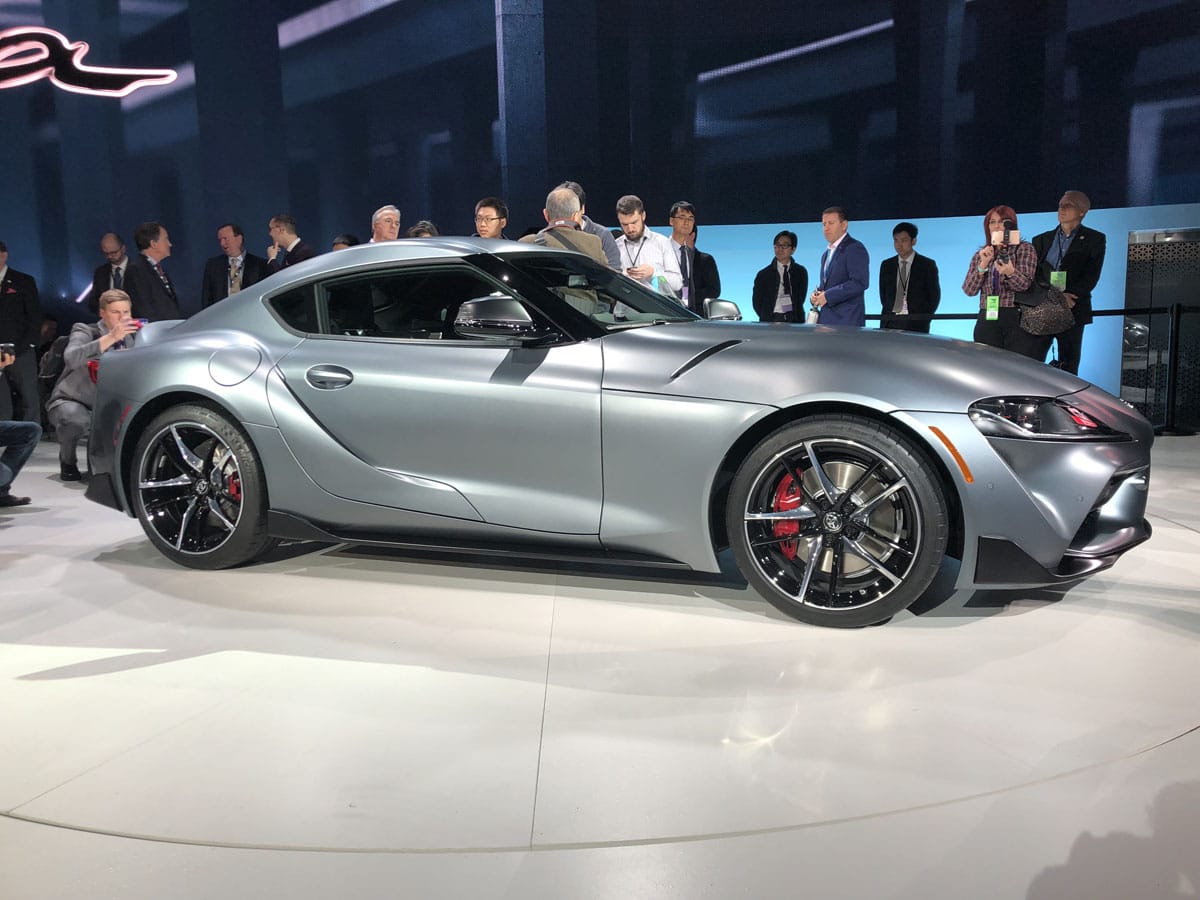 An informal sit down with Toyota Supra chief engineer Tetsuya Tada gave us and our colleagues the opportunity to address the elephant on the Detroit Auto Show floor.

Is the 2020 Toyota Supra a rebadged BMW Z4? If it was such a thing, it would be a travesty to the Supra name and everything that car represents for millions of enthusiasts all around the world.

Of course the BMW Z4 isn’t a bad car and if you’re going to partner with an automaker to build a rear-wheel drive performance vehicle you can certainly do worst than BMW, but you want a Supra to be its own thing. A unique, light, agile two-seater that doesn’t need German engineering to go fast.

As it turns out, Tada-san never drove a BMW Z4 until a few months ago, well after the 2020 Toyota Supra unveiled today at the Detroit Auto Show was ready to go. That’s what Toyota’s chief engineer and man responsible for the Supra revealed at a media roundtable during the 2019 NAIAS.

Can You Really Say Anything Bad About That 3.0-Liter?

The fact is, Toyota could have built its own engine for the Supra. But it was more effective to use an already proven 3.0-liter inline-six that everyone absolutely loves. It’s an incredibly smooth engine as anyone who has ever driven a BMW M240i can attest to, and Toyota didn’t really have anything similar already built.

BMW has mastered the art of making small cars go fast and remain nimble and agile, and that’s exactly what Toyota wanted with their new 2020 Supra.

That would also explain in part why both cars share almost the same dimensions and suspension setup. They also share an adaptive suspension system.

So what Toyota did was quite simple. They chose to use components of a car that was close to what they wanted the end result to be with the 2020 Supra, and then went to work designing a vehicle to perfectly wrap around those parts. They didn’t develop the Supra alongside the Z4 according to Tada-san, and they didn’t try to make it a “sportier Z4” or a “hard-top Z4”.

It’s easy to criticize Toyota for using parts from another automaker on a car we’ve waited so long to see, but the reality is that very few cars if any use all-new parts from the wheels up.

They all share engines within the brand, but what’s so wrong with using better engines even if they belong to another automaker? Now, if you want to give Toyota grief for not offering a manual on the new 2020 Supra, then by all means be our guest.