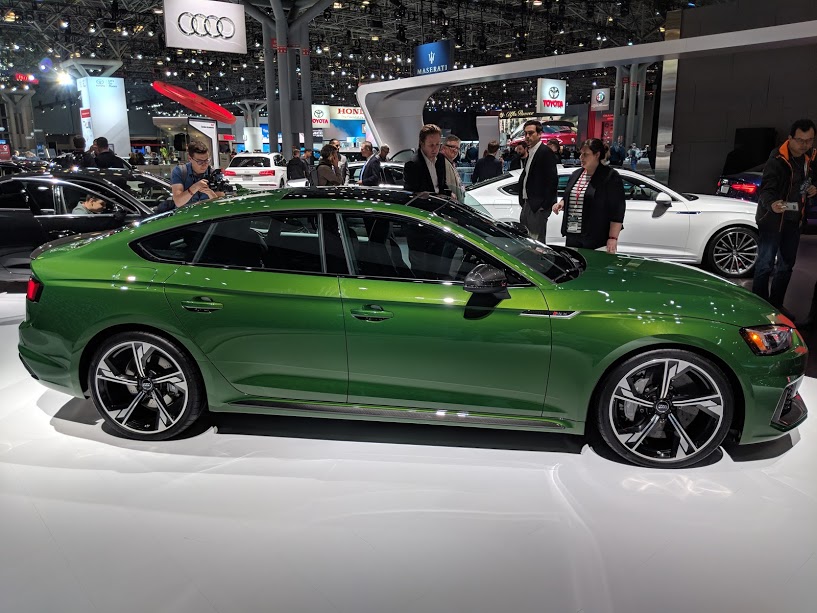 What an absolutely beauty. I walked by it a few times on the floor of the Javits Center in New York, and every time I had to pause a second or two just to admire it one more time. When I first saw it, I stood there for about 5 minutes. If it wasn’t for a live Instagram going down, I would have stayed there longer.

The 2019 Audi RS 5 Sportback is the kind of the car that reminds you why you love cars. My colleague Matt St-Pierre was hoping and praying for months now that Audi would offer the RS5 in Sportback guise, and his wish was granted. In the end, the RS5 Sportback will surely just as much of a missile on the road as the two-door RS5, but four people will be able to appreciate as opposed to two.

What you have with the 2019 Audi RS5 Sportback is one of the fastest family-friendly vehicles available today offered at less than $100,000. Exact pricing hasn’t been announced yet, but given that there’s no difference in price between an S5 Coupe and an S5 Sportback, we expect Audi to use the same strategy with the RS5. That means that the Sportback would be priced at $82,500.