News Should You Buy a 2018 Chevrolet Camaro SS 1LE?

For nearly a decade, the North American car market has had the privilege of once more welcoming pony cars from the ex-Big Three American auto makers.

Out of the three, only the Mustang stayed with us through thick and thin, that is if you consider the Mustang II a Mustang. The Challenger came and went, strayed far from the beaten path but in the last 10 years, has remained true to its roots. Perhaps too true…

The Chevy Camaro left us for barely eight years in the 2000s only to make a marked comeback as one of the most loveable CGI characters in movie history.

This fifth generation Camaro garnered plenty of love but interest dwindled. The sixth and current generation is likely the sportiest Camaro of all time but it too is not finding many takers.

Is only the competition to blame? Should you be ignoring the legions of people buying Mustangs and Challengers and opting for a Camaro? Read on. 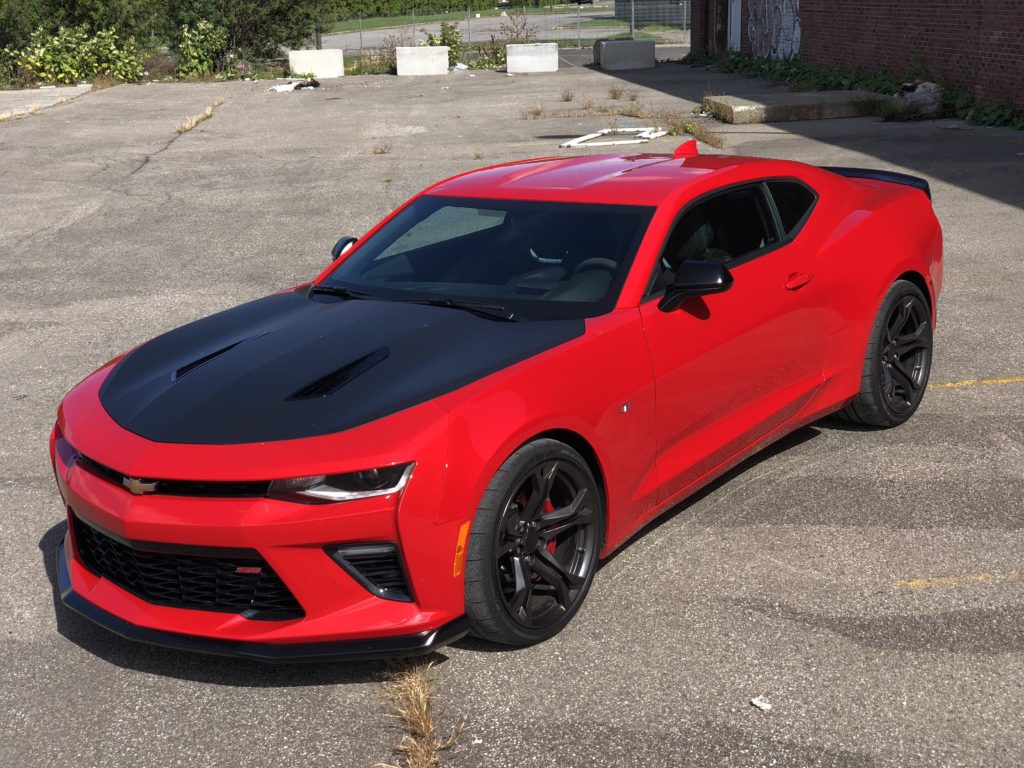 Why you should buy a 2018 Chevrolet Camaro SS 1LE

– Handling-wise, the Camaro has excellent turn-in, immense grip and great brakes be it a base car, or the SS 1LE

– The Camaro’s styling is most original and striking. Chevy’s pushed the limits whereas FCA and Ford are far more conservative

Why you should not buy a 2018 Chevrolet Camaro SS 1LE

– Even though the Camaro is the most recent of the three cars, it lacks in general refinement – very much unlike the Mustang

– The cabin is plain, looks cheap and dated

– As always, visibility is atrocious and the trunk is useless

– Regardless of the trim, the Camaro is a chore to drive. It is difficult to simply enjoy the moment. The Mustang and Challenger are GTs by comparison

I absolutely love the 2018 Chevrolet Camaro. The trick to loving it, especially the SS 1LE, is to prepare oneself before taking the wheel. If I’m not in the right mood, working the shifter and clutch, paying close attention to the road and surroundings can become unpleasant. But, not being in the mood is next to impossible to fathom.

A glance at the Red Hot 2018 Chevrolet Camaro SS 1LE with its blacked-out or dark-finish accents, massive 20-inch wheels and angry aero is all that is needed in order to get my engine revving. As is, this SS 1LE is the perfect Camaro for the right person, however not everyone. All Mustangs and Challengers (with the exception of Hellcat-powered cars) can be everything to anyone. They are simply easier to live with.

And so, should you buy a Chevrolet Camaro? Yes, absolutely. Be certain about your convictions and choice however as it is not as forgiving a purchase as the other two.

Just in case you were curious, here’s my personal order in which I place the cars based on specific trims:

This is my personal preference order based on the car itself, as a whole:

It doesn’t have to make sense…