News Should you buy a 2019 Lincoln Navigator

Should you buy a 2019 Lincoln Navigator 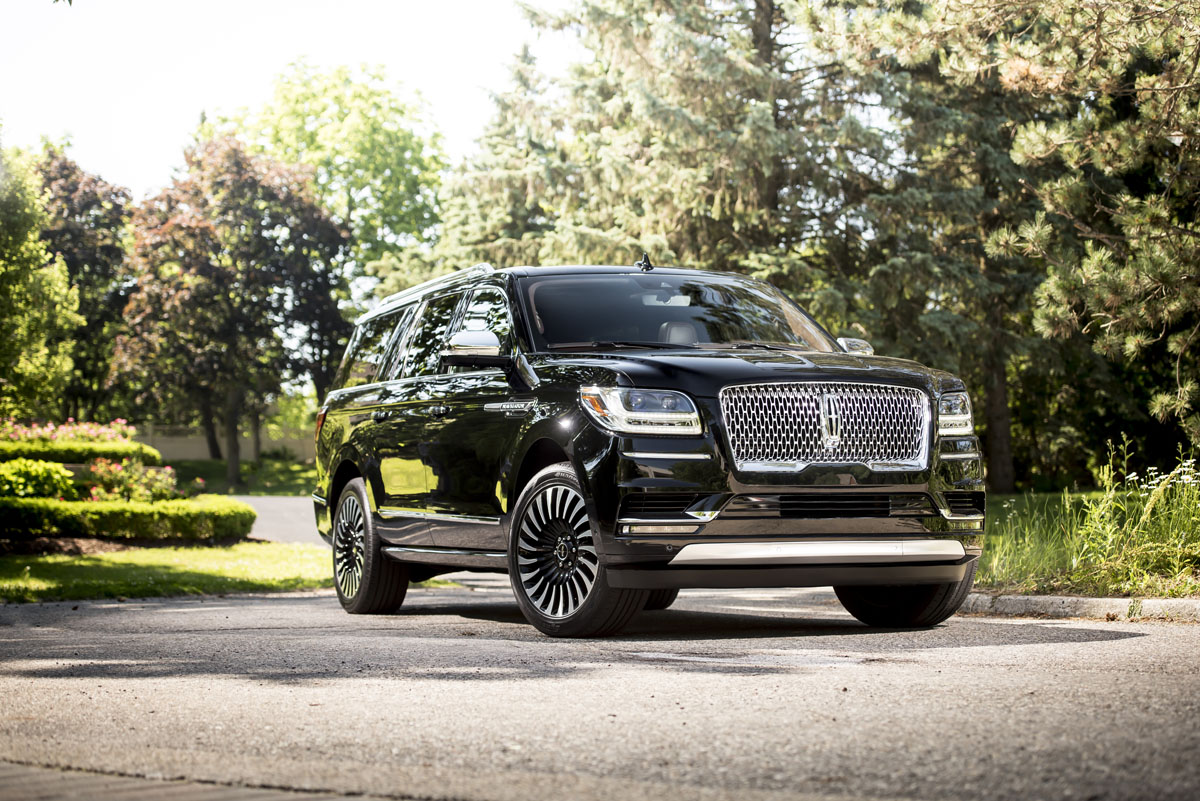 For years the Lincoln Navigator was a pushover in the full-size luxury SUV segment. The Cadillac Escalade dominated and if buyers didn’t go for the Caddy, it’s probably because they ended up going with an Infiniti QX80 or a Range Rover.

Although the redesigned Navi hasn’t caught up to the aforementioned large luxury SUVs just yet, it’s a matter of time. This new-generation Lincoln Navigator is a winner, pure and simple. We’ve driven both the long wheelbase and short wheelbase models, and thoroughly enjoyed both.

Finally, Lincoln has a flagship model it can be proud of. Gone are the days of obnoxious chrome usage and an interior that never justified paying $20,000 (at a minimum) more for the Lincoln over the Ford Expedition on which it’s based. Lincoln dealers will no longer be stuck given outrageous rebates on their remaining model-year Navigators because only a handful of people even test drove them over the course of the year.

The Lincoln Navigator is back and deserves serious consideration if you’re looking for space combined with a ton of luxury. Moreover, its main competitors haven’t really evolved in recent years with the exception of the QX80 which got more of a refresh than anything else.

Why you should buy at 2019 Lincoln Navigator

1. The Navigator is now much more than an Expedition with a few extra gizmos. Its interior is completely different and a lot more luxurious and refined. It looks more upscale than its Ford brother as well and gets a more powerful engine. Now let’s break everything down.

2. The cockpit is stunning. The digital instrument cluster is uncluttered and simply beautiful. The center console is easy to use and once you get used to the weird transmission buttons you won’t ever have trouble finding the function or button you want. The same can’t be said about the Escalade or QX80. The seats are supremely comfortable and there’s a ton of space, even at the third row in the long wheelbase version.

3. The Navi’s twin-turbo 3.5-liter V6 engine delivers 450 horsepower and 510 pound-feet of torque. If those specs ring a bell, it’s because the same engine also powers the F-150 Raptor. The Expedition can’t get that engine and caps off at 400 hp. The extra 50 ponies do make a difference in how the 2019 Navigator accelerates.

4. Handling is pretty impressive given you’re ultimately driving a small bus. Compared to an Escalade or a QX80, the Navigator feels more planted to the road and more stable at speed and when taking a corner. It’s quite surprising in its handling, actually.

5. There’s enough room behind the third row of seats to carry everyone’s luggage. You know how some three-row SUVs don’t have enough cargo space left to carry your passenger’s stuff if those passengers take up all three rows? That won’t happen in the Navigator.

Why you shouldn’t buy a 2019 Lincoln Navigator

1. This is an easy one but having 450 horsepower under the hood of a massive SUV means fuel consumption is noticeable at best, scary at worst. I get that spending over $100,000 for your vehicle means you can afford the fuel bill, but still. The principle of giving away so much of your income to a fuel company will ultimately end up annoying you.

2. 22-inch wheels come standard. That’s either a good thing or a bad thing depending on your point of view but buying new tires will always be a wallet crusher for as long as you own your Navigator.

3. Previous-generation Lincoln Navigators had one of the worst depreciation you could find in a car, in any segment. Not sure yet what will happen with this new model, but we’d lease just to be sure.

There are a lot of other areas where we could criticize the new Navigator as a vehicle, but within its segment it’s very hard to find fault in it when comparing it to its competition. Even the knock on its fuel-efficiency isn’t really justified as all full-size luxury SUVs would make an environmentalist cry. Ultimately, the Cadillac Escalade needs a refresh, the Range Rover doesn’t have three rows of seats and the Mercedes-Benz GLS is on the way out for now. When it comes down to luxury large SUVs, it comes down to the QX80 or the Navigator.

Of course, the 2019 BMW X7 may have something to say about that, but it hasn’t arrived yet.

Team driving Ariya EV from pole to pole Journey will take 27,000 km, but plenty of coffee Nissan has just revealed the vehicle that...
Read more
Previous article2019 Porsche 718 Cayman T Will Be An Incredible Car!
Next articleThe Porsche Taycan Will Reshape Porsche as an Automaker