News The Porsche Taycan Will Reshape Porsche as an Automaker

The Porsche Taycan Will Reshape Porsche as an Automaker 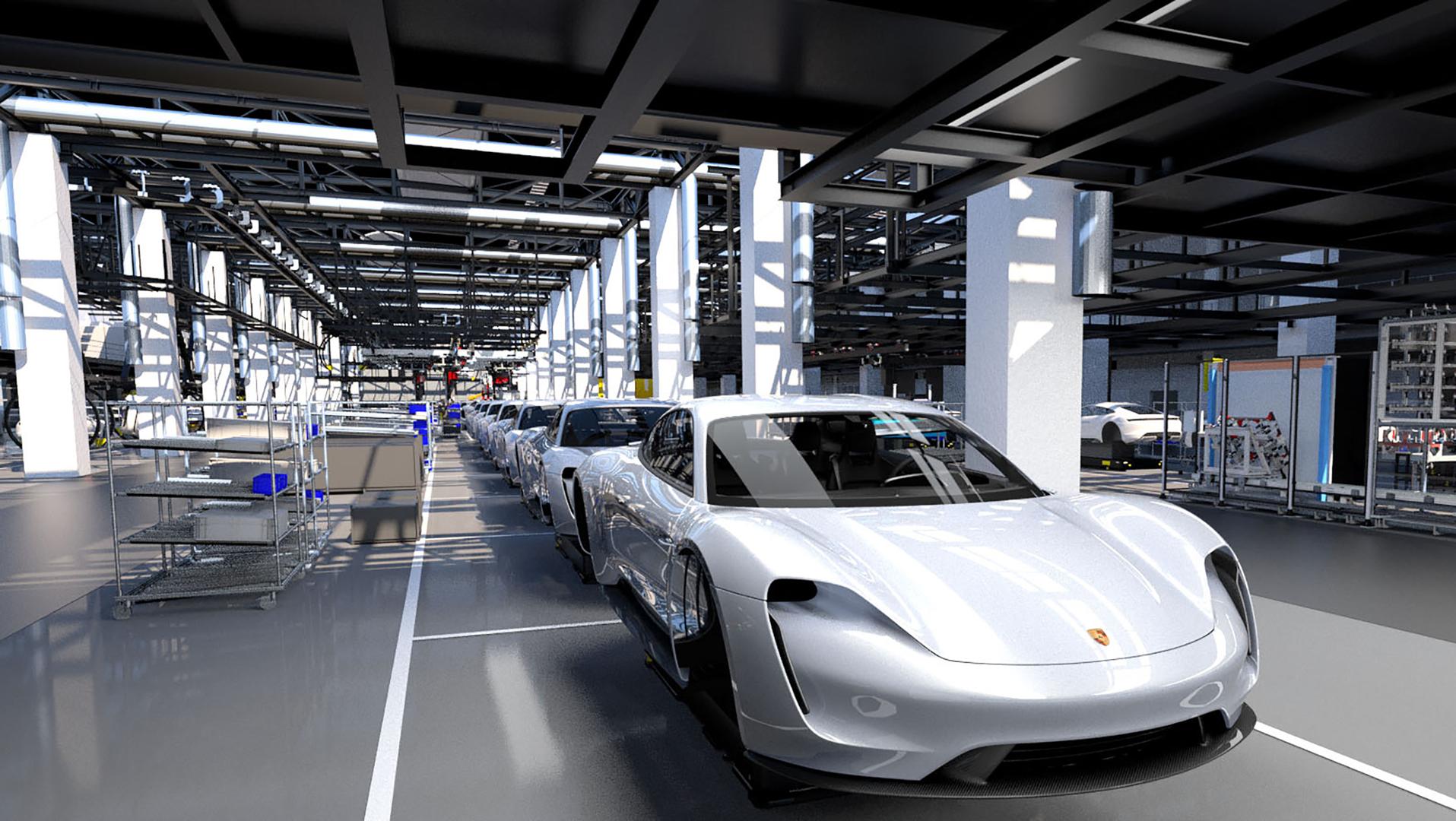 For some, the Porsche Taycan is simply a new Porsche model that happens to be electrified. For the automaker and people inside its campus located in one of Stuttgart’s urban districts, it represents the next step in the evolution of one of the world’s premier car manufacturers.

The Taycan will change the way Porsche builds cars, that much is evident when you visit the factory within a factory in the heart of Zuffenhausen. This state-of-the-art facility has been setup to fine tune the production of the brand’s first full EV and at the time of writing produces two units a day.

Every automaker throughout its history will have moments that shape it and define it. For Porsche, a conservative automaker if there ever was one, you can look at the introduction of the Cayenne as such one moment.

Another is the upcoming launch of the Taycan. While many manufacturers reluctantly design some kind of electrified vehicle for the sole purpose of meeting environmental regulations, Porsche looks at the Taycan as a benchmark for an incoming wave of Porsche EVs. It’s ultimately the starting point of the brand’s next generation of vehicles, and overall future.

“We predict that over 50 percent of Porsche models delivered from 2025 will be electrified,” states Lutz Meschke, Deputy Chairman of the Executive Board and Member of the Board responsible for Finance and IT at Porsche.

As M. Meschke also mentions, such a trend in vehicle production will require substantial investments. So far, six billion euros have been invested and 1,200 thousand employees have been added for the sole purpose of bringing the Taycan to life.

What is interesting here is that Porsche isn’t simply flaunting how much money they are spending. Things like profit margin percentage point targets are also announced (in this case, 15 %), and Porsche even confirmed that arrangements has been made with unions to subsidize part of the investments through employee salaries.

How many companies, in any industry, could ask their employees to take part of their salary to contribute to modernizing and optimizing production processes? In this case, Porsche didn’t even have to ask. It was offered.

As we walked into the Taycan pilot center in Zuffenhausen, the first thing that struck me was how uncultured everything was. This area was used to build the 918 Spyder, and now it’s used to fine tune the Taycan production process.

A dozen or so Taycan shells lay before us, but you could throw a football in there and have yourself quite the workout. I’ve seen a handful of production facilities all over the world, and all are clean, modern, and organized. They aren’t this airy, however.

The Taycans sit on what Porsche calls Automative Guided Vehicles, or AGV. The pictures above aren’t quite what it looks like (as you can imagine, phones and cameras were strictly controlled), but it’s not too far off. What you don’t see here are the rings around the cars that give workers the ability to rotate the vehicle and work on various areas ergonomically and safely.

The AGVs aren’t confined to tracks which means greater flexibility in how the production facility is setup. You can easily add a different model to the same area or reconfigure your entire production process if trends and times change.

Eventually, Porsche plans to produce between 20,000 and 25,000 Taycan units. That said, it’s production processes and facilities provide plenty of opportunities for expansion.

From what I could tell walking around Zuffenhausen, Porsche is readying itself for a host of other EVs to come with flexible production innovations designed to grow with the company.

About the Porsche Taycan

The Porsche Taycan is based on the Mission E concept unveiled three years ago at the Frankfurt International Auto Show. It will feature two electric motors – one on each axle – that together will deliver more than 600 horsepower. Porsche claims you’ll get to 100 km/h in less than 4.0 seconds.

Lithium-ion batteries will provide enough energy to power the Taycan for about 500 kilometers, or 310 miles. Charging will take less than 15 minutes to get to 400 kilometers using an 800 V charger.

Free charging will be reserved for its 30 ultra-fast charging stations. They are located in Quebec, Ontario, Alberta, and British Columbia. These electrons...
Read more
Previous articleShould you buy a 2019 Lincoln Navigator
Next article2018 Chevrolet Tahoe Premier RST Review: Standing the test of time