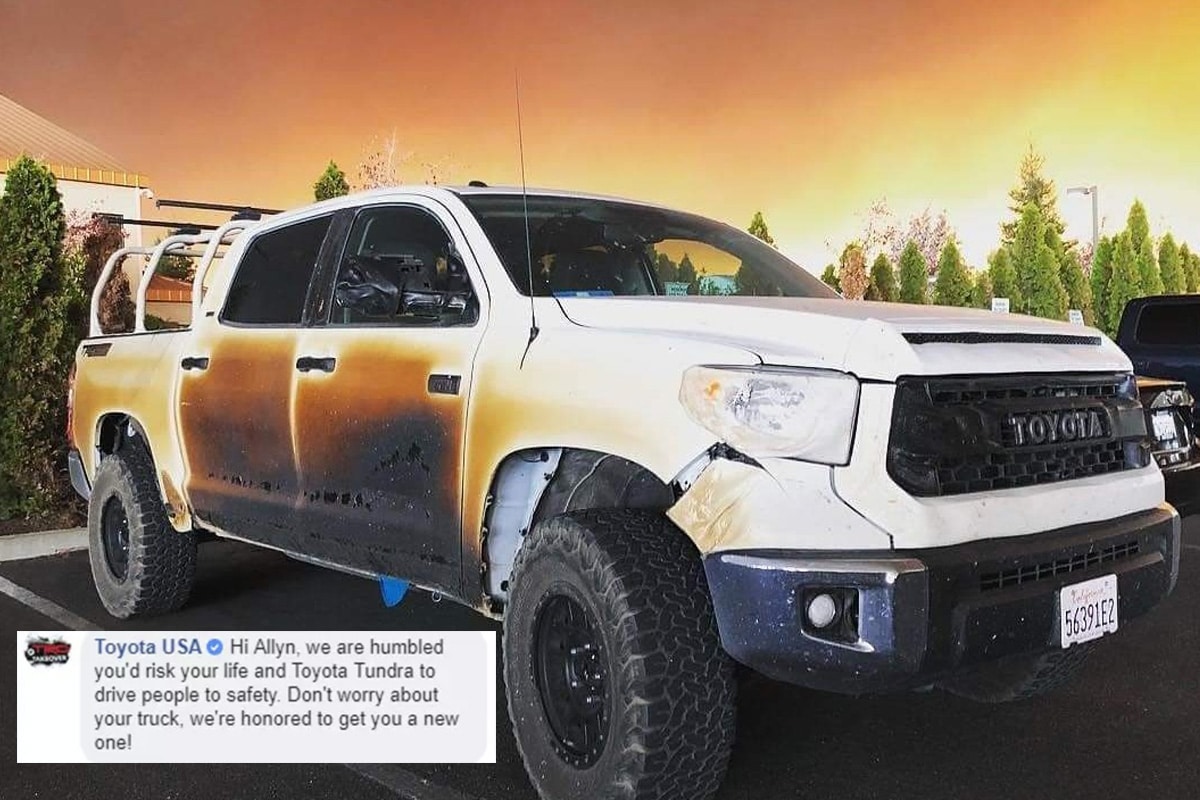 As the California wildfires rage on, thousands have answered the call to help anyway they can. For nurse Allyn Pierce, head of an intensive care unit in Paradise, California, that means shuttling his patience to safety from the hospital in his own Toyota Tundra pick-up, practically torching it in the process.

The truck’s rear taillight covers were burnt off as was the paint on the door panels. There was also extensive damage to the front bumper as you can see in the image below.

After posting picture of his truck on Instagram and praising the Tundra for its safety while also thanking everyone involved in battling the wildfires, Toyota USA stepped in and offered Pierce a new truck.

“We are humbled you’d risk your life and Toyota Tundra to drive people to safety,” the official Toyota USA account wrote. “Don’t worry about your truck, we’re honoured to get you a new one”.

Toyota later confirmed that it did indeed plan to follow through with their offer. Some may see it as a simple marketing move and it is, but it’s still one heck of a nice gesture from Toyota and they should be commended for it.

It will also hopefully serve as ray of hope for Allyn Pierce who along with his truck also lost his home in the fires. A GoFund me page which you can visit here has been created to help.