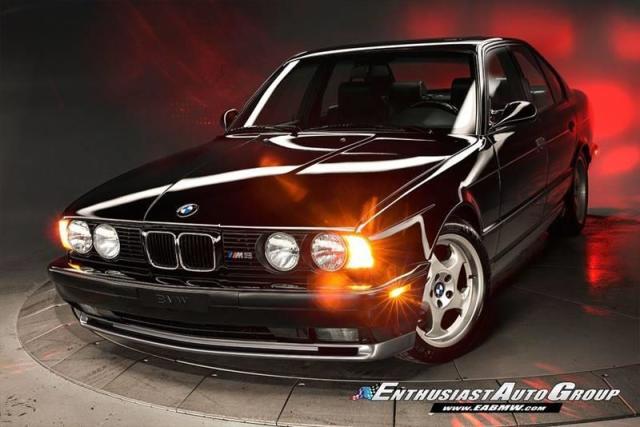 We’re distraught. Disturbed. Sad. Why all the tears? Because hero cars from the 90s have officially gone from “I can do it, I should do it…” to “DAMN! I can’t do anymore even with the $20k inheritance I’m getting from grandma!”

Porsche 911s started the ball. Then, suddenly, all the cool cars from when I was a teenager began appreciating like mad. An ITR? Grandma’s inheritance will get you a broken one. Then there was that silly 1998 Honda Civic Si for 24-large! And I’m skipping over a bunch of others.

The latest madness to strike down my dreams of ever owning an early BMW M5 has come. There’s this 1993 E34 BMW M5 for sale by a dealer that has covered on 4,605 miles in 25 years. This is as tragic as it is intoxicating. According to the listing, it’s in better shape than it was the moment it left the assembly line. And it is for this reason the seller is asking $169,990 for the car.

This is the first time in history this happens. Subsidies and incentives are part of the drive behind EVs. More than 20% of...
Read more
Previous article2019 Volkswagen Jetta First Review
Next articleThe Zenvo TSR-S’ rear spoiler: Comical, or functional?