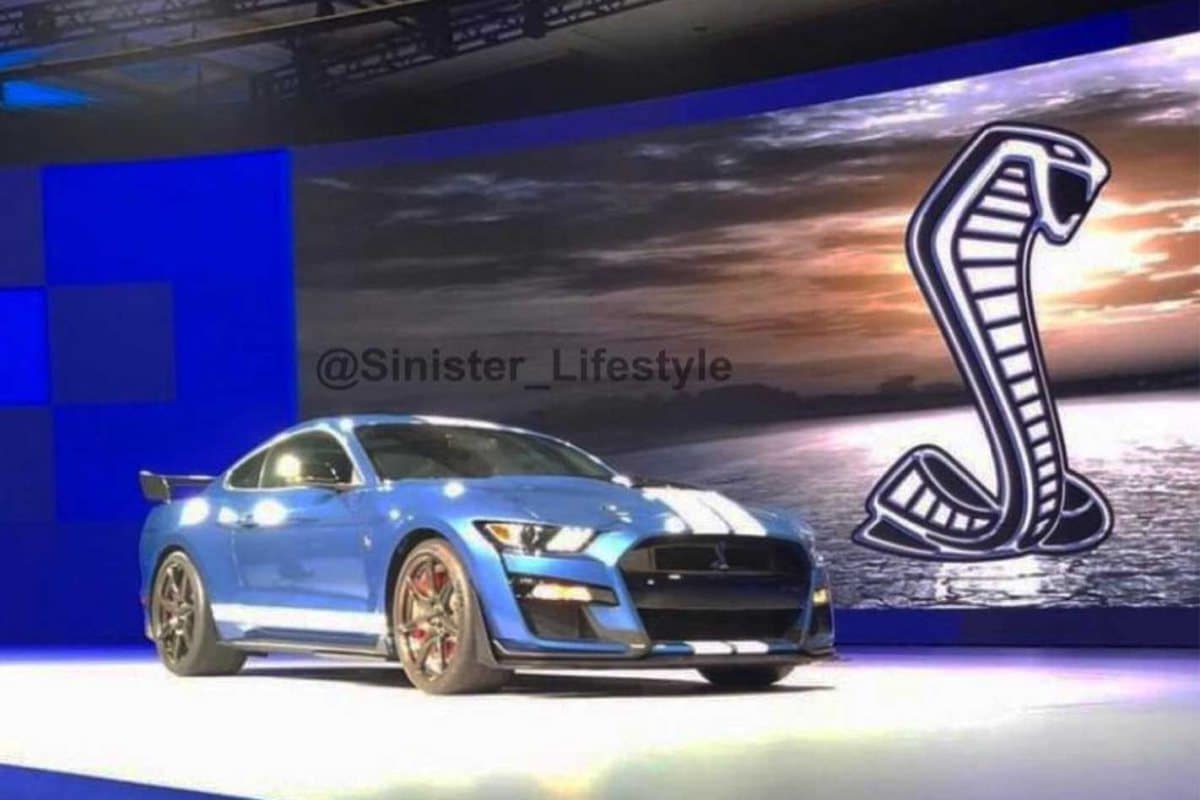 This isn’t your traditional first look, but it may still tell Ford Mustang Shelby GT500 fans what they want to know about the upcoming redesigned 2019 model. And Ford won’t be too happy about it.

Announced at last year’s North American International Auto Show in Detroit, the new-generation Shelby GT500 is scheduled to debut next January at the 2019 NAIAS. It will undoubtedly be the highlight of the show… Or was supposed to until someone leaked an image of what appears to be the next monster Mustang.

The New 2019/2020 Ford Mustang Shelby GT500! If you work at a Ford dealer and will sell me this car at MSRP please direct message me! I will leave a deposit today! ???? (Disclaimer: Photos were sent to me via Instagram direct message. I am not the originator of this photo. Only a repost with my watermark)

Instagram user sinister_lifestyle posted the following image of the car taken by an unknown person who sent the picture to the poster. The vehicle seen in the image certainly looks like the Ford Mustang Shelby GT500, and a quick comparison with teaser images released by Ford up until now adds to the feeling that this is the real deal.

A Ford dealer meeting was happening in Las Vegas at the time the image was posted which also makes us think this leak is real. There doesn’t seem to be any photoshop involved either.

No manual transmission for the 2020 Ford Mustang Shelby GT500?

Ford hasn’t said anything about the image as of yet, and they probably won’t comment on it either. Ultimately, this will all blow over and the unveiling of the 2019 Shelby GT500 in Detroit will still be the main event of the next NAIAS.

Oh, and no cellphones will be allowed in any dealer meeting for any brand ever, ever again.

As for the next Mustang Shelby GT500 itself, well it will certainly be a beast. Very few confirmed details have been released, but Ford has promised the car will make more than 700 horsepower. That would be a given considering the vehicle’s main competitors.

Ultimately, we will know more in a few months when the NAIAS gets under way.