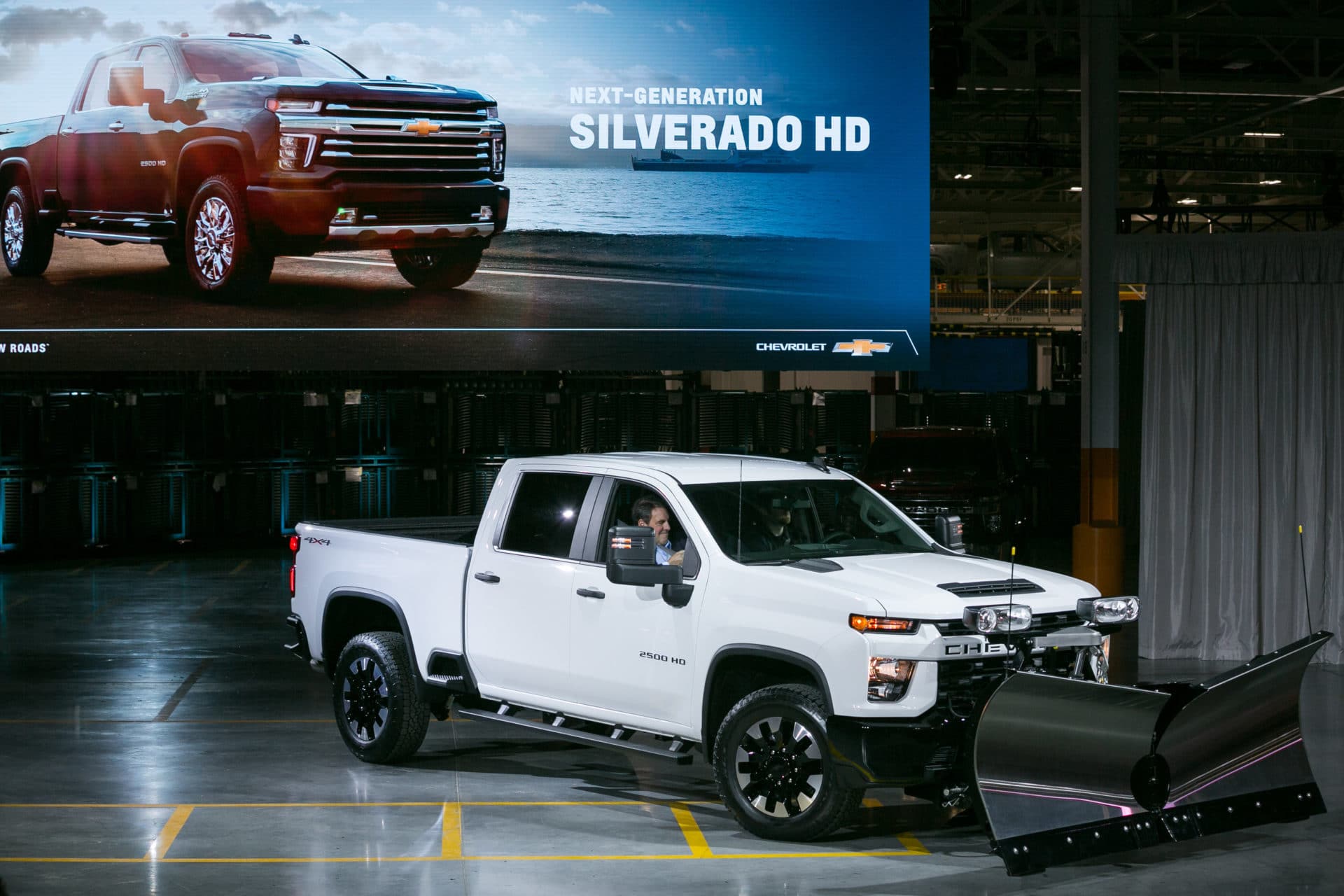 The first thing people noticed about the new Chevrolet Silverado HD was its weird grill. Now, they are shifting their focus on more tangible features.

The 2020 Chevy Silverado HD may have a odd design with that blocky, in-your-face-but-not-in-the-right-way grille and front-end, but after its debut at the Chicago Auto Show that’s no longer the focus of attention.

No, we’re now shifting our focus to the Chevy Silverado HD’s new V8 engine which we found out can tow 35,500 pounds, a whopping 52 percent more than the outgoing Silverado Heavy Duty. That’s remarkable considering the Duramax 6.6-liter turbodiesel V8 found under the hood hasn’t really changed.

It’s taller, longer, and wider than the model it replaces, but that’s just part of the story and doesn’t explain why the Chevy can tow more with less power. It also gets a brand-new 10-speed automatic Allison gearbox that has been tweaked and improved, a sturdier ladder frame and beefier suspension, and a more efficient cooling system.

Two box lengths, 6’9″ and 8′ will be offered ans as always the heavy duty Chevy truck will be offered in 2500HD and 3500HD configurations. Bedsteps and cornersteps facilitate access to the box and owners will find a 120-volt outlet back there.

So the Duramax turbodiesel V8 can tow a bunch, but that’s not the whole story with the new 2020 Silverado HD. It also gets an improved 6.6-liter V8 engine with 401 horsepower and 464 pound-feet of torque. The V8 can tow 18 percent more than the previous 6.0-liter eight-cylinder engine.

“We set out to make the best HD trucks on the market, bar none,” said Jaclyn McQuaid, chief engineer, Silverado HD. “We increased towing capabilities across the line, not just for dually buyers. We added class-leading towing technologies, such as 15 available camera views, to make trailering more convenient, whether pulling a large cargo trailer or fifth-wheel camper. And we made a host of changes to make tasks easier.”

New features that improve trailering include a new 15-camera trailering system that provides a host of viewpoints to facilitate parking, backing up, and attaching the trailer. There’s even a transparent trailer rear-view camera which gives the driver a view of what’s behind the trailer as if it were invisible.

The 2020 Chevrolet Silverado HD will hit dealerships this summer. Pricing hasn’t been confirmed.

2023 Kia Sportage Pros - At just under $31,000, the Kia Sportage LX is one of the least expensive AWD compact SUVs in Canada. - From...
Read more
Previous articleToyota 86 Has Us Living The Good Old Days With A Spot Of Nostalgia
Next articleCanadian debut for the Toyota Fine-Comfort Ride Concept in Toronto