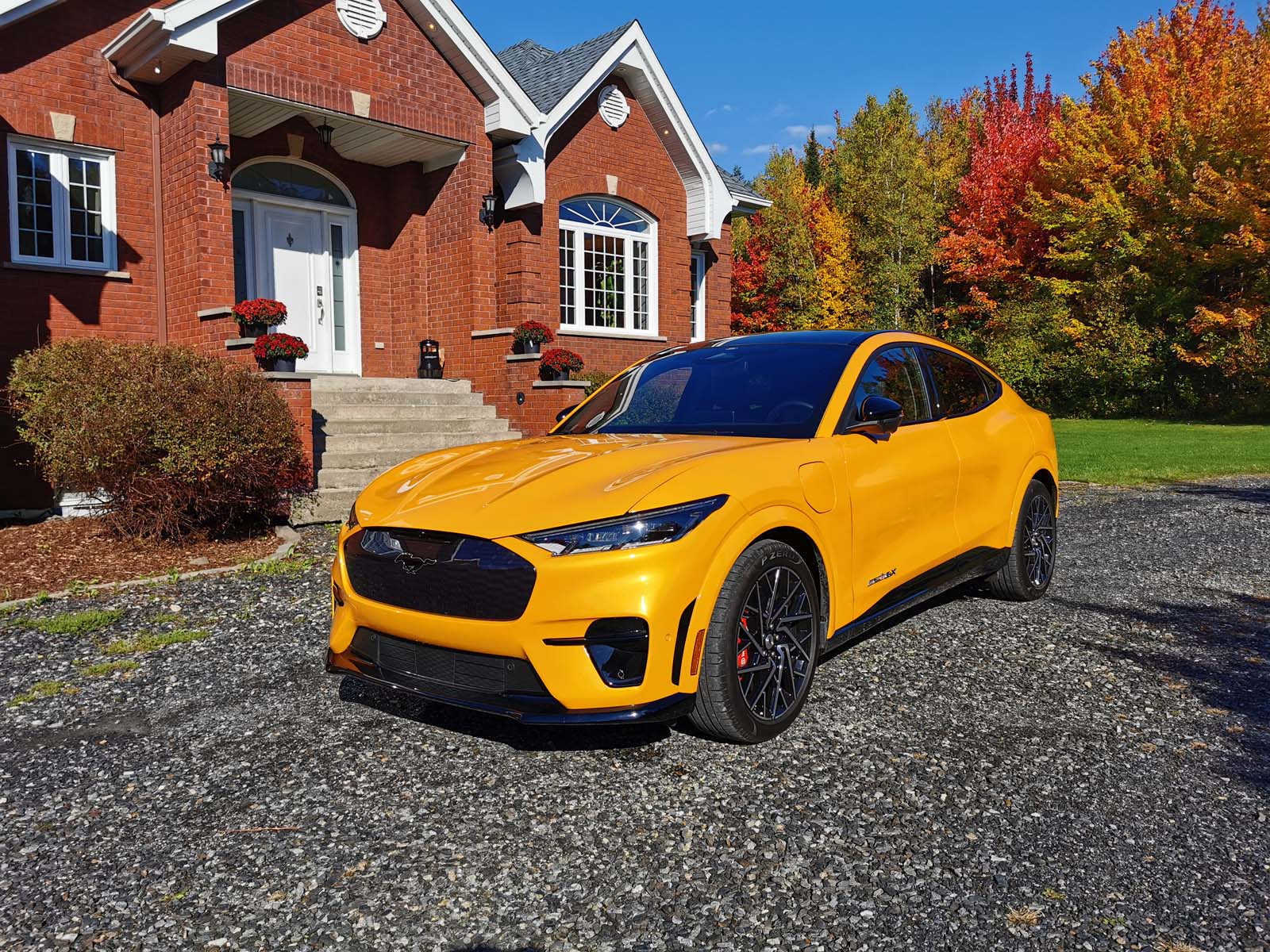 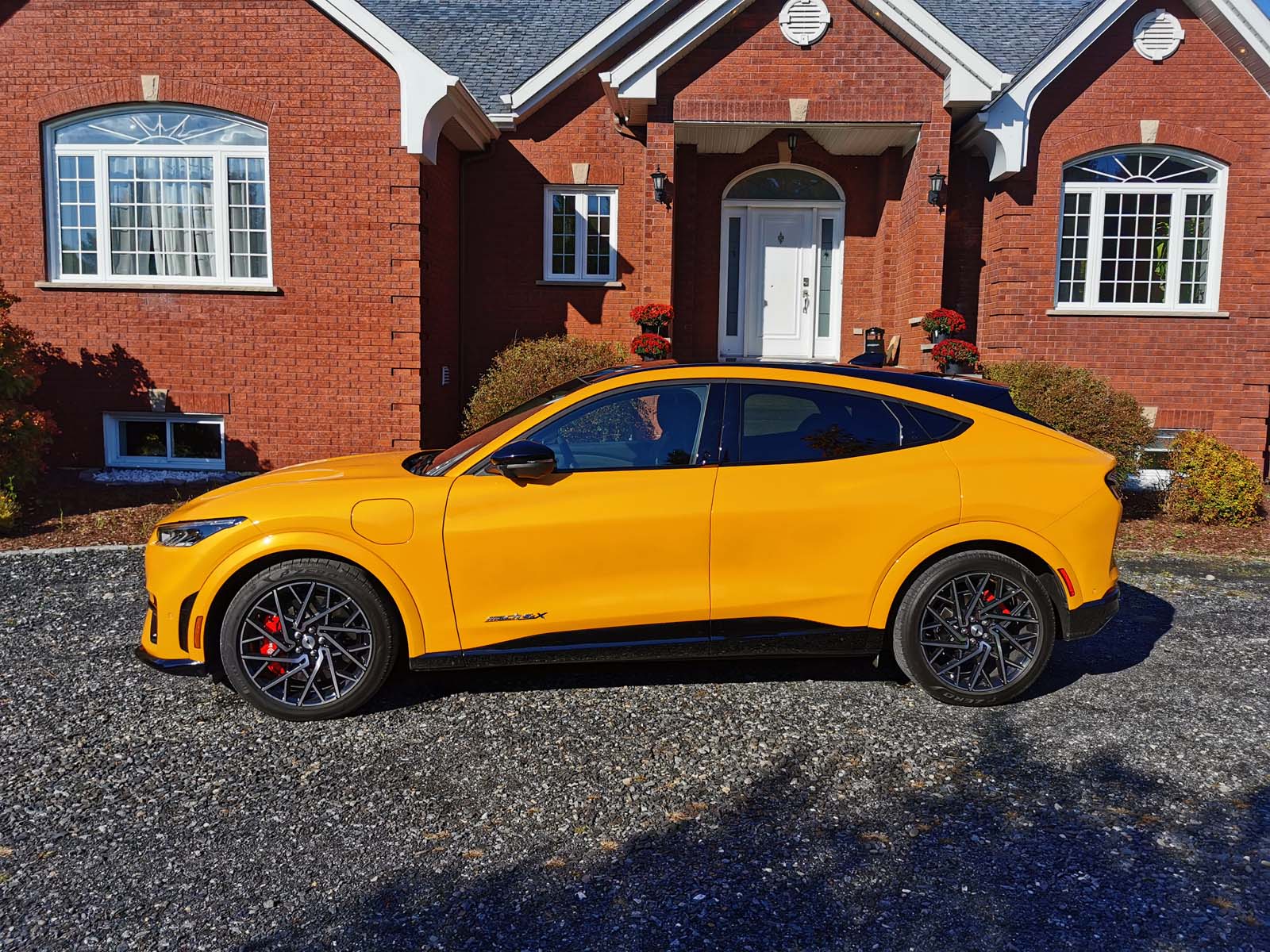 Exhilaration, for one. The Ford Mustang Mach-E has a lot of qualities, but it’s nothing to write home about when it comes to driving pleasure. The Mustang Mach-E GT Performance is a different animal, putting an immediate smile on your face the first time and every time you push the right pedal down.

Unlike a Ford Mustang GT or a Shelby GT500 (which by the way would feel the Mach-E GT breathing down its tailpipes in a race), the Mach-E GT delivers exceptionally smooth straight-line performance. It shoves you into your seat, but you never feel the car looking for grip and the back end doesn’t move around like a traditional Mustang with this much power would.

Anybody can get behind the wheel of the Mustang Mach-E, floor it, and enjoy the rush of speed with minimal experience. Just like in a Tesla Model 3 Performance.

So, should the 2022 Ford Mustang Mach-E GT worry Tesla? Well, here’s where things get tricky. I loved my time with the GT and so will you, but there are a few annoyances that creep up in every Mustang Mach-E that are difficult to ignore.

For starters, the handling doesn’t feel as connected and dialed in as most EVs. Electric vehicles are heavy, and they corner like they are on rails, especially the most powerful models. The Ford Mustang Mach-E GT Performance is a lot livelier than a Tesla Model 3 Performance and its grip can be iffy. This can be fun, and you can drift the Mustang Mach-E GT Performance with ease, but it doesn’t deliver the same level of confidence when cornering as other high-performing electric vehicles. There’s something fidgety about the most powerful Mustang Mach-E.

This previous point won’t bother everyone. It all depends on what you are looking for in your next vehicle. Heck, the handling may be the best reason to buy a Mustang Mach-E GT for some. 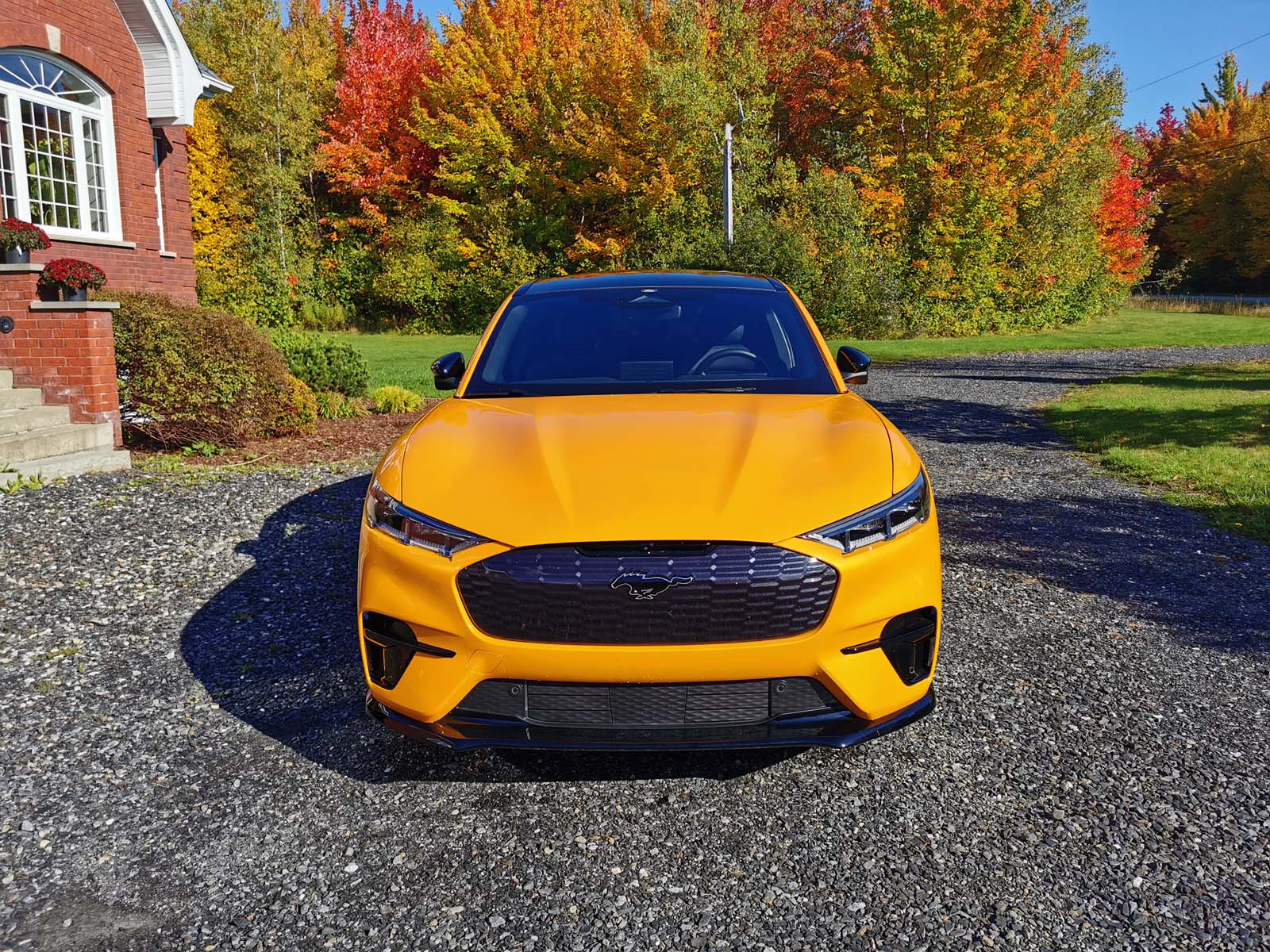 What everyone will hate, however, is the range. This is a problem for every Mustang Mach-E, but the GT Performance is noteworthy. Ford says it will do 418 kilometres (260 miles), but the impact of pushing the car in any kind of way is dramatic. I struggled to reach 350 kilometres of range in the middle of summer, and any kind of extended highway use nearly doubled the battery usage. I had the Porsche Taycan Cross Turismo the same week and drove it along the same cycle and essentially the same way, and the Taycan Cross Turismo actually had more range overall that was announced.

Next is charging. The Ford Mustang Mach-E is a slow charger overall, but the GT Performance feels even slower. Even on a 150-kW outlet, the charging rate just isn’t on par with similar EVs.

This is why the Ford Mustang Mach-E GT Performance will struggle competing with the Tesla Model 3 Performance. The latter charges faster and offers more range, and it does so for a lot less money.

The GT Performance adds Brembo brakes (which are great) and larger 20-inch wheels which look amazing. On the other hand, the package reduces range by 10 miles in the US. And here’s the thing, you need those 10 miles.

Moreover, the interior isn’t up to par with the price. When paying $65k or $85k, you need something to stand out and the Mustang Mach-E GT Performance, despite some different trims and upholstery, feels just like a normal Mach-E. 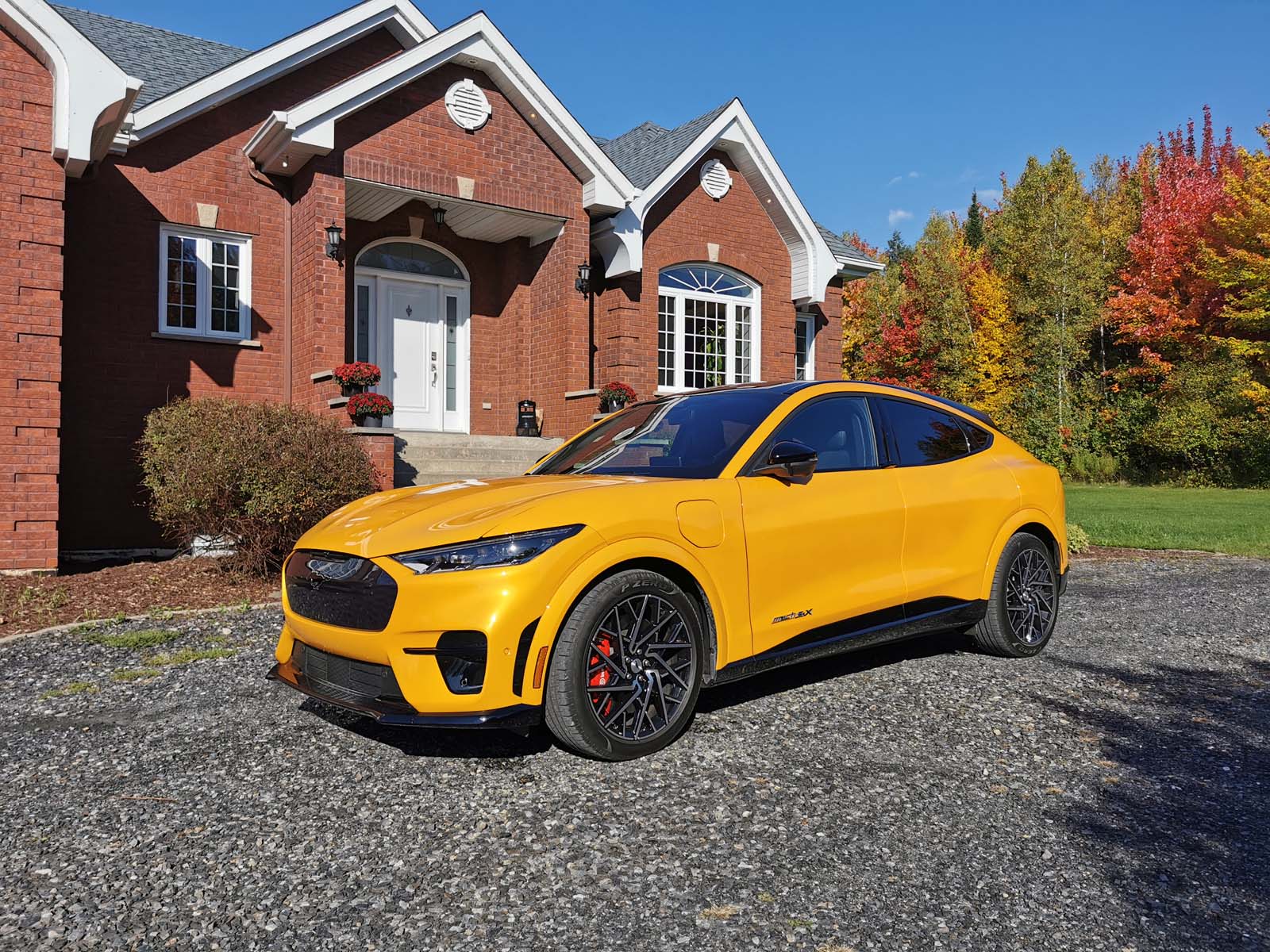 The 2022 Ford Mustang Mach-E GT Performance has stunning looks and the performance in a straight line is impressive. The handling is unique for a performance electric vehicle, for better or worse. If it actually had 418 kilometres (260 miles) it would be hard to criticize aside from the interior, but it requires too much driving compromise to reach those numbers, and the charging time is too slow given how much you are paying for it.

Toyota had previously announced it could make a manual Supra, but it didn’t know if it would be profitable in America A source...
Read more
Previous articleElon Musk Says Cybertruck Will Be Company’s Best Ever Product
Next articleThe First EV from Chrysler Could Arrive in 2024

Niagara-on-the-Lake, Ontario - The R in the Golf family is the ultimate version, like the Z06 for the Chevrolet Corvette, the Shelby 500 for...
Read more