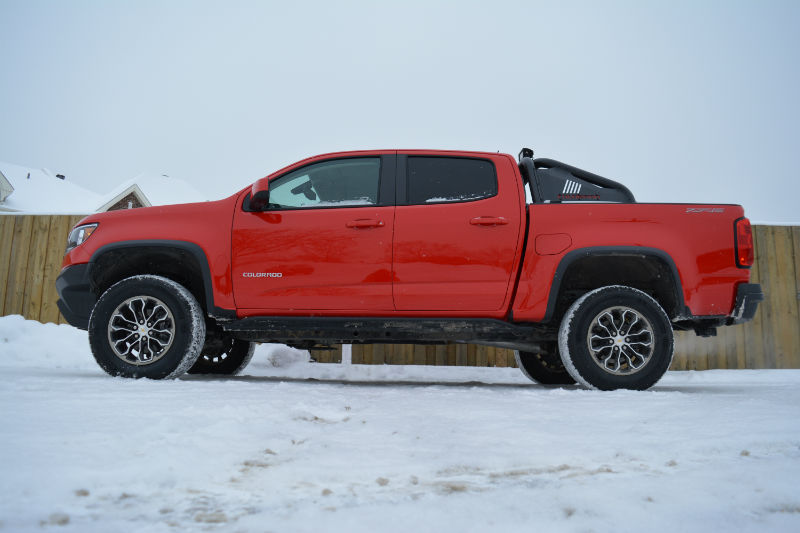 The Chevy Colorado ZR2 all about having fun, and looking real good in the process. It, and the Ford Raptor alike demonstrate that extremes are indeed good for a brand’s image. The ZR2 was likely one of the most talked about truck in 2017, and for a number of reasons.

The kit included within, namely the mental Multimatic suspension, flared wheels arches, serious off-roading equipment including front and rear electronic locking differentials and an Autotrac transfer case are all noteworthy. Someone asked if it was even possible to get stuck with a ZR2. My answer was that only a true expert could do so.

The ZR2 may be outfitted with the kitchen sink equivalent in off-roading but only piece of equipment stands out as being the one everybody wants to know about: The segment exclusive 2.8-litre Duramax turbo diesel 4-cylinder engine. It’s easy to understand why, what with the promise of 369 lb.-ft. of torque as of 2,000 rpm! 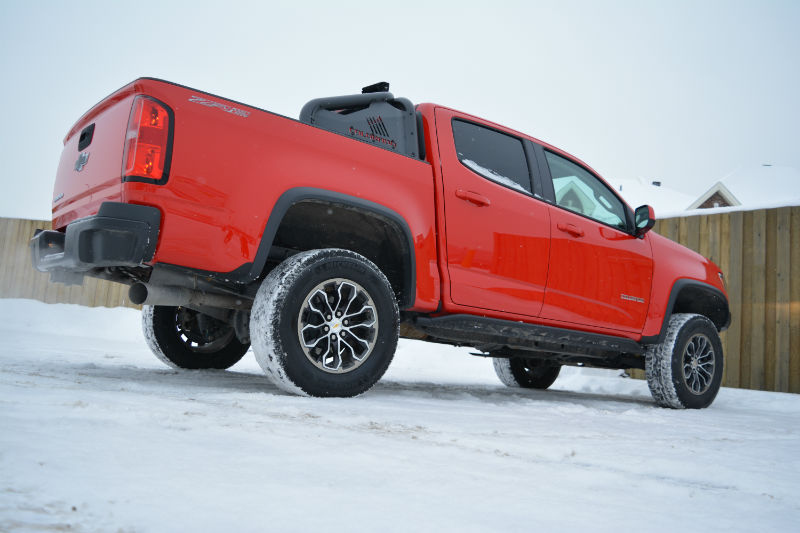 The availability of the Duramax explains why I decided to test drive the ZR2 for a second time in only a few months. And to be quite honest, I wouldn’t spend the extra $4,090… I know, I’m surprised too. Given the heavy wintery driving conditions, I did not calculate fuel consumption numbers. Yes, the gobs of torque are fun but the bottom line is that the 308-horsepower V6 and 8-speed automatic transmission (6-speed with the diesel) are extremely proficient at working the ZR2. I’d take the money, get a few options and probably some larger tires over the standard 31” rubber.

I did discover one other thing during my wintery time with the ZR2: the truck needs mud flaps. The ZR2’s track is wider than the body and so the lower parts of the tires are exposed. These tires do much “inexplicable” spinning on snow and in the process, cover the truck’s sides and door handles in slush and random muck. It is then impossible to open the doors without getting hands and/or gloves dirty or wet.

The ZR2 is an absolutely brilliant truck for playing in the rough stuff. The Multimatic suspension continues to defy logic and gravity and this thing looks incredible. In my opinion, best to pass on the Duramax and get mud flaps to go with the bigger tires.

The base price will be $56,000 in the US. The base engine delivers 200 hp and 250 ft-lb of torque. The most expensive...
Read more
Previous article50 years of Hot Wheels!
Next articleReview: 2018 Toyota Camry SE Hybrid