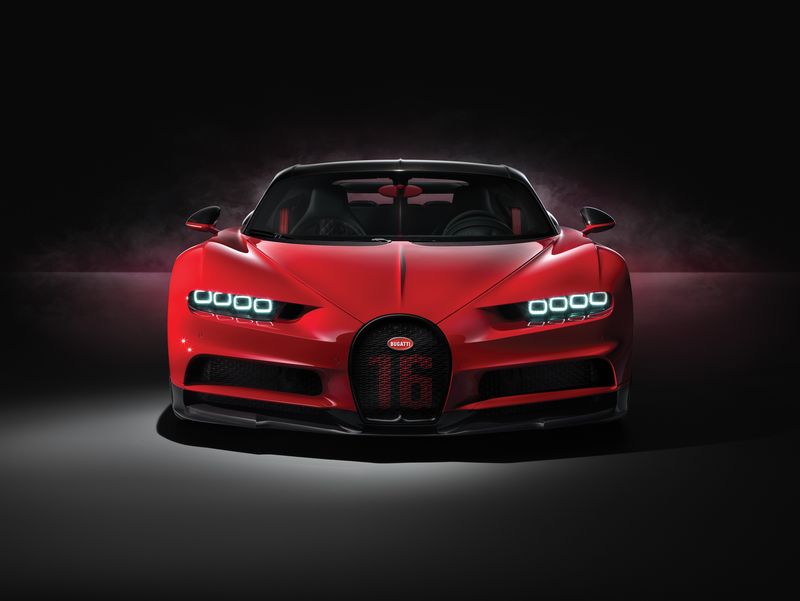 When you’re Bugatti, you can do whatever you want. Case in point, create a new version of the Chiron and call it Sport even though it’s not more powerful than the non-Sport Chiron. Oh, and if you want to make windshield wipers out of carbon fiber, well that’s what you’re going to do.

Ultimately, the Chiron Sport is a lighter version of the “normal” Chiron. Weight is down about 18 kilos which may not seem like much in the grand scheme of things, but it will make the Chiron more agile and nimble according to Bugatti.

You also get different wheels and a redesigned rear along with the number “16” etched into the grill. That reminds everyone that you are driving a car powered by a 16-cylinder, 8.0-liter engine that delivers 1,500 horsepower.

You’ll have to ask your bank for 3.25 million US dollars if you want to put a Chiron Sport into your garage. If we were you, we’d put it in between the Chiron you already own and your Veyron Grand Sport, and move the Vitesse next to the Aventador SV. You’ll also want to think about moving that G550 4×42 into Garage B so that you can put the Urus there when it arrives. And as for the damn Pagani, well you’ll just have to bite the bullet and put it next to 918 even if the latter doesn’t have any carbon fiber trim. We get it, but there’s only so much room here and the Rimac is on its way.