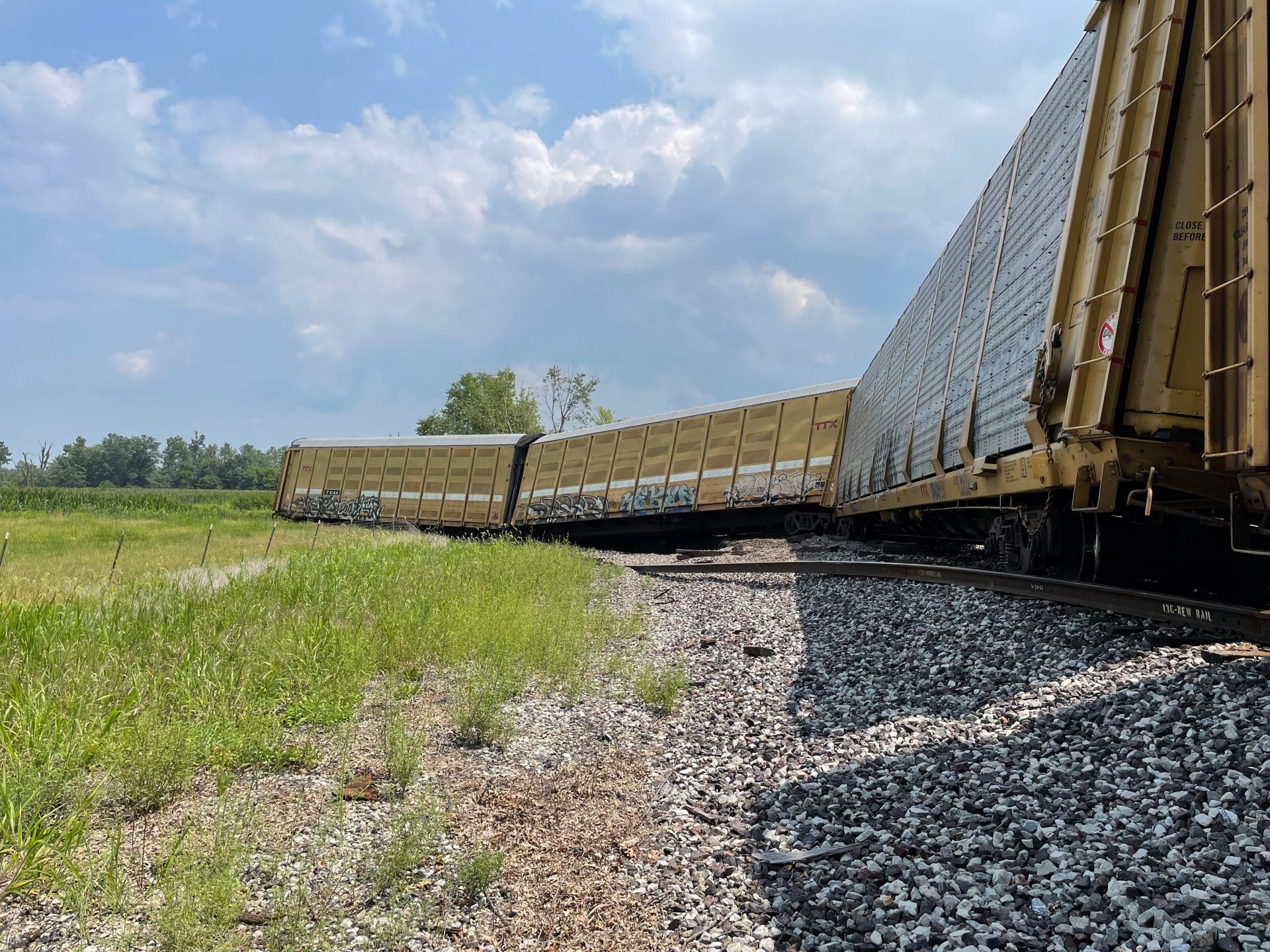 Up to 44 railcars loaded with trucks off the tracks

Buyers waiting for their Ford F-150 pickups might find themselves waiting even longer after a crash earlier this week. A train derailment in Missouri has put dozens of train cars off the tracks, and that means potentially dozens of trucks that will be scrapped before making it to customers.

The derailment (via The Drive) took place in northeastern Missouri on Monday. Missouri Highway Patrol reported approximately 33 Norfolk Southern railcars off the tracks, though later reports put the figure at 44. The train appears to have been transporting Ford pickups and vans from the automaker’s factory near Kansas City.

Each 89-foot Autorack, as the train cars are known, can hold approximately 10 pickups in a two-level configuration. That could mean as many as 440 trucks were involved in the wreck. Vehicles on train cars are generally only secured with wheel chocks, meaning that it’s likely most (if not all) of the vehicles involved have sustained serious damage.

The mess of train cars and trucks will likely take days to clean up, if not longer. Then the railroad will have to assess possible damage to the tracks and railbed. It could mean that the Ford pickups that are ready to ship will be delayed waiting for new railcars to be able to make it to the factory.

No matter what the outcome and damages to these vehicles, it’s likely that Ford will want them back so they can get those valuable semiconductors to put into other Ford vehicles as quickly as possible.

The systems from BMW, Tesla and Subaru were also tested Driver monitoring makes sure the driver is paying attention to the road when...
Read more
Previous articleOnly 18 Novitec Ferrari 812 GTS N-Largo Will be Built
Next article2021 New York Auto Show Cancelled for Good