Hyundai spells out plans for next two years

An investor presentation from Hyundai Group that managed to slide under the radar has revealed more info about the electrification plans for Hyundai and Genesis over the next year. The plan will see a new smaller EV, a Kona replacement, confirms the Ioniq 6 sedan, as well as the Genesis GV70 electric. 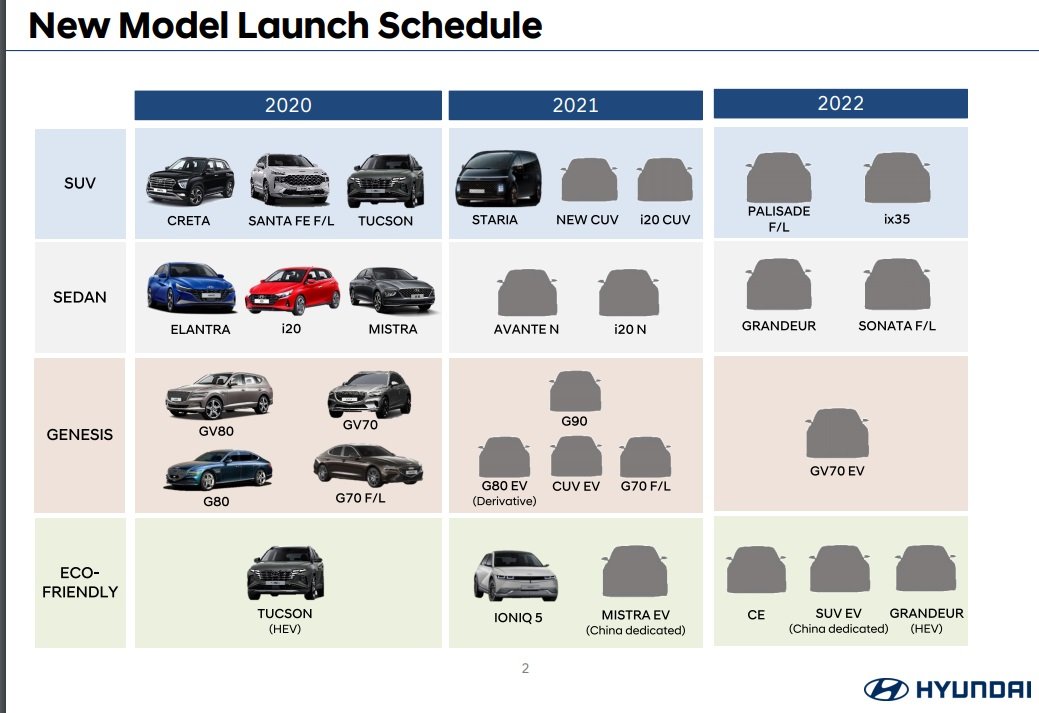 Multiple charts and graphs in the presentation, as originally spotted by Motor1 and elaborated by Car and Driver, shows that there will be a GV70 EV, and it’s coming for sure in 2022. The same slide says that other new models for Genesis including a yet-unnamed EV CUV will be coming this year, with a refreshed G90 also shown to be joining the G80 EV, and already-seen refreshed G70. Expect the GV70 EV to match the Electrified G80 and be simply the gas vehicle with a revised powertrain. While the launch is expected for 2022, we’re not sure if that means North America for 2022 or not. 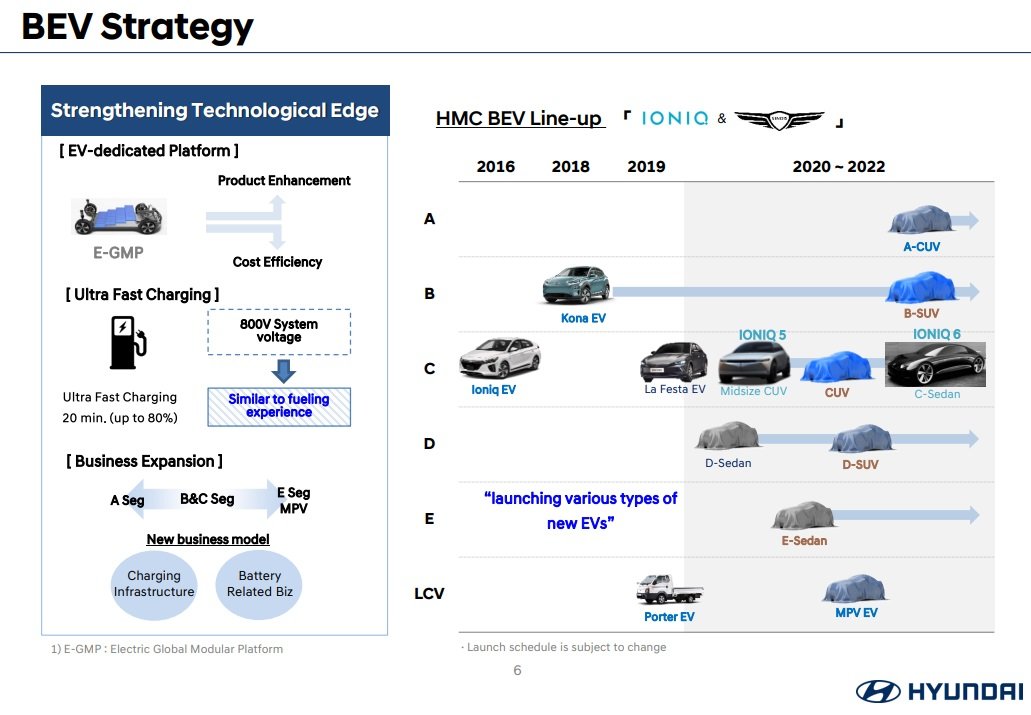 The Ioniq 6 C-segment sedan is named and is shown with the Hyundai Prophecy concept car that was shown last year. If it’s anything like that model, expect it to be more luxurious (and more expensive) than the Ioniq 5, though, again, being a car instead of an SUV makes it a challenge or here. Other Hyundai and Genesis upcoming EVs on the chart include a D-segment (Sonata-size) sedan and SUV (Santa Fe size) as well as an E-segment sedan (though that one may be the G80 EV).

On the gasoline side of the equation, based on the presentation expect a refresh for the Sonata sedan for next year as well as for the Hyundai Palisade crossover.

Its declining reliability is at fault. Ford’s quality has suffered over the last few years. Not quite two weeks ago, Consumer Reports (CR) released...
Read more
Previous articleGenesis Teases G70 Wagon
Next articleRivian Shares Some New Details And Specs On The New R1T