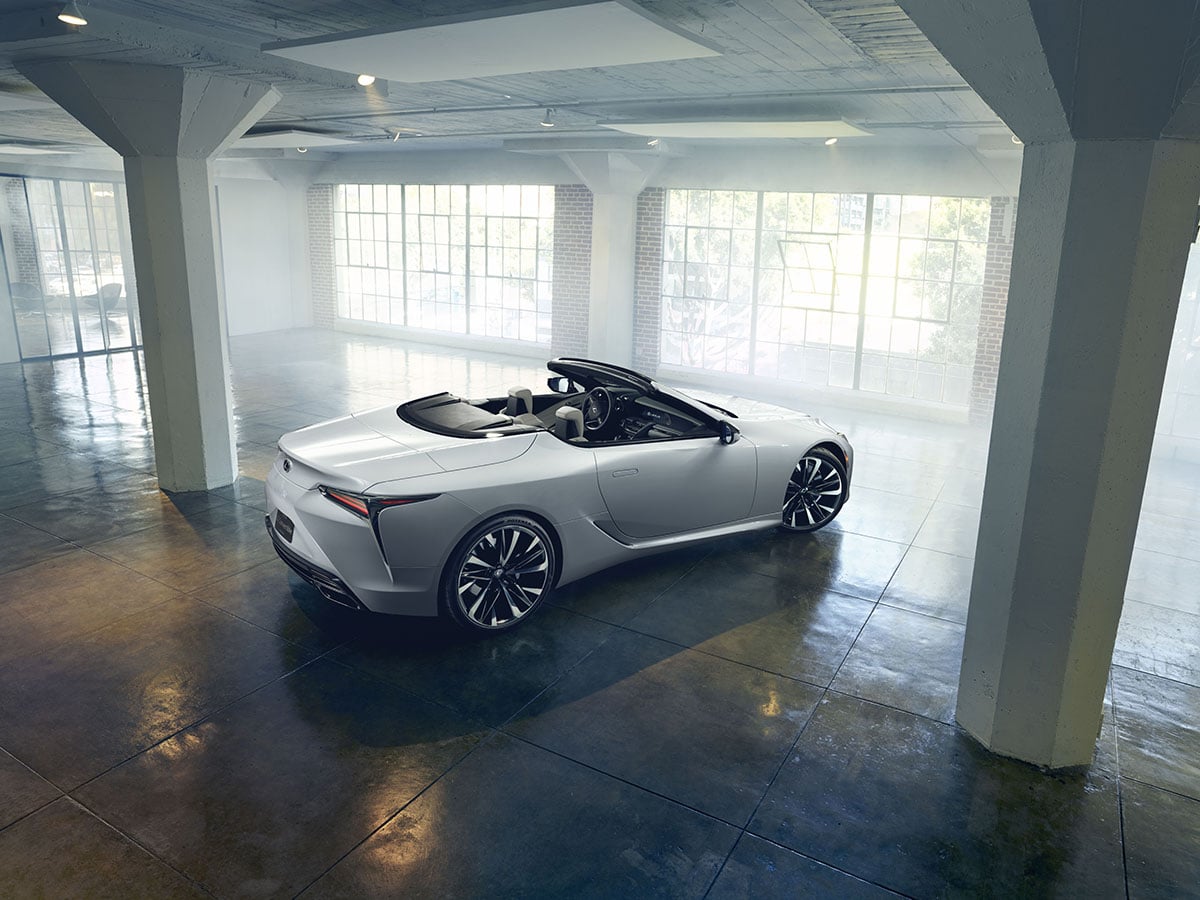 There’s a Lexus LC Convertible headed to the Detroit Auto Show, and it’s absolutely gorgeous. It evokes the kind of passion auto enthusiasts don’t usually get from a Lexus product.

It features massive 22-inch wheels, short overhangs and a long rear end that in a way reminds us of an Audi R8 roadster when seen from the side.

Sure, Lexus does very well selling sport utility vehicles, but its performance rep needs a bit of love. A new convertible version of the flagship Lexus LC would certainly provide that.

We’ll be seeing the convertible LC in concept form next week at the Detroit Auto Show, but there aren’t any definite plans to bring it to production just yet. That said, Lexus brass seems to think the Lexus LC Convertible would be a good idea.

“This concept takes the unmistakable design of the LC coupe and reimagines it as a future convertible,” said Tadao Mori, chief designer of the LC Convertible concept.

Further in the press release we read: “A production version of this concept would be exhilarating in many different ways. You would see its dynamic lines as you approach, hear its engine when you started it up and feel everything around you once on the road. It would engage the senses in a way that is unique and exciting every time you got behind the wheel,” said Mori-san.

What this all means is that Lexus is thinking about a convertible LC. Will it be a new version of the current model or available when Lexus redesigns its halo car, who knows.

What we do know is that an open top LC would fit with the coupe version’s overall personality. The LC is a proper grand tourer that has the performance goods, but that can also be enjoyed cruising down the highway.

Unplugged will sell wings and fenders made by Koenigsegg Will use same carbon fibre Koenigsegg uses on its hypercars Is it a stretch to...
Read more
Previous article2019 Honda Passport Picture Gallery
Next articleThe Audi RS6 Avant is coming to North America